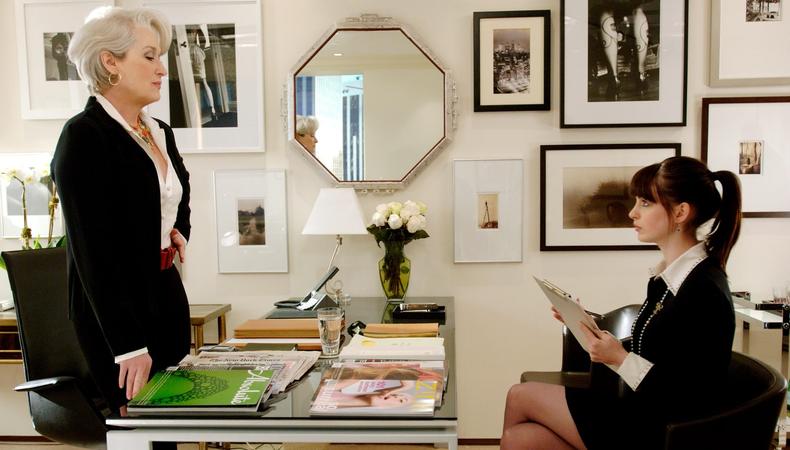 A lyricist? For “The Devils Wears Prada” musical? Groundbreaking.
The Broadway-bound musical adaptation of the hit 2006 film “The Devil Wears Prada” is rounding out its all-important creative team. Joining previously-announced book-writer Paul Rudnick and composer Elton John will be Shaina Taub, who will pen the lyrics. Taub, best-known for her compositions for The Public Theater adaptations of “As You Like It” and “Twelfth Night,” also performed in the Off-Broadway productions of “Hadestown” and “Natasha, Pierre & The Great Comet of 1812.” No timeline is in place currently for the production, which has not yet found its director. However, the writing trio is said to be at work on the material already.

A new Eliza will dance all night—on Sundays.
The currently-running Lincoln Center revival of “My Fair Lady” has announced that Kerstin Anderson will play the ingenue Eliza Doolittle for Sunday performances. Anderson, who recently concluded her run as Maria on the national tour of “The Sound of Music,” will share the role with Lauren Ambrose, who was nominated for a 2018 leading actress in a musical Tony Award for her performance. Both Elizas star opposite Harry Hadden-Paton in the role of Henry Higgins, who will continue in the track full time.

“A Bronx Tale” says hello to new cast members before saying goodbye to Broadway.
Though “A Bronx Tale” has announced that it will close on Broadway Aug. 5, it will welcome a few new members to its company before doing so. Until closing, Gerald Caesar, a former swing in the movie-turned-musical, steps into the role of Tyrone, Frankie Leoni will make his Broadway debut in the role of Young Calogero, and Kimber Sprawl, an alumna of “Beautiful: The Carole King Musical,” will play Jane. The actors join a company that currently includes Chazz Palminteri, who wrote the book for the tuner, as well as starred in the original film on which it’s based.

Big names lead a 12-hour gig.
A slew of stage and screen stars have signed on for Animus Theatre Company’s “12-Hour Reading Festival,” the annual send-up of a chosen playwright. Held at Broadway’s Circle in the Square Theatre on July 19, this year’s installment will star Carol Kane, Grace Gummer, and Christine Lahti, and will showcase Pulitzer Prize winner Beth Henley. Featured works will include Henley's “Crimes of the Heart,” “Ridiculous Fraud,” “Impossible Marriage,” and others.

Casey Mink
Casey Mink is the senior staff writer at Backstage. When she's not writing about television, film, or theater, she is definitely somewhere watching it.
END_OF_DOCUMENT_TOKEN_TO_BE_REPLACED