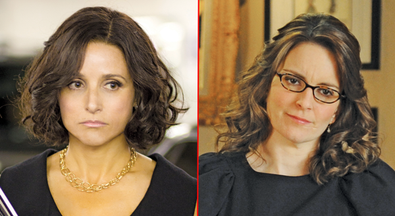 As the number of women producing and creating television series has increased, the director’s chair remains a solidly male domain.

It catalogued a 1 percent increase for men from its previous study, while overall the number of female directors remained static.

That was a 1 percent increase from 2010–11 and a 5-point jump from the late 1990s, when women occupied 21 percent of those jobs. As the fight for equality behind the scenes continues, the DGA singled out several of the worst-offending shows that failed to hire a single female or minority director in 2011–12. Among those was HBO’s “Veep,” whose Julia Louis-Dreyfus won the Emmy Award for best actress this year, and the CW series “Supernatural.”

“I can tell you that increasing director diversity is as simple as hiring more women and more people of color,” Lesli Linka Glatter, co-chair of the diversity task force of the DGA national board, said in a statement.

“It’s time that every producer, every showrunner, every person responsible for making hiring decisions in episodic television take a careful and honest look at their hiring practices and ask themselves how they can do better.”

The DGA’s findings were released on the heels of a report by San Diego State University’s Center for the Study of Women in Television and Film, which found that women comprised 26 percent of all series creators, directors, writers, producers, executive producers, editors, and directors of photography on prime-time broadcast television programs during the 2011–12 season.