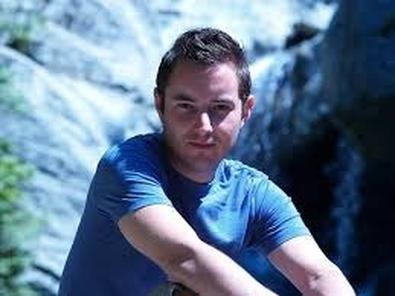 Nearly 15 years ago, Josh Pultz came to New York and got an internship with the Douglas, Gorman, Rothacker, & Wilhelm Talent Agency (DGRW), and hasn’t left since. What sounds like a talent agent fairytale was nothing Pultz ever actively pursued. He says he had little idea about about what it even meant to be an agent before he started.

“I don’t think anybody wants to be an agent,” he says. “I think that you learn what an agent does and then you fall in love with all of the good things about it, which are, ultimately, helping people realize their dreams.”

With 15 years under his belt, Pultz is still an actor’s biggest advocate.

On the misconceptions about talent agents.
“I think perhaps [people think] that we are less approachable than we actually are,” he says. “For example, I think I get a lot of questions about how people should keep in touch with me, and I always say that people should send me mail. And I think that that often frustrates people, because we live in a world where it’s all about instant connectivity with email and text and phone calls…but I open every piece of mail that comes across my desk, and I call people in via headshot and résumé in the mail all the time. So I think that sometimes folks think that that’s maybe an empty promise, but that is not true.”

Finally, Pultz feels one major thing people don’t realize is that “as hard as it is for a client or an actor to hear a no, when the agent hears a no, it cuts as deeply as it does for the performer. And while as a performer, you may have to hear that once a day, as an agent with 100 clients, we maybe have to hear it 20 times a day.

“So…maybe there’s not a good understanding of how the agent reacts either to disappointment or to celebration as the actor does—we feel those things. It is a business, but it’s not only business to us.”

On how he chooses clients.
With 120 clients split among four agents, Pultz says DGRW is relatively small as far as New York agencies are concerned, but the quality of talent is unmistakable. With so many submissions, how does Pultz choose?

“There’s really no equation for it,” he says. “We see someone that we like, we respond to what they’re doing…and it’s just like when you watch a television show or you see a star turn on a Broadway show…You really know it when you see it. So somebody opens their mouth and starts to sing, and you know it’s special. Or you see them on camera and you know that they have something special, and I couldn’t really put a word into that…some people call it charisma, some people call is star power, but you really know it when you see it.

For Pultz, talent isn’t all that matters in a potential client; he says other important qualities are “someone who really has a good sense of who they are, a good sense of where they should be now, and where they are realistically going to go. And more importantly, who is also a nice person.

“When you put all of those things together, that equals an ideal client for me,” he says.

On when an actor is ready for representation.
You might think you need to seek out advice to answer this question, but Pultz says, “I think that’s less of a question for an agent, and more of a question for the actor.”

He says that it’s an agent’s job to get you into those audition rooms, but “in those rooms are gonna be people who are at a certain level, so it’s about the actor being ready to be in the those rooms.”

“A lot of my clients who you see in movies and on television started [in theater], and I think much more in New York than Los Angeles, we’re not about making stars overnight, we’re about building careers. And the foundation of many of those successful careers are in the theater,” he adds.

On your quest for finding an agent.
Pultz certainly doesn’t discourage actors from searching for an agent—he’d be out of a job if he did. But as an advocate for actors, Pultz says, “Don’t let your search for an agent trump your search for the next opportunity.

“I feel like people will focus their search solely on getting an agent to the detriment of auditioning and meeting casting directors, and trying to book their next job,” he says. “I think that the search for an agent has to be done in tandem with all of those things, and making sure that you are ready for the next opportunity, and looking for the next opportunity can only help you in finding an agent.”