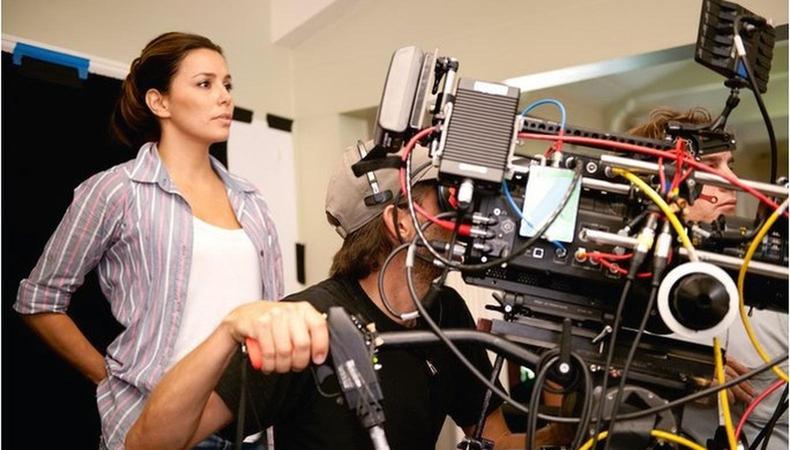 Actors often make great directors. This isn’t an accident. Many of the skills used in acting are transferrable to directing, but with these strengths come some challenges. Here are a couple of key ideas that have helped me whenever I’ve worked as a director. I’ve focused, in particular, on film, television, and new media, but many of these ideas will be useful in the theater as well.

Choosing your project.
I always try to select projects where I have a healthy interest in the subject, story, and genre. Be selective and trust your instincts. Choose projects that are well written or if you’re writing the project, put a lot of time into honing your script before hitting the go button. Today we have the luxury of being able to produce content with a low budget, which is great, but if you don’t select something good at the outset, you will be up against it from day one.

Recruiting your people.
It’s quite possible you may not get much of a say but if you do, try to gather people who have a similar outlook on the project, who are hardworking, and who will be fun to work with. If you see a future in directing, a good question to ask yourself is whether you would enjoy working with and growing alongside these people over multiple projects. Build your team that way. If you’re on a low budget production, give everyone slight promotions. For example, choose someone who works in the art department to be your art director. Or make an assistant editor your editor. This gives them a chance to further their resumes, learn new skills, and give them added motivation.

Casting.
Don’t just cast your friends unless you know they’ll work really well in the role. You want to find actors who can grow from the experience, but also actors who can embody the character in a way that works for you and match well with the other cast members. Above all, your actors must have a great attitude, be hardworking, and have a genuine enthusiasm for the material. In Los Angeles, a lot of emphasis is placed on casting name actors but there are many great actors out there who haven’t yet had their “break,” who would give their right leg to be involved in your project. Be thorough, try to see as many people as you can, and always be encouraging. Actors work best in auditions when they feel like they are being supported.

READ: Ready to Start Writing Your Own Content? Here’s How

Think like an actor.
“How would I like to be directed in this scene?” Two ideas I have found useful are acknowledgment and ownership. Always acknowledge what’s working. A lot of directors forget this but it gives the actor confidence and makes it easy to guide them away from choices that might not work as well. And wherever possible, help the actor discover the moments in the scene. Avoid line readings; avoid directing with “don’t do that.” If the actor feels like they have discovered the choices then they will feel ownership and potentially make these crucial moments more special than you had initially thought possible. There’s a trick to this approach, but its very powerful and it works.

Make decisions.
One of the hardest things to get used to is decision making. This pressure can be eased somewhat with very thorough planning. But you will still have to make many decisions on the day, both big and small. So make them. Avoid stalling on key decisions. This instills confidence in your team and also means you can focus on the next decision earlier. We can’t predict how something will play out until we try it and, over time, we learn from our mistakes. You have nothing to lose by trusting your instincts and everything to gain by being positive and keeping the production in motion.

Trust those around you in post-production.
Their skills and experience will more than likely be more useful to the production at this stage than yours. Conversely, remember that as the director, you are responsible for everything the audience sees and hears as well as making sure the overall vision is fulfilled and the story revealed to the audience in a way that you and have intended. In truth, post-production is a very complex area involving several stages. A good book to read for perspective on all of these things is “Making Movies” by Sidney Lumet. This is a fantastic read from one of the greatest directors of all time and valuable resource.

Good luck, I hope this helps.