The Dissonance of Dissidents 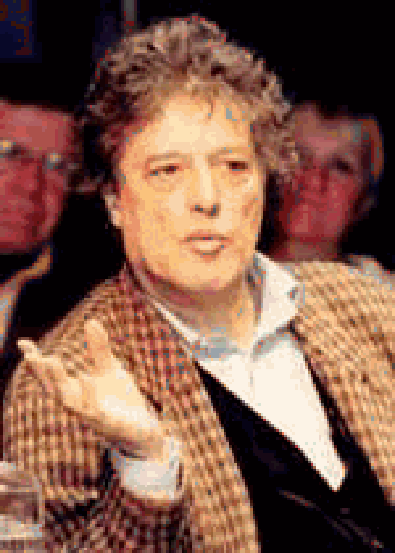 Few theatres in America can boast a partnership as fruitful as the one between Philadelphia's The Wilma Theater and playwright Tom Stoppard. Already a major producer of several Stoppard works, including the East Coast premiere of "The Invention of Love," the Wilma and the Philadelphia Orchestra are now joining forces on a rare staging of Tom Stoppard and Andre Previn's collaborative work, "Every Good Boy Deserves Favor," a black comedy concerning a political prisoner and mental patient confined in a Russian insane asylum. Featuring the entire symphony orchestra and six actors, including Tony Award-winner Richard Easton ("The Invention of Love"), director Jiri Zizka's limited-run production marks the first major theatre event at the city's Kimmel Center for the Performing Arts. We spoke with Mr. Stoppard by phone recently while he was working in the south of France.

With a symphony orchestra and six actors, "Every Good Boy Deserves Favor" is a difficult show to stage. Is it fair to call this a rare production?

I've heard of several symphony orchestras here and there which have done it, but, of course, it's relatively infrequent, yes.

And it was also adapted for a chamber orchestra?

Yes, Andre did re-score it for an orchestra of about 30 musicians. Originally, the London Symphony Orchestra performed it three times at the Royal Festival Hall, and that production transferred to a regular theatre where it performed for quite a long time with an orchestra of 30.

Was the script done simultaneously with the music or did the script come first?

The script came first. I can't read music; I can't talk music; I can't even hum. (Laughs) I met Andre at the Greenwich Theatre where I was involved in a translation of "The House of Bernarda Alba" and Andre's wife, Mia Farrow, was in it.

Andre said, "If you ever write anything with a symphony orchestra, then I'm your man." "Oh, I'll do that," I said. But I didn't have anything in mind. It took me well over a year before I actually I had an idea.

Once you talked to (Russian dissident) Victor Fainberg, it all sort of came together for you?

Yes, Victor and other people. I was marginally involved with various activities, which were concerned with the incarceration of Russian citizens in mental hospitals. As a matter of interest, I've just written a play about Russians in the 19th century ("The Coast of Utopia") and, in researching that play, I've discovered that the practice of calling a dissident mad had this precedence in the 1830s and wasn't invented by the Soviets. However, the Soviets put it into general use and that practice took on a much crueler form in the U.S.S.R. with quite a number of instances of people like Victor being put into asylums.

Did "The Coast of Utopia" change your perception of "Every Good Boy?"

Yes, in the sense it gives you a deeper understanding of where dissent came from. It's interesting to follow the story of dissent right through to Lenin. I think Lenin was born the year that Alexander Herzen died, Herzen being the main character in "The Coast of Utopia."

"Every Good Boy" features one of your most musical texts. Was that a conscious decision?

I can't claim to have made a conscious effort to make it more musical. I write the way I write pretty much whatever I'm doing, though of course the subject and tone changes. I remember that it was very difficult to do it at all until I began, and then I did it quite quickly. Andre played me some piano parts, though I didn't know essentially what (the music was) until the orchestra started rehearsing, and then it was, of course, very exciting for me. I also remember that the orchestra (the London Symphony) initially were not thrilled with these actors colonizing their space. They hadn't been involved with anything like it. This was real theatre with three acting areas and a dramatic momentum involving a half-a-dozen actors. Trevor Nunn made this brilliant choice to begin (rehearsals) by letting the orchestra sit as an audience while the actors performed the play without music. The orchestra liked what the actors were doing, and from that moment they became wonderfully cooperative and enthusiastic. People who were formerly wondering if they could play a violin with three inches less space were suddenly volunteering to move chairs to help out an actor. It was very touching.

I think it's more important to note that discordant notes are part of the social and political system here; it's not something that gets you put in jail. At the time I was writing "Every Good Boy," I think the point I really wanted to make was that although things went wrong in the West, and freedom was not perfect and there were certainly abuses occurring, when you contrast them, you find that what is an abuse of the system in the West was a system in perfect order in the East. I would say that if I had a self-conscious message, that was it. But the play conducts itself on the level of a black comedy, which is very frequently the response of the real dissidents, the ones who are getting it in the neck.

You obviously have a special rapport with the Wilma. Could you describe your relationship with the artistic directors, Jiri and Blanka Zizka?

The Wilma is one of the very few theatres in America where I have a friendly, personal relationship. Essentially, from the time I met them at a theatre conference, I admired them. I admired the way they ran their theatre, their policy. I don't mean doing the plays of Tom Stoppard, but I like their policy of doing new work. And I like the fact that they're successful, in the sense that they have a very dedicated constituency around them. And believe me, you have to earn that.