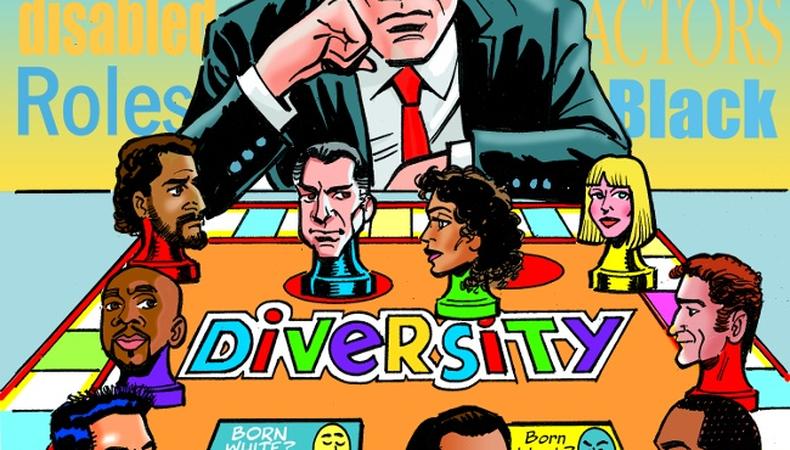 This year, pilot season was all about one word: diversity.

Every project that crossed my desk made an honest attempt to incorporate minorities into their casts. And this was true for all the roles, not just parts written for specific ethnicities.

When I first started working as an agent, getting minority actors a shot at series regular roles wasn’t that easy. Sure, if the character was black, casting would bring in all my black clients. But if the role wasn’t written for a specific race, it would always end up going to a white actor.

I remember one time when I pitched a black actor for the part of a lawyer who works at the public defender’s office in the Bronx. The casting director liked my client but refused to see him because one black actor had already been hired and the network wanted the rest of the cast to be white.

I tried to explain that in the real Bronx, a white guy would be the minority, not the other way around. She told me to lighten up. To this day, I’m not sure if she was being ironic.

This kind of thinking has always limited minority actors, but conditions used to be worse. Back in the day, casting directors and their employers never thought twice about hiring a white actor to play an ethnic part.

If you want to have a sad laugh, take a look at these movies:

Everyone loves “Breakfast at Tiffany’s,” but I’ve never been able to get past Mickey Rooney playing an Asian character. I’m not sure what’s more offensive: Rooney’s over-the-top portrayal or the massive buckteeth they shoved in his mouth.

In 1958, Orson Welles directed a crime thriller called “Touch of Evil.” The film is set in a sleazy border town where the Mexican drug enforcement official has to face off against a crooked American detective. Believe it or not, the part of the Mexican narcotics officer was played by Charlton Heston, the whitest man in Hollywood. All they did was darken his skin and he was good to go.

Mexicans got the short end of the casting stick again in a movie called “Walk Proud.” Produced in 1979, teen star Robby Benson played Emilio Mendez, a kid from East L.A. who’s in a Chicano street gang. If you don’t recognize Benson’s name, please take a moment to Google his image.

Are you done laughing? Yes, Benson was whiter than snow with bright blue eyes. He was able to play the part by getting a fake tan and dark contacts.

Can you imagine what would happen if those casting choices were made today? Luckily, this kind of thinking is a thing of the past. Or is it?

There’s another minority you rarely see in films or on television. And when you do, they’re usually portrayed by performers who aren’t the real thing. I’m talking about actors with disabilities.

Here are a few examples:

NBC recently produced a new version of “Ironside,” an old show about a detective in a wheelchair. The part was played by Blair Underwood, not a disabled actor.

The show “Glee” has a character named Artie Abrams, a student in a wheelchair. That part is played by Kevin McHale, not a disabled actor.

Billy Nugent is a character who has paralyzing muscular dystrophy on the FX show “Legit.” He’s played by DJ Qualls, not a disabled actor.

So it’s safe to say the industry has come a long way, but there are still miles to go. Till then, let’s hope the good people who run Hollywood remember that we live in a diverse world, and it would be nice to see all diversity reflected in the content we watch.