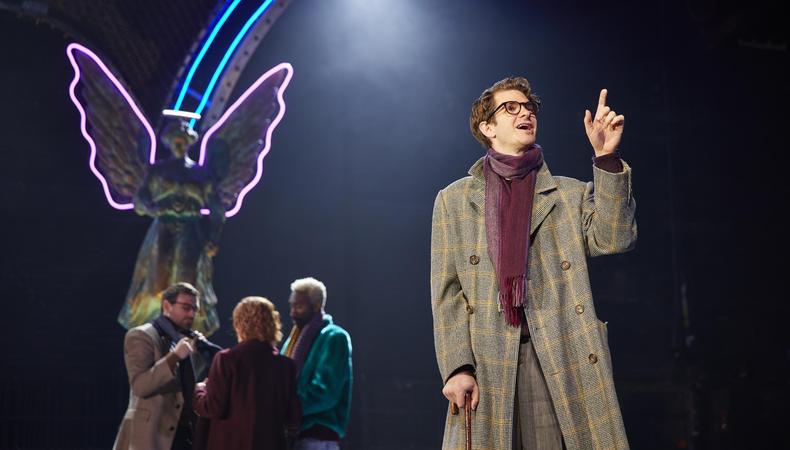 The 84th annual Drama League Awards will herald in a particularly distinguished group of theatermakers, judging by the list of nominees announced this morning.

Presented by Harriet Harris, Julie White, and Christopher Sieber at Sardi’s Restaurant, the list of 2018 nominees include both Broadway and Off-Broadway greats. Among those in contention for this year’s Tony Awards are several Broadway productions opening this spring: “Carousel,” “My Fair Lady,” “Summer: The Donna Summer Musical,” “Mean Girls,” “Frozen,” “Travesties,” “Saint Joan,” “Three Tall Women,” “Lobby Hero,” “The Iceman Cometh,” “Children of a Lesser God,” “Angels in America,” “Harry Potter and The Cursed Child: Parts One and Two.”

The Drama League’s list of nominees for the Distinguished Performance Award, which annually recognize the season’s best actors, include several stars who will be eligible for 2018 Tony nominations. As the distinction can only be given once in an actor’s lifetime, the League also singled out those previous recipients who nevertheless deserve recognition this year: Norbert Leo Butz for “My Fair Lady” and “The Whirligig,” Kathleen Chalfant for “For Peter Pan on Her 70th Birthday,” Nathan Lane for “Angels in America,” John Lithgow for “John Lithgow: Stories by Heart,” Mark Rylance for “Farinelli and the King,” and Bernadette Peters, the new star of “Hello, Dolly!”

The 84th Annual Drama League Awards will be held at the Marriott Marquis Times Square May 18. As was previously announced, this year’s Distinguished Achievement in Musical Theater award will honor the one and only Idina Menzel. The Founders Award for Excellence in Directing will be presented to Broadway mainstay Casey Nicholaw, while the Unique Contribution to the Theater distinction will be given to the National Endowment for the Arts.

First awarded back in 1922 before even the Tony Awards, the Drama League’s awards are the oldest theatrical honors in the country. They are voted upon by members of the Drama League, an impressive cross-section of the theater community. For more information and a full list of nominees, visit dramaleague.org.

Jack Smart
Jack Smart is the awards editor at Backstage, where he covers all things Emmy, SAG, Oscar, and Tony Awards. He also produces and hosts Backstage’s awards podcast “In the Envelope” and has interviewed some of the biggest stars of stage and screen.
END_OF_DOCUMENT_TOKEN_TO_BE_REPLACED