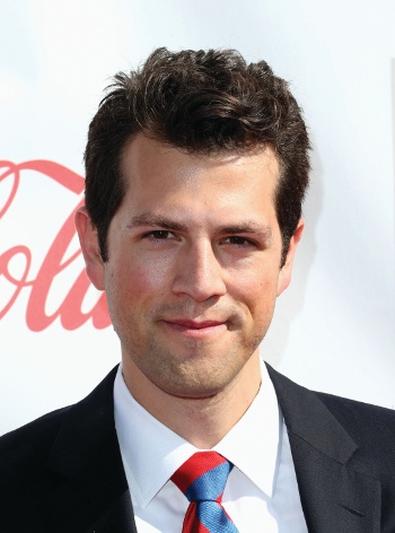 Drew Baldwin is the executive producer of the Streamy Awards, co-founder of Tubefilter, and executive director of Social Media Week Los Angeles.

Awards usually help actors keep working; does winning a Streamy serve the same purpose?
Certainly winning a Streamy Award is a boost to your career. It helps with getting recognition and getting noticed by brands and other sorts of traditional benefactors, whether they’re development executives or studios. I think a lot of programs and creators have been leveraging their award recognition as a validator. It makes it easier for you to move forward if you’re trying to get new work or projects off the ground.

What can producers do to get their Web series seen?
I think collaboration is a big part of the strategy. A major artist breaking a new artist has been happening in the music business for a long time. You can see the same thing happening on YouTube. Some YouTubers will borrow audiences from one another by working together. A great example of this is Hannah Hart and Grace Helbig in “Camp Takota.” This is an indie feature that was released on iTunes and online. Their audiences bled into one another.

Do you have any advice for actors?
Right now there are many, many opportunities to play those roles that you want to play if you just seize the opportunity and think less about being a passive player in this. Go and grab your audiences right now because the space is going to become saturated; now’s the time to invest in those passion projects.

This year is the fourth edition of the Streamys; have you noticed a change in online content?
In the beginning, we really saw Web video as independent television, where the unstated goal was distribution on TV. Television is a medium where there’s a limited amount of content opportunities; it’s exclusive and there are a lot of gatekeepers, so it’s extraordinarily validating to be on TV. But what we’re seeing more and more is there’s increasing engagement online with these types of programs.

So what we’re going to see is not shows that are born online and repurposed for television.
We’re going to see a coming together of media properties around these personalities that transcend video and are part of a much bigger business model that includes live events, sales, and merchandising.

We’ve seen some Web series migrate to television and expand their audience. Will that become the norm?
The authenticity still needs to be there. The direct-to-camera, first-person experience, which is a hallmark of YouTube programming…that is something that resonates with audiences very strongly and I don’t know how that’s going to evolve as more money flows into the space and into projects.

Are content creators making money on YouTube?
When you establish a channel on YouTube you can join the partner program and basically monetize your videos. YouTube then runs advertising on your videos. They basically sell them on the number of views. There’s so much scale in these runaway successes. Those pennies add up to six and seven figures pretty quickly, and there are so many opportunities they can layer on top of the revenue share. It’s the same way George Lucas thinks about “Star Wars.” It’s not just a film you pay to go see. It’s a lot of licensing agreements and toys and merchandising. That’s the way these YouTubers are successfully building businesses. The rev-share alone, unless you’re a super, super popular channel, might not be sustainable yet for people starting out.

Has the Web redefined the role of the actor?
Traditionally, to even be part of a project, you needed someone to make a decision about bringing you on. Now being a part of a project is not a challenge, it’s reaching audiences. You can produce things because the technology is there for distribution and the technology around recording is very accessible right now.

It’s the sort of hyphenated actor-producer that has really established himself or herself in online video. They’re more entrepreneurs than they are just traditional actors. But now online series and shows and channels are becoming so popular and funded that they’re just hiring talent to participate. It’s not necessarily a sweat equity situation. There’s compensated talent now and it’s starting to look a lot more like traditional casting on Web series.