Eddie Redmayne and Felicity Jones Talk ‘The Theory of Everything’ 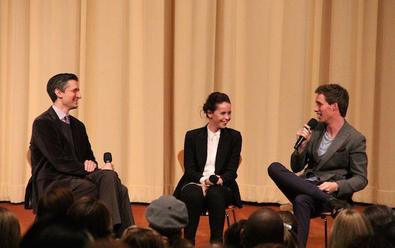 Eddie Redmayne and Felicity Jones sat down with Backstage and the SAG foundation on Nov. 2 to discuss their upcoming film “The Theory of Everything.”

The film, out now, follows famed astrophysicist Stephen Hawking and his wife Jane throughout their romance and Hawking’s declining health to due a motor neuron disease.

Of assuming his character’s physicality for the role, Redmayne told Backstage contributing editor Tim Grierson, “Through an active sort of deciphering we worked out what [Hawking’s] decline may have been and then I decided to work with a dancer who helped train my body to be able to go into the positions.”

See the entire conversation below.