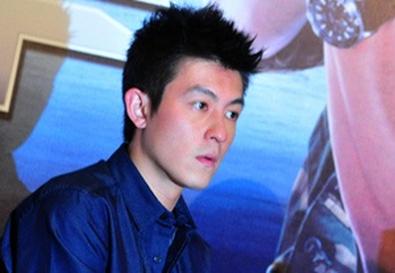 HONG KONG – Edison Chen will appear in his first movie since his career was derailed by a sex photo scandal more than a year ago.

The 28-year-old Chinese-Canadian actor-singer will feature in the English-language comedy, "Almost Perfect," which stars Kelly Hu, according to the Web site of New York-based production company Slew Pictures.

Slew Pictures founder Bertha Bay-Sa Pan is directing the movie, the story of an Asian woman who juggles the competing needs of her new boyfriend and her immediate family. Pan made the 2002 drama, "Face," starring Bai Ling.

It was not clear when the movie would be released. Slew Pictures' publicists did not immediately respond to an e-mail Monday seeking further details about the movie, and Chen's managers didn't return a call.

Photos that were leaked onto the Internet early last year showed Chen performing sex acts separately with eight female Hong Kong stars. The photos caused an uproar and forced the stars to suspend their careers.

A Hong Kong computer technician was sentenced to 8 1/2 months in jail in May for copying the photos from Chen's laptop.

Chen appeared in the 2002 hit Hong Kong police thriller, "Infernal Affairs," and in the 2006 horror movie, "The Grudge 2." He also had a cameo in the Hollywood blockbuster, "The Dark Knight," released last year.