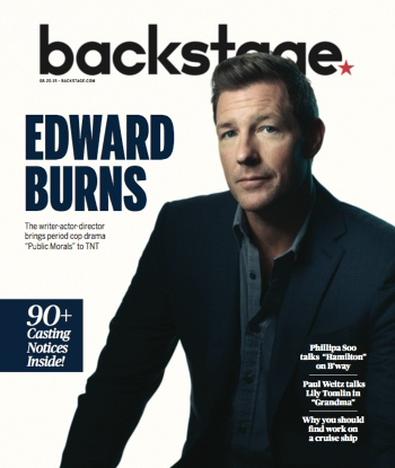 Edward Burns’ résumé boasts an impressive list of filmmaker credits, but “Stoolie,” “No Sleep Till Brooklyn,” and “Rainy Dog” are not among them.

At first glance, they’re his failures—scripts about Irish-American cops and gangsters he couldn’t get made over the course of his 20-year career as a microbudget indie moviemaker. But as Burns gears up for his new TNT crime drama, “Public Morals,” it’s the abandoned ideas that are providing his greatest inspiration.

“I was always fascinated with Hell’s Kitchen and the Irish gangs and tough guys that sort of dominated that area for 100 years—just New York City folklore and all these archetypes: the tough-talking Irish cops, the Times Square hookers and junkies, the Italian wise guys, the Dead End Kids, the Bowery Boys, and those types of characters,” says Burns, who grew up the son of an Irish NYPD officer.

“My dad didn’t tell me a lot of stories about being a cop, but there were, like, five he told over the years,” the filmmaker says. “Sometimes when they would lock up hookers, if they knew they were going to night court and the girls were going to have a long night in a jail cell before being processed, they would take the girls out for sandwiches or a hamburger or something before bringing them down to book them.”

The anecdote stuck with Burns, and he wrote the scene into five screenplays that never got made. “When this show got greenlit, I was, like, ‘Of course I’m writing this scene into one of these episodes,’ ” he says.

Premiering Aug. 25, the 1960s-set “Public Morals” focuses on the NYPD as it tries to keep the peace when a war between two factions of the Irish Mob breaks out. “It’s a family saga and I dress it up like a gangster story, so I took two Irish-American families—the Muldoons, who represent the cops, and the Pattons, who represent the gangsters,” says Burns, who plays patriarch cop Terry Muldoon and is backed by a cast of veterans, including Brian Dennehy (“Death of a Salesman”) and Neal McDonough (“Justified,” “Suits”), and newcomers Aaron Dean Eisenberg and Keith Nobbs, among others. 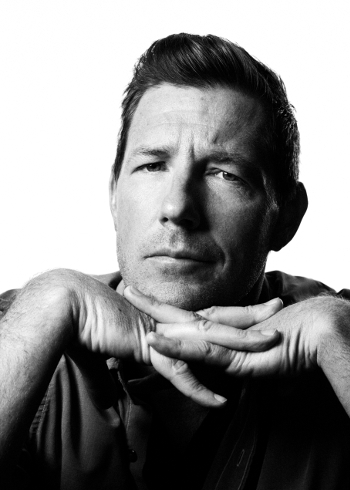 After his arc on the 2013 drama “Mob City” ended, TNT approached him about developing a show for the network, and Burns jumped at the opportunity to tell this gangster-cop story he’d been dreaming up for years.

Backed by executive producer and friend Steven Spielberg, the writer-director-producer-actor was poised to experience a career high after struggling in “microbudget film land” for some time.

“I got to the place where I thought about throwing in the towel on the idea of being sort of an ‘indie auteur’ after a movie I made [in 2007] called ‘Purple Violets,’ ” says Burns, his third consecutive venture that “just didn’t work.”

The film was released solely on iTunes, and Burns’ next project, “Stoolie,” a Hell’s Kitchen gangster drama, never amounted to anything more than an idea. “We just could not get it made,” he says, flustered. “I mean, we knocked the budget down from $7 to $5 to $3 to $2.5 million and still couldn’t find anyone to cut a check. So I called my agents and I’m, like, ‘Maybe I should look at taking a director-for-hire gig,’ and basically just go direct a studio romantic comedy and get a paycheck.”

His agents were “over the moon,” but as a filmmaker who’d honed his own personal style for over a decade, Burns was reluctant.

“I thought, Do I really want to give up my dream? I’d spent whatever it was at that point—15, 16 years—pursuing a certain thing. Even if my thing was out of style, it was still my thing,” he admits. “I owned my tone, and if I went and did this I’d be giving that up. I was, like, What if Bruce Springsteen just all of a sudden decided, Well, no one’s into my stuff anymore so I’m going to hire some songwriters and do a pop album?”

The tone that Burns was unwilling to cast aside began taking shape with his first film, “The Brothers McMullen,” the 1995 Sundance Film Festival Grand Jury Prize winner about three Irish Catholic brothers on Long Island dealing with love, marriage, and infidelity—the success of which he attributes to “tenacity. I was 25 and didn’t know any better; I didn’t know the rules and didn’t know I was breaking them.”

Partnering with cameraman Dick Fisher, whom he’d met while working as a PA on “Entertainment Tonight,” the then-aspiring filmmaker put an ad in Backstage: “Low-budget film seeks nonunion actors. No pay but will feed,” with a description of the characters.

Burns, living in an illegal sublet at the time, set up the submissions to go to his parents’ house. “My dad calls me up, like, ‘What the hell is going on here? We just got, like, 500 headshots,’ ” he says, laughing.

Over the next two weeks, another 2,000 headshots arrived, two of which belonged to future “McMullen” cast members Connie Britton (“Nashville,” “Friday Night Lights”) and Michael McGlone (“She’s the One”)—friends the director would end up keeping throughout his professional career.

“Eddie is a very intelligent, a very literary, and a very charming filmmaker,” says McGlone. “He puts people at ease and you feel genuinely good in his company, which creates an environment that people want to thrive in.”

From the beginning, the actor says he knew “McMullen” was going to be something special because “you just don’t have that much happiness in a situation if it’s not blessed.”

Shot in 12 days over the course of eight months, according to Burns, the filmmaker “used available light. You piecemeal it together based on the availability of the actors you weren’t paying and the crew you weren’t paying,” he explains.

After being rejected by every film festival, a chance meeting with Robert Redford landed “McMullen” at Sundance, after which it secured distribution by Fox Searchlight and grossed $10 million nationwide.

Burns went on to make several films, including “The Fitzgerald Family Christmas,” “Newlyweds,” and 2010’s “Nice Guy Johnny,” which he calls “McMullen 2.0” because of its ultra low-budget production.

“[We spent] $25,000, three-man crew, unknown actors. Everyone had to do their own hair and makeup, the actors had to wear their own clothes, [and] we wouldn’t pay for a single location.” Putting these budget parameters on the projects, Burns says, helped him fall back in love with the process of making movies.

“Eddie’s ethics and his vision of what he wants as a director have always been very strong and very clear and that’s never wavered,” says Britton, who adds that she and Burns are “touchstones” for one another in a business in which it’s easy to forget your roots. “That was such a special and unique time during ‘The Brothers McMullen,’ so I think when we see each other now it’s a really lovely reminder of both where we came from and how fortunate we’ve been since then.”

Peppered with stories from his father and scenes that never made it into failed projects, “Public Morals” is Burns’ “shot”—a story he’s been fighting to tell for a long time, and an opportunity he might have lost if he’d taken a director-for-hire gig.

“The winds will change, but don’t change with them,” he says. “Stick to your thing. For an actor who wants to make his mark, he’s got to own his tone—whatever he feels he does well, whatever is authentic to him. Whatever your thing is, believe in it and just follow through on it.”

From ‘Public Morals’ to Spielberg’s ‘Spies’

Every working actor’s dream is to be cast in an Oscar-winning director’s newest film. Martin Scorsese, Quentin Tarantino, James Cameron—who wouldn’t relish an opportunity like that?

Well, stick with Burns and that dream could become a reality, as not one, but two actors cast in “Public Morals” now have parts in Spielberg’s upcoming historical thriller “Bridge of Spies,” starring Tom Hanks.

The “Schindler’s List” director took one look at Austin Stowell’s audition for the TNT drama and said, “We need to cast that kid; he’s a movie star,” according to Burns.

“We were very lucky to have Steven watching,” says Burns. “I mean, he would watch every audition of everyone who had even the tiniest little part and be like, ‘Where did you find that one? He’s incredible,’ ” he adds, in a spot-on Spielberg impression.

In addition to Stowell was Stephen Badalamenti—an actor in his 40s who recently quit his job in advertising to pursue his dream of performing. “He came in to play the Italian wise guy and he was just so good,” according to the filmmaker, that Spielberg cast him to do audio work in “Bridge of Spies.”

“Here’s this guy who, basically, wasn’t really a full-time actor, and Steven watches his audition tape and says, ‘I got a job for him,’”Burns says. “Makin’ dreams come true!”