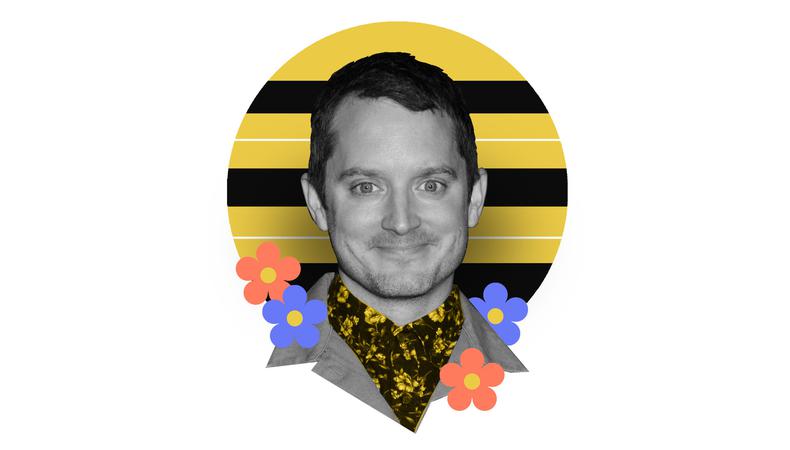 A lifelong actor in the truest sense of the word, Elijah Wood may be known for leading one of the biggest fantasy franchises of all time, but he’s more recently been putting his industry know-how and expertise in the performing arts behind indie passion projects via his SpectreVision production company. That includes his latest, “No Man of God,” in which he also stars. While he tells Backstage it was never his intent to play the real-life FBI analyst Bill Hagmaier opposite Luke Kirby’s Ted Bundy in the Amber Sealey feature, it proved an acting opportunity he couldn’t pass up. Below, Wood walks us through his process for building a character, memorizing lines, bettering himself over the years, and more.

I’ve heard you speak of this project in other interviews, and it seems like a particularly special one on your long list of credits.
Yeah, it does feel special. We fell in love with this script five years ago. So, you know, as is often the case with independent films, it takes some time to get these films made. We had a real, intense response to the material and the script. It was a story in Ted Bundy’s life that we weren’t familiar with, this relationship between him and Bill Hagmaier, and the script is largely based on transcripts of real conversations and the recollection of Bill. 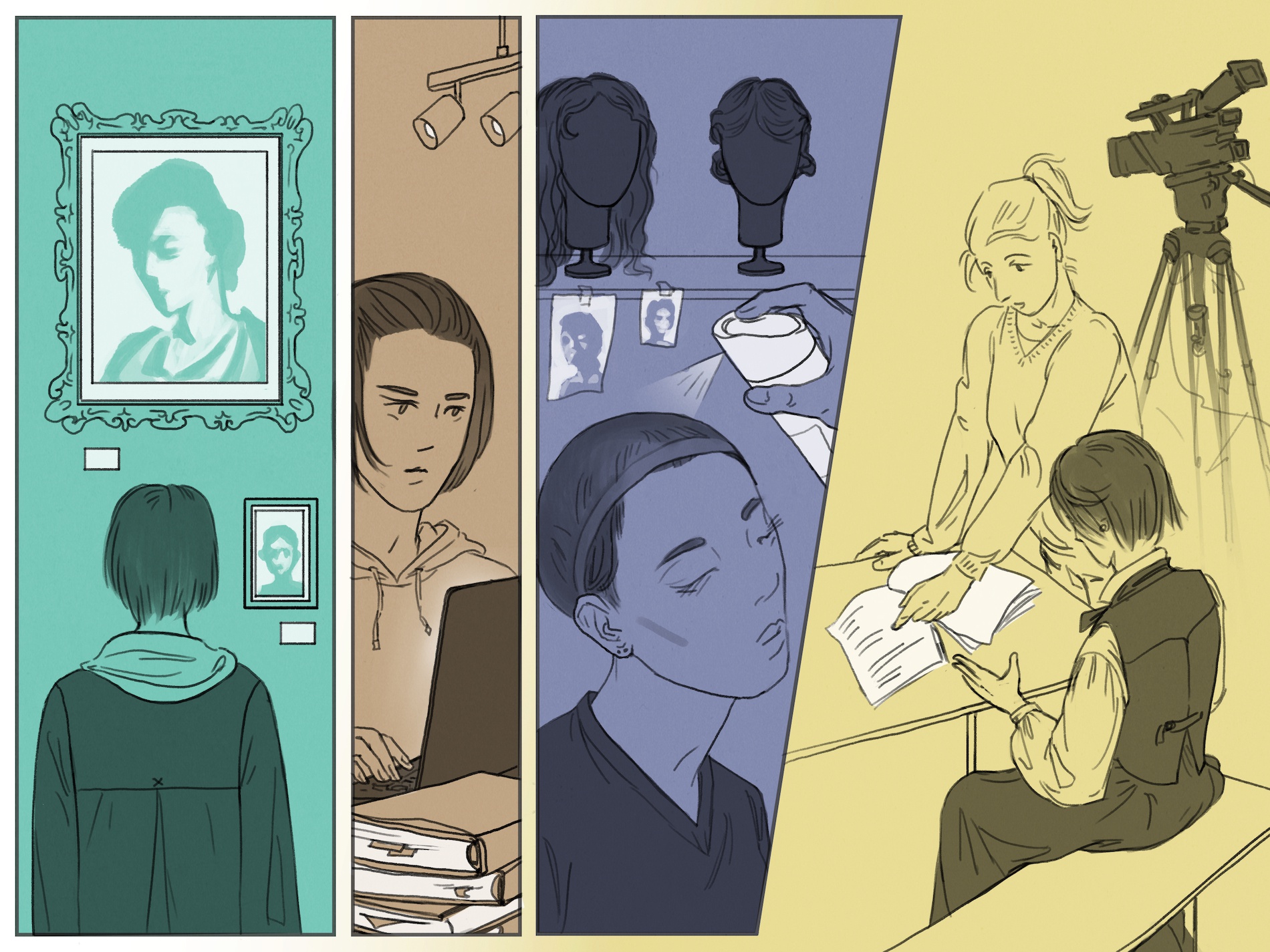 I’m being honest when I say everything that I read for our company, I never, ever think about whether or not there’s a role for me to play. I’m only ever reading to produce. And the few times that I have worked on any of our films as an actor, it’s always had to be brought to my attention that I should consider playing the role. And so that happened with this about four years into trying to get the movie made and it was looking like it was all coming together. I thought about it and I’d be an idiot not to. The script is so incredible, and the opportunity from an acting perspective was really exciting.

What do you feel like you took away from this project as an actor? What were the challenges along the way that ultimately made you better at what you do?
I think the unique challenge for me in this film was working within the constraints of Bill. Bill, by nature but also as an FBI agent, keeps a lot of his emotion in check, and keeps his cards relatively close to his chest, I think for a lot of reasons: to protect himself, and also as a means of not giving too much of himself away to the people that he’s interviewing. And so that presented a unique challenge because there's only so much I had to work with in regards to his internal life...and being able to show that his time with Ted is having an effect on him.

How would you describe your process for building that internal life?
It was just having an understanding of who Bill was, his connection to his family, his connection to God, which is significant. And then just within the context of every scene, specifically the scenes with Ted, looking for ways to show some vulnerability without it being explicit or saying anything. There was a fair amount of script analysis on this movie more than I’ve done before, simply because these conversations happened, and so much of the film is in that room with these two people, it was really important that we figure out the structure of those scenes. So that was a lot of the work, as well…. Just sort of working those things out so that we had a kind of architecture, if you will, of those sequences in advance so then we could play within the context of that on the day. That meant a lot.

Yeah. And it really is being able to have that opportunity to play, even in darker material, even in something a little more serious. You want to have that freedom to do what feels right in the moment.
Yeah, absolutely. And Amber was great. She’s a real actors’ director. She loves actors. She was an actor herself. You know, the great thing about those interview scenes is that we reshot most of them each in a single day because they’re so long, which gave us a little bit of wiggle room to be able to play around. And we would obviously approach it from a very traditional standpoint, but she would also throw wild curveball suggestions at us that seem wildly discordant. And in some cases, it’s like,that doesn’t feel right. But the sense of just going with something to see how it would feel and trying things out, despite the fact that maybe it didn’t feel right, would just yield really interesting results. And the fact that she was so keen on just trying to experiment and playing around was just the joy.

You mention the sheer length of those interview themes. Again, kind of getting to the roots of your acting process, how do you memorize your lines? Any tricks?
[Laughs] Yeah, it’s a lot. So, it’s a process of days of work, reading through the scenes over and over and over again. What was helpful is, you know, I spoke of breaking those scenes down; that starts the process, because you’re already getting so familiar with the structure of them. You’re familiarizing yourself so much with choices that are being made and the structure of the scenes already. And then it’s kind of each individual scene, trying to remember them, reading them multiple times over, not looking at the page, trying to remember what’s on the page, that kind of thing. And then Luke and I would get on Zoom and read through the scenes together every weekend. And then we would also sometimes end the day’s work rehearsing the next day’s scenes quickly. So it’s kind of this constant process, honestly. The scenes are probably the longest scenes I’ve ever encountered in a film that I’ve experienced.

Although, man, I have definitely encountered people in my life who memorize whole scripts, which is just, I mean, hats off to them. I’ve never done that, and maybe I should, because it would probably save me a lot of anxiety! But for us, it was a constant process of just revisiting scenes and then rehearsing them right up until we were we were doing them so they were nice and fresh.

As a final question for you: I’m curious to hear the advice you would give your younger self when you were first starting in Hollywood…
Oh, my God! Tell my younger self. Wow. Yeah. Well, a piece of advice that I got when I was younger that helped me then—I think it might have even been Mel Gibson that told me this, he said that you can always do better. The subtext of that is: There’s always something to strive for. There’s always something to learn. There’s always a way to grow. I think that’s incredibly true and an incredibly valuable piece of advice. You should never stop striving to do better work. It’s the fire in our engine. It’s what keeps us growing. There really is no top of the mountain in terms of the artistic process.

And then also a big thing to me as I got older, too, was just the integrity of everything. That can be interpreted in so many different ways, but what has always driven me is just having a kind of heart-response to material, and not let there be any outside forces that determine why I’m doing something, and leading with your own instincts and your own taste and letting those things guide you.

Benjamin Lindsay
Benjamin Lindsay is managing editor at Backstage, where if you’re reading it in our magazine, he’s written or edited it first. He’s also producer and host of a number of our digital interview series, including our inaugural on-camera segment, Backstage Live.
END_OF_DOCUMENT_TOKEN_TO_BE_REPLACED