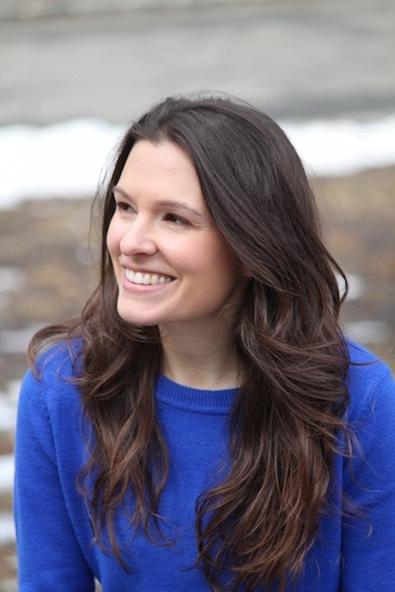 When Emily Whyte, a teacher of the Alexander Technique, moved to New York some years ago, she was focused on being on Broadway and being an actor for the rest of her life. But something was stopping her. “I found that there was a lot of tension and performance anxiety…just a lot of blocks that I felt I was experiencing whenever I was performing or auditioning—or being in front of that stimulus of being seen and heard, and it was really frustrating,” she says.

“I never felt like I could really let go, and when it happened it was very rare.”

But Whyte found comfort in the Alexander Technique, an educational method that teaches people how to eliminate unnecessary levels of muscular and mental tension in everyday life. “It’s all about awareness and helping people recognize a more intimate relationship with themselves,” she explains. “So it really helps you intimately recognize the habits that interfere with your freedom.”

She admits that though she’s now a certified teacher through AmSAT, Whyte avoided the technique after she first discovered it during a college semester abroad in London when she was majoring in musical theater. “Throughout that entire semester we studied [the Alexander Technique] privately every week and I remember that it was unlocking me in such a profound way that I actually was a little bit afraid of it.”

But since, Whyte’s learned to embrace Alexander, and is “passionate about sharing that with as many artists as possible,” coaching privately and in groups.

Whyte shares some insight about what you should know about the Alexander Technique and how it benefits performers.

It frees your channels of expression.
According to her, the technique works for “freeing the breath, the voice, and the whole expression of the body,” and creating realization about “how over-identifying we are with the head and how most actors get trained in a very specific way with text work, and they aren’t always able to then allow that to be expressed,” she explains.

“There is this whole other element of your presence that you’re presenting and communicating that’s very subtle, but is what we’re really drawn to—that subtlety of three-dimensionality or wholeness and spontaneity. So it opens up and frees impulses, it frees repeated performances so they stay fresh and new each time…because by breaking apart those patterns of habit in the process of the study of the technique, you then have access to allowing it to happen in performance and in life. So it allows that spontaneity to come through consistently.”

It’s excellent for injury prevention and overall health.
Whyte says that Alexander is also “fabulous” for injury prevention. “Consistent chronic patterns in health— everything from aches and pains in the head, neck, and back to even sinuses,” she says. “Anything chronic that is coming up consistently, the Alexander Technique facilitates awareness in helping you to break out of those patterns, ’cause it’s usually how we’re using ourselves on a daily basis that’s causing chronic discomfort and chronic pains.”

“Healthy posture is a byproduct of the process, [but] from my part, the Alexander Technique is all about freedom—freedom for expression and for life, so that you’re able to engage in any activity you choose without harming yourself and without stressing and straining yourself unnecessarily.”

Like this advice? Check out articles from our Backstage Experts!