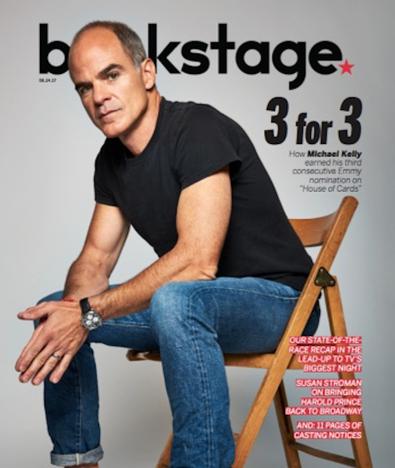 It took Michael Kelly seven years before he managed to earn a living as an actor. He was 30 years old. And even then, he didn’t quit his part-time job. It would take a decade more for him to land the role that changed his career.

As the laconic Doug Stamper on Netflix’s “House of Cards,” Kelly has proven himself to be the show’s secret weapon, embodying the cruelty of politics that the Kevin Spacey–starring drama so perfectly captures. That belated breakout role, which has earned him an Emmy nomination three years running in the supporting actor in a drama category, has opened plenty of opportunities. But it hasn’t changed the strong work ethic and pragmatic approach that has characterized this working actor’s decades-spanning career.

Sharing appetizers mere blocks away from where he’d worked (with a flexible schedule) at a small consignment shop for high-end designers, Kelly sounds wistful. That success didn’t come easily or quickly has given the actor some much-needed perspective. “If I had made that chunk of money when I was 20, it might not have been the same. If it had come that easy, I might not have appreciated it as much as I did as when it finally happened.” He remembers, if not fondly, at least with well-earned pride, rifling through Backstage to find auditions, hand-writing notes to go with headshots he’d send to casting directors, and volunteering at the Actors Studio to see the likes of Ellen Burstyn work on scenes with Arthur Penn.

“It was seven years of pounding the pavement and never for a second thinking, I’m not gonna make it.” He knew how naive that sounded even then, but Kelly never let himself imagine that things would work out any differently. After all, he’d gotten his degree in performing arts from Coastal Carolina University and had soon afterward worked at a children’s theater in Myrtle Beach. Surely that meant he’d become a professional actor. There was no way around it. 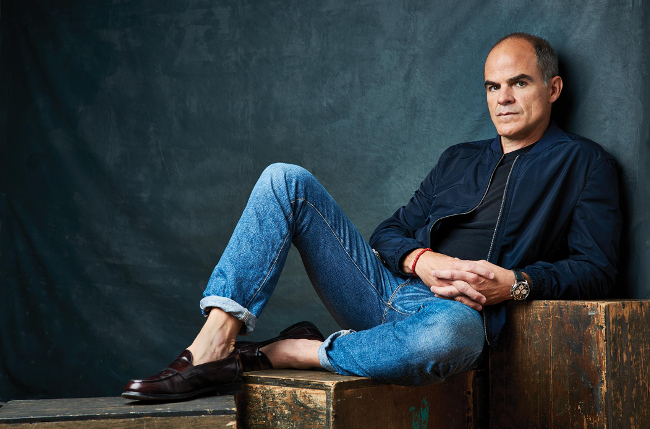 Kelly’s grit and determination eventually paid off. His volunteer work at the Actors Studio led him to become a lifetime member of the famed institution when he was only 26. He slowly began booking more roles (on shows like “Law & Order” and “The Sopranos”), and then he got to work with Clint Eastwood on his 2008 film “Changeling.” It wasn’t until he was consistently working and auditioning that he finally quit his part-time job. Then he went from hoping he’d nab one pilot audition in a single season to juggling three or four a day, an exhausting exercise that he had to remind himself meant he was being noticed and seen.

Nevertheless, he’s painfully aware of how exceptional his story is. “I have so many friends who are equally talented, or even more talented,” he says without false modesty, “and they just never got their shot, their chance. I mean, even if you get your chance, you gotta get another chance. Then another chance. And then another. It has to be good and seen by someone—and even then you’ve got to get more chances! You really have to be lucky.”

Part of Kelly’s own good fortune came courtesy of those willing to help him in the process. He not only credits the many friends who were supportive as he chased down roles, and Penn, who was instrumental during his time at the Actors Studio, but also his current “House of Cards” scene partner; the Oscar-winning Spacey was one of the reasons Kelly was drawn to the ambitious political drama in the first place. “He was someone who was already one of my favorite actors when I auditioned. Even today, sometimes on set, I’ll be like ‘He’s that good!’ You see him figure it out on his feet in the moment.” It’s helped him loosen up, even as his own “House of Cards” habits remain as unbending as his character’s demeanor.

When shooting in Baltimore, Kelly stays in an apartment that’s a study in minimalism and whose sparse decor helps him get into Stamper’s head. He works out regularly and makes the bed every day (“My wife will you tell you I’m not as good with that at home!”). And, not one to let a drive from New York City to Baltimore go to waste, he spends his commuting hours listening to his lines for that week, which he records himself. It’s a disciplined approach that would make Stamper proud.

More than a co-star, Spacey has served as mentor to Kelly. “He’s been so amazing. I can ask him anything. He’s got a wealth of knowledge.” It’s no doubt a result of Spacey’s belief that, as Jack Lemmon once told him, one has to send the elevator back down when you reach the top. It’s a sentiment Kelly is all too happy to pay forward. “Any job I get where there are younger people, I tell them, ‘Look, if you have questions, I’m here. If you want to know anything, my door is open.’ ” 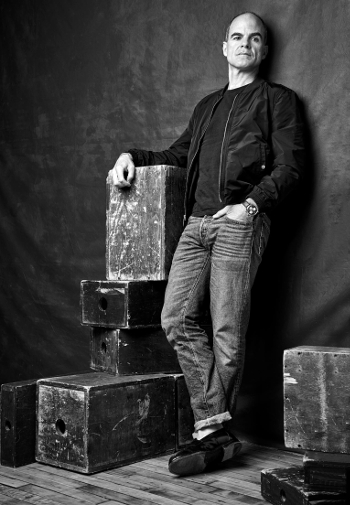 That was definitely the case on his latest project, Nat Geo’s Iraq War–set “The Long Road Home.” An adaptation of Martha Raddatz’s best-selling book of the same name, the miniseries chronicles the events of April 4, 2004, when a platoon was ambushed in Sadr City, Baghdad. Telling the story not only of the on-the-ground events but its repercussions at home (the book’s subtitle is “A Story of War and Family”), the show’s sprawling ensemble included many young actors—all of whom Kelly was happy to kick back with as they spent weeks living together in military duplexes in Fort Hood, Texas.

His co-star Jon Beavers, for example, was comforted to hear that even after all these years, Kelly still feels insecure about his own talents and has to fend off that corroding sense of self-doubt whenever he shows up on set. Kelly knows those anxieties are part of an actor’s life and may very well feel more crippling for those still heading into auditions and hoping for their big break.

Luckily, he’s been at it long enough to have learned a thing or two about those oft-nerve-racking moments. “What’s dawned on me over the years about auditions is that they want you to be the guy. Because if you’re the guy, then they’re done! They can cast that character and move on to the next one.” He goes even further when doling out audition-related advice: “It doesn’t matter who’s in the room. It doesn’t matter who you’re up against. None of that shit matters. Just go in there and you might just be what they’re looking for. And know that they want you to be what they’re looking for.”

As someone who’s gotten to a point where he gets offered parts—a prospect that gives him pause: “What if I’m not what they want? What if they have a different idea about the character?”—he now faces other kinds of challenges. Kelly chuckles when he acknowledges that he does look forward to playing roles that don’t require him to wear a suit. A cursory look at his most recent roles shows he’s played government agents, doctors, political strategists, and every other kind of imposing authority figure you can think of. Comedy, as it turns out, has still eluded the actor; a byproduct, he knows, of many people associating him so closely with the buttoned-up, taciturn D.C. operative he plays on Netflix.

Wanting not just to branch out but also to prop up those around him, he’s excited to have audiences see him in the upcoming “All Square,” an indie comedy he stars in and also produced. Written and directed by two longtime friends (Timothy Brady and John Hyams, respectively), the dark comedy follows a bookie whose betting operation takes over a small town’s Little League games. It’s a different look for the actor, and not just because his character is the kind of guy who wears shorts every day. The role showcases Kelly’s eagerness and ability to push beyond what others think he’s capable of onscreen.

With the prospect of going to the Emmys once again, Kelly remains preternaturally calm and collected. He’ll tell himself the same thing he’s been telling his family every year, whenever the success of “House of Cards” risks overwhelming him: “Enjoy this, because this might not ever happen again.” It’s a line he’s surely repeated to those starting out, one that suggests he knows that, as an actor, you risk only being as good as your last booked role. But rather than terrify, that prospect should embolden. Enjoy the moment and keep working.