What Emmy-Winning Actors Know About Acting on TV 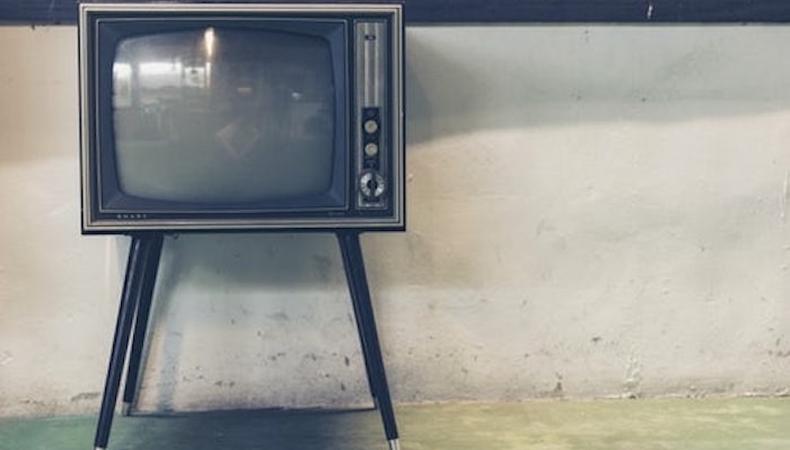 The 2018 Emmy Awards (on Sept. 17!) are fast-approaching and perhaps so, too, are your career dreams of walking away with television’s highest honors. As we sit pointedly at the height of prestige TV, there is more small screen competition than ever before, and if you want to win that Emmy Award someday, you need to know these crucial tips.

Your performance should change from shot to shot.
“Don’t ‘give it your all’ in the wide shot—it’s an establishing shot. For example, if you have a heavy crying scene, save it for your close-up shots as this is when the performance will count. I cannot tell you how many times I have heard an actor say, ‘I gave it my all in the wide shot, and could not get there in my close-up shots.’

“Overall, be prepared to take direction on the fly. Understand that your lines may change on a dime. Internalize your thoughts and emotions for a smaller medium. Build your performance toward your close up.” —Melonie “Mel” Mack, owns and operates Mel Mack Acting Studio, and Backstage Expert

Time is literally money in television.
“In the theater, we have weeks to prepare a scene or a character. Television operates at lightning speed. So you need to have this all figured out before you get to the audition room. As soon as you get your sides, make yourself as familiar with the material and characters as possible. You want to give the performance of your life and you can’t do that if you’re looking down for your cue or unsure about what or why you are speaking.

“If possible, try to work with an acting coach or someone close to you, just to get the words out of your mouth once before the actual audition. It will cut down on your nerves and make you a little more confident about the material. Remember, the person who books the gig is always the one that was prepared and knocked it out of the park!” —Carla Renata, blogging/branding expert and Backstage Expert

There are television roles to go around.
“Landing a role on TV may seem akin to finding a needle in a haystack, but it is possible. Stay positive and happy while enjoying other things in your life such as good friends, hobbies, and opportunities that enrich your life and give you purpose. My client is a well balanced young lady with other interests in her life. Let go of desperation and replace it with humility and graciousness.” —Denise Simon, New York-based acting coach, author, and Backstage Expert

Do what you did in the audition.
“You were hired because of what you did at the audition for the director and producers. Don’t change anything! As Harold Guskin said, ‘Don’t make a meal out of a snack.’ Don’t suddenly give your character a weird backstory about their creepy doll collection when your line is ‘More water, sir?’ The director has too much to worry about during filming to be concerned with your character’s motivation and why you are suddenly changing your line delivery. Time is money, and when the producers and show runners need to get through so many pages of material each day, every delay counts.” —Matt Newton, acting coach and Backstage Expert

Know the world of the show inside and out.
“You can be the best actor in the world and bring truth to the scene you’re performing in an audition, but if you don’t understand the material you’re playing and if you don’t enter the specific world the story is set in, you’ll be at a loss and do yourself a disservice.

“The most important thing you should suss out is knowing what you’re dealing with in terms of the style and tone of the project. If you’re auditioning for a hospital show, for example, there are obvious differences between ‘Grey’s Anatomy,’ ‘Scrubs,’ ‘ER,’ and ‘Code Black,’ which means you’re going to interpret each one differently.” —Michelle Danner, acting coach and Backstage Expert

The words on the page rule supreme in TV.
“Television. A stepchild of film? Not quite. Television is a child of radio. Not only did television replicate the business structure of radio (sponsorship revenue in return for advertising time), but it also carried on the tradition of regularly scheduled entertainment. Most important for the actor, the story was told verbally. Furthermore, while film and theater audiences were held captive in their seats, the radio audience was prone to wander away or change the station at any moment. So the medium required a heightened verbal story to hold the audience's attention up to and through the commercials. Therefore, an entirely different form of storytelling evolved, one in which the words carry a plot that, in television today, must peak every 10 minutes or so.

“So again, what does this tradition mean for the actor? Well, you won't win any acclaim for cutting lines in favor of visuals. The story must be made clear verbally, so that when a viewer goes to the fridge for a snack, he or she can still follow the plot. Keep the performance clear, clean, and simple. And know how to work fast. Because of the time constraints inherent in regularly scheduled programming, there is precious little rehearsal. So know your lines, block the scene so that the camera can get as much of the scene as possible in a single shot, and then deliver with as few takes as you can. It's personality before character, like film, but not as visual. It's dialogue-driven, like theater, but not interpretive. In other words, a different set of skills is necessary, similar but different from those required of both film and theater.” —Brad Greenquist, on-camera acting teacher in L.A. and Backstage Expert

You may not have rehearsal time—at all.
“Don’t assume you are going to have rehearsal time. In film time is money, so we don’t spend a lot of it rehearsing while a crew of 150 highly-trained (and highly-paid) artisans stand around and watch. This is doubly true in television. You will likely do one read-through of the scene, and one “rehearsal for marks” – where any physical movement in the scene is recorded and your blocking marks are delineated with colored tape on the floor. You will then be released while your stand-in works with the camera crew. Use this time to rehearse on your own or with your scene partner if they are willing. (They may not be.) You can either head back to your trailer and work on your two lines so that you know them backwards and forwards and sideways, or you can stay there on the set and watch the camera rehearsals. If you’ve never done this, it can really help to watch your stand-in stepping through the blocking and watch how the rest of the crew is working. Here is where you might also be able to pull aside a kind member of the crew and ask some questions.” —Timothy Davis-Reed, TV actor and Backstage Expert

Casey Mink
Casey Mink is the senior staff writer at Backstage. When she's not writing about television, film, or theater, she is definitely somewhere watching it.
END_OF_DOCUMENT_TOKEN_TO_BE_REPLACED