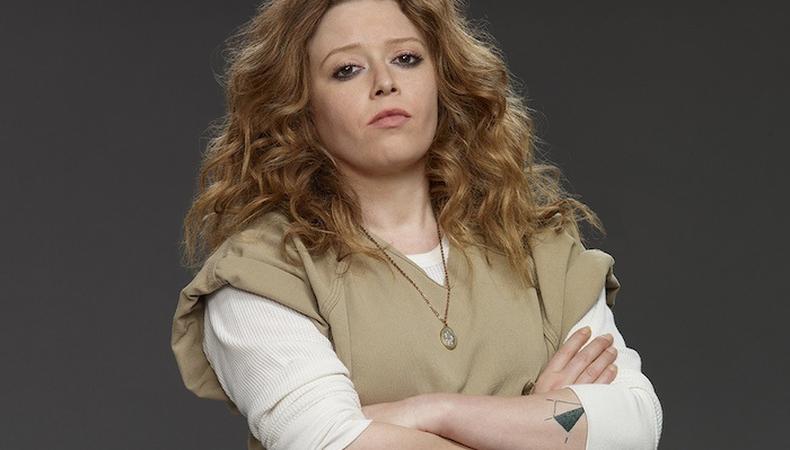 When Backstage spoke to Natasha Lyonne about her Emmy nomination as guest actress in a comedy for Nicky on “Orange Is the New Black,” she was in the back of a cab on her way to LAX. And though asking where a performer was when he or she first found out about being nominated for an award is a fairly standard and boring question, Lyonne’s response was so elaborate, hilarious, and twisty that it ended up taking over most of our allotted time.

Where were you when you found out you were nominated?
I was at JFK, my hometown airport. I was about to board a plane. I got a call from my professional Hollywood publicist, and she said, “Congratulations! ‘Orange Is the New Black’ has been nominated for best comedy series!” I said, “Thank you so much for telling me.” I hadn’t really expected to be nominated, just because we’ve been through the awards mill and I had not been nominated at all, so I was really, genuinely not anticipating this. I’d already made peace with the fact that it’s not going to be that kind of fanfare. And then I get a call from my manager and he goes, “Natasha. You just got nominated for an Emmy.” And I was like, “All right, I don’t need this shit. That’s a fucked up thing to do me. I just spoke to my publicist so I know for a fact that I did not. I gotta go. I don’t have time for your games.” And I hung up and I was walking into that weird thing that connects the airport to the airplane. The tube. The duct, the giant duct. And Taylor Schilling—Emmy nominee Taylor Schilling calls me and says, “Hey pal” (my words not hers). She says, “Natasha, oh my God, we’re both going to the Emmys. Congratulations!” And I’m like, What the fuck, are you serious?” But with far less four letter words. And then I got on the phone with everybody I spoke to previously and then I got so many text messages. The ultimate revenge for a horrific high school experience. Turns out you really can get your happiness from a nomination. Turns out it is just about getting an Emmy nomination. A lot of misleading information in the self-help books. Who knew?

So what episode did you submit?
I don’t recall anyone asking my opinions, my insight. In fact, I think I thought that I was not submitted. I’m only now just becoming hip to how this inside baseball works. But I think I assumed they were going for other people, that the show does it. Certainly I never had any conversations about, “Oh, you’re a guest actress, you’re a supporting actress.” If I had to guess, I would assume it was the episode with my backstory. But I’m so grateful for the thing and so overwhelmed I lack the words to articulate properly how deeply I feel about the whole thing. I love the show, I love Jenji [Kohan, the show’s creator], I love my castmates. I have such unanimously glowing things to say about this experience that it’s almost boring. And so happy Jen Euston got nominated! What a phenomenon of a casting director. We’re all so lucky that she’s working. And by us, I mean actors. She’s just so fucking amazing. I can’t believe the cast she put together on that show!