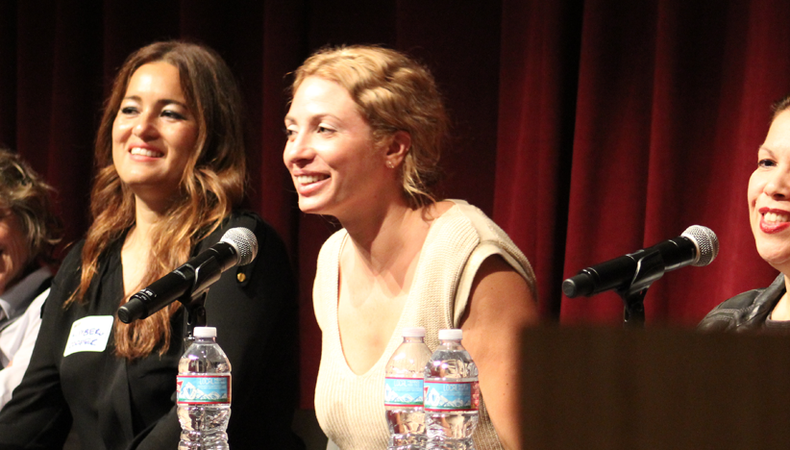 We are in the presence of a grand year for the ascension of women, especially in entertainment! If you are a woman just starting out as an actor or film creative—or perhaps looking to move to the next level—take time to form alliances and relationships with your peers via the many great organizations that champion women. Here are a few, along with the mission statements from their websites.

These are just a few of many female-focused entertainment groups. Enjoy getting to know other talented women in the business, and make sure to use every opportunity that you can to learn and grow!

Women In Film
“Women In Film is a non-profit organization dedicated to promoting equal opportunities for women, encouraging creative projects by women, and expanding and enhancing portrayals of women in all forms of global media. Given that women comprise 50 percent of the population, WIF’s ultimate goal is to see the same gender parity reflected on and off screen. Founded in 1973, WIF focuses on advocacy and education—provides scholarships, grants, and film finishing funds—and works to preserve the legacies of all women working in the entertainment community.”

Camp Reel Stories
“Camp Reel Stories believes that when women and girls are better represented behind the scenes in the media, they will be better reflected on the screen. Camp Reel Stories is a non-profit organization that empowers 13-18-year-old young women with the skills to create their own media, to view current media critically and thoughtfully, and to aspire to leadership in their field.”

Ms. In the Biz
“Ms. In The Biz is the premium online destination for women in entertainment who are looking for a positive community that shares resources, imparts wisdom, and fosters success. They occasionally have in-person workshops or meetups, but primarily function as a blog/article site where women in the industry share their thoughts and experiences.”

Women in Comedy
“Women In Comedy is a nonprofit 501 (c) (3) tax-exempt organization run by volunteers and donations. This organization was created to benefit women in the comedy industry. They aim to offer free or very low-cost resources, safe rehearsal and performance spaces, and access to other resources for women and girls seeking a career in the comedy industry.”

REEL Ladies
“REEL Ladies is a rapidly growing Online Professional Networking Community & Organization for Women in the Film & Entertainment Industry. Their goal is to promote, encourage, motivate, and educate fellow women in the industry through social networking. With their online community of women filmmakers all over the world and innovative programs, they are providing and equipping filmmakers with the necessary tools to have an empowering entertainment career!”

Women Make Movies
“Established in 1972 to address the under-representation and misrepresentation of women in the media industry, Women Make Movies is a multicultural, multiracial, non-profit media arts organization which facilitates the production, promotion, distribution and exhibition of independent films and videotapes by and about women. The organization provides services to both users and makers of film and video programs, with a special emphasis on supporting work by women of color. Women Make Movies facilitates the development of feminist media through an internationally recognized Distribution Service and a Production Assistance Program.”

Chicks Making Flicks
“Chicks Making Flicks is a group of industrious female filmmakers based in Los Angeles. Their mission: to create inspired art using the mediums of film, television, theater, and the web. They are uniquely self-sufficient in that they do our own crew work and use their own equipment, making it possible to create quality pieces from start to finish. Chicks Making Flicks' goal is to inspire and empower women around the world by depicting them truthfully, as they yearn to be seen. They are not interested in portraying the stereotypical themes and roles so often represented in film and television, and we address ideas that intrinsically matter to women. CMF united in the spirit of togetherness, in the belief that we are stronger as a group than as individuals.”

Get all of your networking questions answered by peers and experts on the Backstage Community forums!