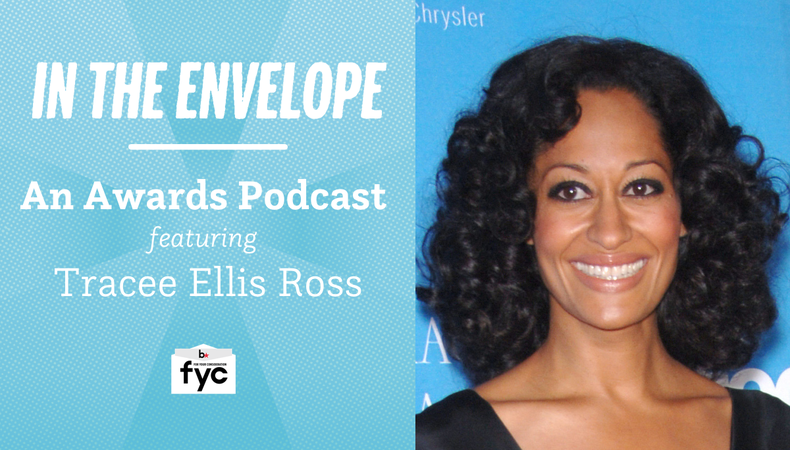 Tracee Ellis Ross is a vocal advocate for equality and representation, a three-time Primetime Emmy nominee and Golden Globe winner for leading actress in a comedy series, and a role model who positively radiates inspiration. All combined, she makes an ideal guest on a podcast featuring awards contenders giving both life and career advice—although, as she clarifies, “I do not offer advice. I share suggestions, experience, strength, and hope.”

Daughter of superstar Diana Ross and possessing a knack for making people laugh since childhood, Ross studied theater at Brown University before dabbling in both fashion and entertainment, eventually booking the first of several indie and television films. She then crossed into comedy and played Joan Carol Clayton on “Girlfriends,” UPN and The CW’s live-action sitcom led by a cast of black women. In 2014 she joined Anthony Anderson as matriarch Rainbow “Bow” Johnson on ABC’s “Black-ish,” Kenya Barris’ groundbreaking family comedy. Her goofy yet grounded performance over now four seasons made Ross the first black woman in 35 years to win the Golden Globe for comedic TV actress.

In this stellar “In the Envelope” interview, Ross opens up about her character building process and philosophy (and literally opens up her journal to share some innermost thoughts). She recommends sending thank you notes to build an artistic community, questions the idea of dreaming big, and calls out Hollywood’s sexism and lack of representationin the era of #MeToo. She explains what makes her “Black-ish” co-star Jenifer Lewis so damn funny, and at one point reenacts all the hilarious noises Bow makes. And when asked what she would tell early-career performers, Ross responds, “It is way harder than anybody thinks. Rejection is a part of it. So having a sense of yourself is key and that means you gotta know yourself and learn how to love yourself.”

As Emmy voters today get ready to anoint the 70th Emmy Award winners, listen in on this brilliant nominee’s best insights below.

Jack Smart
Jack Smart is the awards editor at Backstage, where he covers all things Emmy, SAG, Oscar, and Tony Awards. He also produces and hosts Backstage’s awards podcast “In the Envelope” and has interviewed some of the biggest stars of stage and screen.
END_OF_DOCUMENT_TOKEN_TO_BE_REPLACED