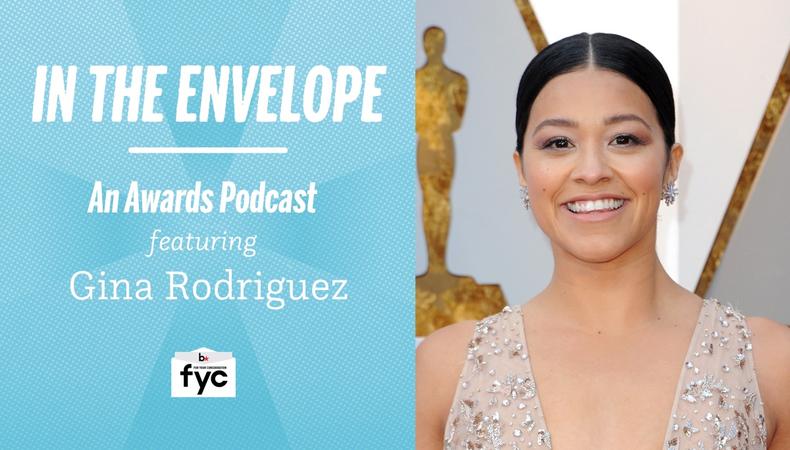 Gina Rodriguez is an actor, producer, and director, best known for her astonishing work as the titular role in The CW’s “Jane the Virgin.” Jennie Snyder Urman’s telenovela-inspired romantic roller coaster won Rodriguez a Golden Globe Award for best actress in a TV comedy in 2014. The series, which just announced its upcoming fifth season will be its last, is one of the only stories on the small screen today featuring a Latina lead.

Rodriguez waited patiently for a complex, challenging role that matched her talents, cultivating her own path and identifying exactly what she wants in the entertainment industry. After gaining recognition for her film work in “Filly Brown,” she made it her mission to champion and represent diverse characters and stories; her company I Can and I Will Productions seeks to “[increase] empathy and understanding for all communities.”

In her “In the Envelope” podcast interview, she encourages working actors to focus on their originality rather than adapt to what the industry supposedly wants. She also discusses her performance in Paramount Pictures’ recent “Annihilation,” her upcoming Netflix gigs as Carmen SanDiego, the values instilled in her by her father, and her artistic inspirations—from Meryl Streep to Rita Moreno. Listen below, and don’t forget to follow @InTheEnvelope on Twitter!

Jack Smart
Jack Smart is the awards editor at Backstage, where he covers all things Emmy, SAG, Oscar, and Tony Awards. He also produces and hosts Backstage’s awards podcast “In the Envelope” and has interviewed some of the biggest stars of stage and screen.
END_OF_DOCUMENT_TOKEN_TO_BE_REPLACED