Hayley Atwell on Starz’s ‘Howards End’ & When to Cry Onscreen 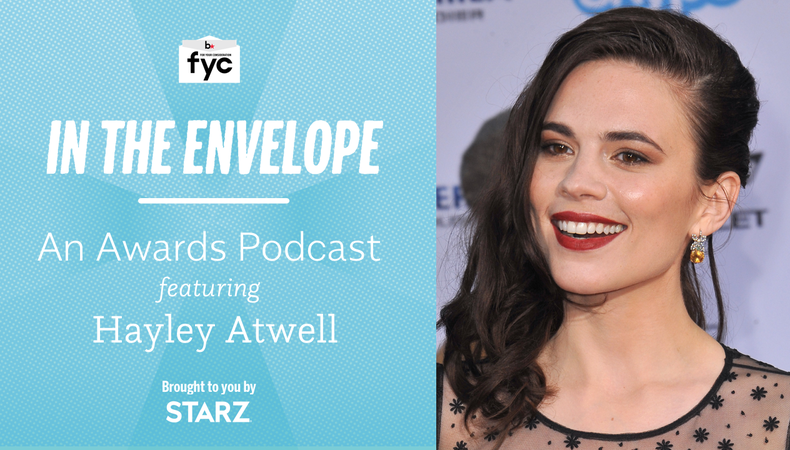 “In the Envelope: An Awards Podcast” features intimate interviews with award-winning actors and other creatives. Join host and Awards Editor Jack Smart for a front row seat to the industry’s most exciting awards races, and valuable acting and career advice from contenders! This episode is brought to you by Starz’s limited series “Howards End.”

“We as actors, we act,” says Hayley Atwell. “We are finding ways to deliver a line in order to affect change in a scene, whether that’s big or small.”

Atwell knows how to go big or small whenever she commits to a character, a process she discusses in fascinating detail on this episode of “In the Envelope.” An actor of stage and screen with roots in both England and America, Atwell trained as a performer in her native London before breaking into Hollywood as Peggy Carter in “Captain America: The First Avenger” and her subsequent spin-off series “Agent Carter.” She led the TV drama “Conviction,” continues to be no stranger to the U.K. theater scene, and has worked on the big screen with some of the best British actors around, in “Brideshead Revisited,” “The Duchess,” “Black Mirror,” and more.

She now stars as the unconventional Margaret Schlegel in writer Kenneth Lonergan and director Hettie Macdonald’s new miniseries adaptation of “Howards End,” which aired in the U.S. on Starz this April. Atwell and her co-stars, including Philippa Coulthard, Matthew Macfadyen, and Tracey Ullman, made E.M. Foster’s tale of British class conflict in the early 20th century resonate in the 21st century. Listen in below to hear Atwell explain how to analyze and interpret classical texts, avoid impersonating the likes of her friend Emma Thompson (who starred in the “Howards End” 1992 film adaptation), and take on active roles. Plus, she reveals the many, more interesting alternatives to crying or indulging obvious emotion in a scene.

Jack Smart
Jack Smart is the awards editor at Backstage, where he covers all things Emmy, SAG, Oscar, and Tony Awards. He also produces and hosts Backstage’s awards podcast “In the Envelope” and has interviewed some of the biggest stars of stage and screen.
END_OF_DOCUMENT_TOKEN_TO_BE_REPLACED