Kumail Nanjiani Is Leading a Revolution with Comedy 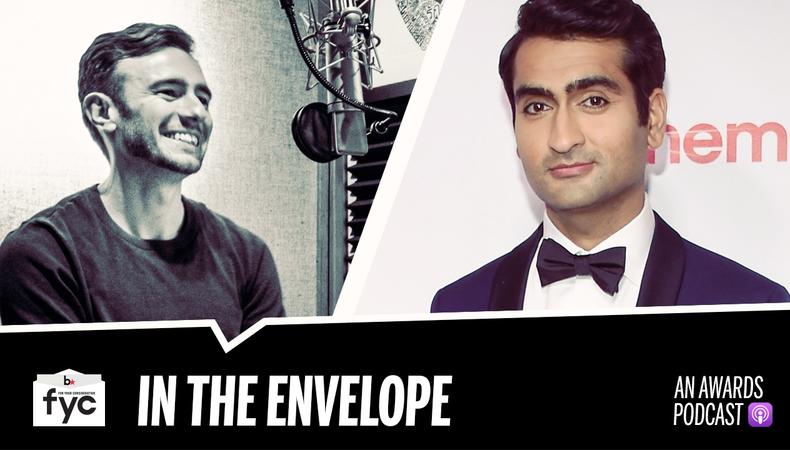 Kumail Nanjiani is perhaps best known as the hilarious Dinesh on HBO’s lauded “Silicon Valley”—or he was before last summer, when his autobiographical comedy, Amazon Studios’ “The Big Sick,” became a commercial and critical smash.

READ: Kumail Nanjiani on How to Write Autobiographically

Co-written alongside his wife Emily Gordon and retelling the story of her medically induced coma amid their courtship, “The Big Sick” stars Nanjiani as an earlier version of himself—a struggling comedian from an overbearing Pakistani family—and somehow blends elements of cultural and generational conflict, gut-wrenching hospital drama, and the hallowed “rom-com” genre. As Nanjiani tells Backstage, emotionally complex films including the “Before” trilogy, “Eternal Sunshine of the Spotless Mind,” and “Four Weddings and a Funeral” had a conscious or unconscious influence. He and Gordon’s process of turning a turbulent and briefly terrifying experience into an unexpected awards-contending comedy required hard work and clear storytelling goals; they had to know all the typical rules of romantic dramedy screenwriting, as well as when to break them.

Produced by Judd Apatow and directed by Michael Showalter, “The Big Sick” has appeared on the shortlists of the Gotham Awards, Film Independent Spirit Awards, SAG Awards, and more. Nanjiani joins “In the Envelope” to discuss his film’s journey from Sundance Film Festival to the Oscar race, its accidentally revolutionary qualities, issues of representation, and the nuances of casting Zoe Kazan, Holly Hunter, Ray Romano, and his other co-stars. (And as a podcast host himself, he offers some advice!)

He also provides a glimpse of what might be next—now in this era of politically charged entertainment. Check out the new interview below:

Jack Smart
Jack Smart is the awards editor at Backstage, where he covers all things Emmy, SAG, Oscar, and Tony Awards. He also produces and hosts Backstage’s awards podcast “In the Envelope” and has interviewed some of the biggest stars of stage and screen.
END_OF_DOCUMENT_TOKEN_TO_BE_REPLACED