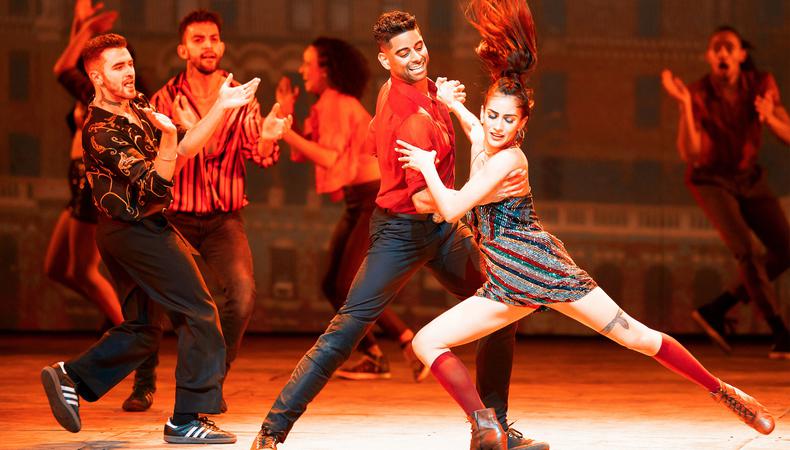 As protests continue against the new Broadway revival of “West Side Story,” the show’s producers and Actors’ Equity Association—the union for stage actors—have both released statements addressing the controversy. Since preview performances began late last year, protesters have gathered outside of the Broadway Theatre, chastising the casting of Amar Ramasar, who plays Bernardo in the high-tech production. Ramasar was fired and then reinstated by the New York City Ballet for allegedly receiving and then circulating nude photos of his female co-workers Alexandra Waterbury, and now girlfriend Alexa Maxwell, respectively, in 2018. Maxwell has gone on record to say that she was aware of the image being circulated and has accepted his apology.

Hours before the musical’s official opening on Feb. 20, Equity addressed the controversy, acknowledging both the outrage that has grown online and the toll the situation may be taking on the company.

“Everyone at ‘West Side Story’ should be able to go to work and perform feeling safe and protected in their workplace,” said Mary McColl, the union’s executive director. “Equity has been in communication with the general manager and the members of the show. As a union, Equity’s role is to ensure that our members are protected in the workplace and we take that responsibility very seriously.”

Unions now face the challenge of enforcing safe workplace practices, but they are also charged with ensuring their members receive due process. After all, it was the dancers union, the American Guild of Musical Artists, that challenged Ramasar’s initial firing and encouraged his arbitration and eventual reinstatement.

The statement goes on: “Equity will continue to hold all employers to their legal obligation to maintain a safe and harassment-free environment. I want all members, wherever they might work, to know that they can contact their business representative whenever there is any kind of problem in the workplace, or use the Equity hotline to anonymously report problems in their workplace.”

“West Side Story” producers, meanwhile, are holding firm in their commitment to Ramasar, despite escalated protests that have required the show to enlist a cybersecurity firm to counsel those in the company concerned about online harassment. In their statement, released Feb. 13, management emphasized that they are content with Ramasar’s behavior in their production.

The incident at the New York City Ballet, the producers’ statement reads, “has been both fully adjudicated and definitively concluded according to the specific rules of that workplace…. There is zero consideration being given to his potentially being terminated from this workplace, as there has been no transgression of any kind, ever, in this workplace.”

Ramasar’s girlfriend, the aforementioned dancer Maxwell—whose own intimate images were shared in the 2018 events—released her own statement defending Ramasar. However, on the picket lines is Waterbury, another dancer whose privacy was also violated in the picture-sharing scandal. Waterbury has led protests outside the theater: “He still asked for photos of me,” Waterbury told the New York Times. “He still wronged me.”

At the time of publication, nearly 50,000 people had signed the “Get Amar Ramasar Off the Stage” online petition on Change.org. Nightly, protesters gather outside the theater to hold signs and hand out cards reading “Boo Bernardo,” chanting for Ramasar to be fired.