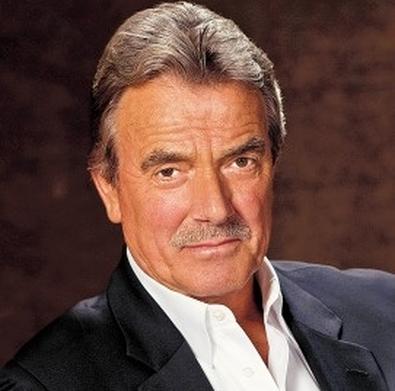 Anyone who has ever watched CBS’ “The Young and the Restless” or glanced at the cover of a Soap Opera Weekly while in line at the supermarket knows Eric Braeden. For the last 34 years, Braeden has played Victor Newman, alternately villain and romantic hero and one of the iconic characters of soap operas. We spoke to Braeden—who took home a Daytime Emmy in 1998—about what it takes to play the same character for multiple decades, learning all that dialogue, and why soap operas will always be the best training for young actors.

Find what will challenge you.
So what keeps Braeden on the same show for 30-plus years? “The check at the end of the week is one reason,” he semi jokes. More seriously, he points out that he still enjoys the work. “The challenge in daytime in particular, I think, is to go against all the traditional clichés of daytime and try to make it real. That has been my motivating cause ever since I started 43 years ago in daytime.” Back then, he found himself put off by the lack of rehearsal time and lengthy pages of dialogue to memorize, until his wife said, “Why don’t you look at this as a challenge?” The rest is soap opera history.

Force yourself to memorize it all.
With five episodes a week, the “Young and the Restless” set requires total concentration—and that includes spitting out lines with little to no rehearsal; Braeden once had to perform 62 pages in a day. “The most difficult things to remember in daytime are all the bloody names because they change,” he says, then adds that total intellectual understanding is a must for memorization. “There’s no easy way to it. And repetition, as in any field. What do you think makes professors so interesting? They repeat the same shit over and over again. So if you learn it, you repeat it and repeat it and repeat it.” He pauses. “Except in daytime, you have to forget it immediately.”

Learn discipline.
“We shoot with four cameras, so we don’t do go back to do masters or close-ups,” Braeden says. “Whereas in nighttime and film, I’d fall asleep doing it nowadays. Over the shoulder here, over the shoulder there. Bullshit, we do it with one or two takes with a half-ass rehearsal in between.” With that kind of pressure, actors either rise to the occasion or sink like a stone. “The pressure is enormous,” he says. “And most people used to nighttime or film would not survive daytime. [But] you learn discipline, you learn to say your lines on time, and you’d better come in prepared. I hear some of the shenanigans that go on in film, I’d throw them out!”

Find a director who understands actors.
Braeden has long held a reputation for speaking his mind on and off the set, and that tendency comes to the fore when discussing writers and directors. While he lavishes praise on writers—“Those guys are the unsung heroes”—he has definite ideas about what constitutes a good director. “There are some directors I hear about in nighttime or some I used to work with who walk around like gods,” he says. “Go fuck yourself, are you kidding? The directors I respect are the ones who have a collaborative attitude, who collaborate with actors. But when you have directors who begin to criticize a scene and put the actors down, I would slap them dizzy. It’s so utterly counterproductive. There’s no one more willing to do something than an actor when it comes to perfecting a scene. But when approached the wrong way, it’s impossible!”