What Everyone Should Know About Auditions 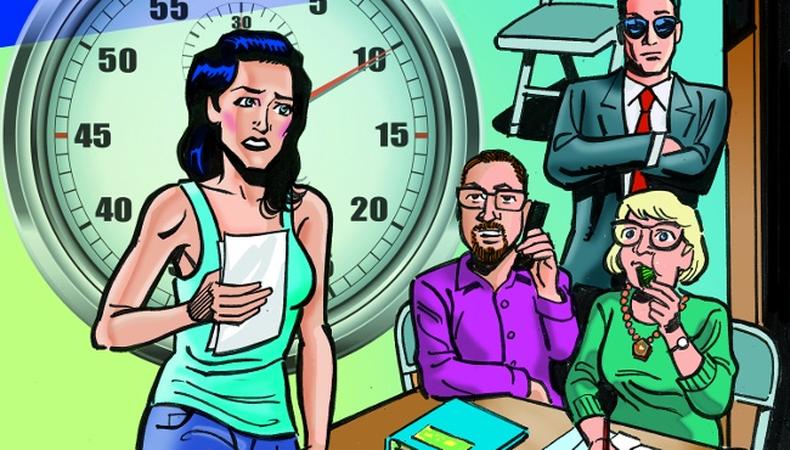 An acting career is a strange thing. You spend more time interviewing for jobs than actually doing the work. I don’t think there are any other occupations like that. Looking back at my life as an agent, I’ve had only three job interviews in the last 15 years. A working actor probably had hundreds during that time.

This is why you have to learn how to handle an audition. Sadly, there are a lot of talented actors out there who never had a career because they couldn’t deal with the auditioning process.

The first thing you have to understand is that auditions aren’t about booking the job. You can’t do good work with that kind of pressure hanging over your head. As an agent, I don’t expect my clients to book every time I send them out. The only thing I expect is good feedback.

Look at it this way: Auditions are an opportunity to create fans in the casting world. And if you can get on the good side of 10 film and TV casting directors, you will have a successful career.

Another thing you want to keep in mind is that nothing a casting director does is personal. Remember, these people are under a lot of pressure. They have to get the job done while fielding calls from their producers, the director, the studio, the network, and guys like me who are trying to get their clients in the room. So if the casting director is eating lunch during your audition, it means he’s hungry. It doesn’t mean he doesn’t like you.

That’s why it’s a mistake to read into every little moment that occurs before, during, and after your audition. That road leads to madness. And nine out of 10 times, you’ll be totally wrong.

One of my pet peeves is when clients call me after an audition to inform me they were wrong for the part. I recently had a black actor do this. The guy explained that he didn’t have a snowball’s chance in hell of booking the role because he was the only black guy there. All the other actors were white. He figured the only reason they had him in was to fulfill a diversity quota or something like that. Amused, I let him ramble on for a while and then I explained the casting director had already called to tell me he booked the job.

If you want to become a working actor, you’re going to spend a large part of your life auditioning for jobs you’re never going to get. So learn to enjoy the process. See every audition as a chance to perform, and don’t sweat the outcome.

I think acting coach Ian Tucker said it best: “All you guys want to do is act, and you finally get an audition, and all anyone is asking you to do is focus and act for two minutes, because that’s about how long an audition is, and none of you can do it. You jump into their laps and wonder if they’re paying attention. Do they like it? What are they thinking? Forget it. Just perform.”