1 Exercise Child Actors Can Use to Get Into Character 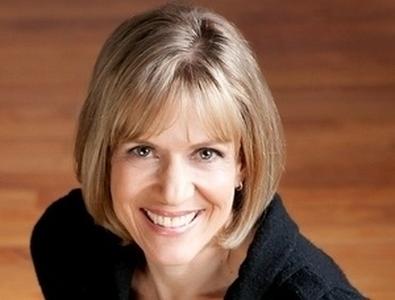 Acting is “living truthfully under imaginary circumstances,” as one of the great contemporary acting teachers, Sanford Meisner, would say. Most people understand that acting involves pretending to be someone you are not, but it is a lot easier if you are personally connected to the character’s situation, with an understanding of the reality being portrayed. So, how does a child (who has had fewer years to collect experiences) gain the perspective and insight needed to truthfully act out situations he or she has never faced?

When I work with young actors who need help relating to something their character is experiencing that is unfamiliar to them, I use the “as if” exercise also known as the “magic if” technique taught by famed actor, director, and teacher Konstantin Stanislavsky. This exercise is employed to help students understand the reality of a character’s life and circumstances.

When preparing to play a scene that is about something they never confronted before and which may seem foreign to them, I ask my students to answer the following two questions:

First, thinking about the scene as if it is happening to you helps you imagine standing in the character’s shoes. The other day, for example, I had a student who was faced with a character whose parents are getting divorced, but she didn’t have any examples of divorce in her life. I asked her, “How would you feel if your parents were divorcing?” This requires imagination to answer and sometimes confidence to try. It can be hard for children to identify with some challenging situations if they find it is too scary to consider going through themselves. This exercise helps them relate without over-relating because they are consciously working through it.

Another young actor’s character had to annoy her older brother in an audition scene for a film. In real life she has no siblings so I had her act as if her annoying little cousin, whom she told me about, was bothering her.

When young actors cannot put themselves in the character’s shoes directly, the “as if” exercise helps them find parallel situations in their own lives to aid them in relating via another perspective. I have the kids ask, “ ‘Situation A’ to the character is as if ‘what’ to me?” They usually find common ground in memories of the same emotions affecting them—pride, fear, anger, love, grief, hilarity, hurt, embarrassment.

For example, if the character is mourning his father’s death, young actors can search their minds for times of loss and grief in their own lives. Maybe flushing their dead goldfish down the toilet was sad, but not sad enough to elicit the pain and sorrow a character would feel at the loss of his father. What about when Fido died after a car accident and the young actor had to say goodbye to his lifelong companion? That could do the trick. Being able to recall the appropriate feelings from your own life is essential for relating to your character’s inner truth during the scene. Having the ability to re-experience those feelings on cue is what lends authenticity to your performance. Perhaps a young actor has no prior experience with an emotion (which is true for many kids). This is where imagining something to be true will resonate. You may be pretending to be someone else, but you can’t fake the feelings.

Young performers are often asked to portray characters in situations that they just have not faced yet in their lives. By using the “as if” exercise described above, kids have a great tool to help them relate and, ultimately, act as if they know the truth of any moment.

Denise Simon
Denise Simon is a New York-based acting coach and career consultant who has been involved in the entertainment industry for more than 30 years as an actor, teacher, director, casting director and personal talent manager.
END_OF_DOCUMENT_TOKEN_TO_BE_REPLACED