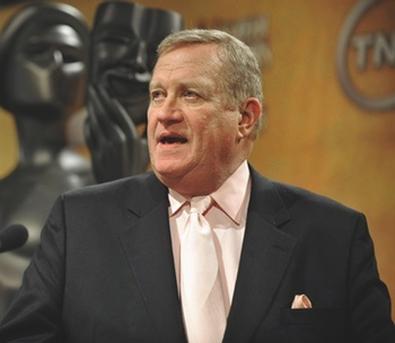 SAG-AFTRA members expecting a sweetheart deal from the Alliance of Motion Picture and Television Producers in next year’s talks shouldn’t hold their breath, according to a top labor negotiations expert.

Union officials, including SAG-AFTRA President Ken Howard, have made it clear they view their post-merger bargaining position as stronger than in past TV/theatrical talks, when SAG and AFTRA were separate entities.

In a recent interview with Backstage, Howard said, “The real reason, far more than any other, for merging these unions was the strength we need to have in collective bargaining.” During his campaign for reelection, he called the upcoming negotiations, which are expected to start next year, “pivotal.”

“This election won’t just choose SAG-AFTRA’s leaders for the next two years; it will set our direction for years to come,” Howard stated in July.

The president’s rhetorical swagger was matched by other prominent union members. In a June release issued by the group USAN backing Mike Hodge’s reelection as New York Local president, Isiah Whitlock Jr., of HBO’s “The Wire,” said, “We need the new union to be stronger than the old ones.” In the same announcement, Alec Baldwin called the merger an “overwhelming success.”

But the chest thumping of its top leadership together with the expected timing of its negotiations with the AMPTP may, in effect, put SAG-AFTRA in a bind.

“The fact that the unions are technically merged doesn’t in itself mean that they’re going to have more power or that there’s going to be less internal dissension among the various factions,” Day Krolik, who from 2004 to 2010 was responsible for NBCUniversal’s labor relations and talent negotiation, told Backstage.

When talks begin, SAG-AFTRA will likely have to wait to get to the bargaining table with the AMPTP. The Directors Guild of America is traditionally first up because it believes it gets a better deal by going early. That sets the tone for the AMPTP’s negotiations with the rest of the guilds.

The Writers Guild of America is expected to go second because it has an earlier contract expiration deadline than SAG-AFTRA. But with the 2007–2008 writers’ strike still fresh in its memory, the WGA isn’t expected to drive for an unpalatable bargain with the AMPTP.

That leaves SAG-AFTRA, under the weight of its members’ expectations, facing an AMPTP with established contract terms from its previous negotiations. “The AMPTP can’t very well reward the unions that go later by giving more to them than the ones that made a deal initially,” said Krolik, who teaches at NYU School of Law.

Even with the AMPTP’s reluctance to hand SAG-AFTRA the sweetest deal of the year, internal politics may force Howard to push harder than is tenable to prove the merger equated to a better bargaining position.

“Hopefully they won’t put themselves out on a limb by having very unrealistic expectations,” Krolik said. “But unions being political, you often have individuals within unions who are, shall we say, taking extreme positions, saying, ‘I’m going to get more,’ or ‘I’m going to do better than you’ because it’s a political battle.

“That’s what leads to various problems we’ve had with these negotiations in the past. That’s why you have strikes.”