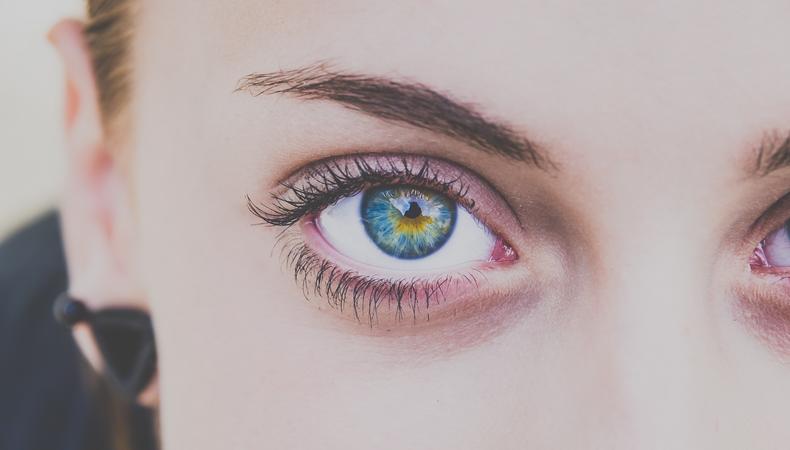 There’s no question that eye contact is integral to acting; connecting with your scene partner and engaging in the give-and-take of the relationship is one of the foundations of the craft and eye contact is central to that process.

There is almost no better way to know where you stand with your partner than by taking in his or her eyes. This means that making frequent eye contact with your partner should generally be a big part of almost every scene you do. It’s an observation that’s so obvious it perhaps borders on trite, and yet many actors don’t make enough eye contact with their partners. This suggests to us, the audience, that they aren’t all that interested in their partner’s attitude on the evolving situation of the scene and that’s bad news. An actor who isn’t invested in their partner is likely self-conscious, possibly self-indulgent.

But it’s also true that there is such a thing as too much of a good thing. There are certain very high-stakes situations that might involve longer periods of steady eye contact, but an actor who never breaks eye contact is likely going to seem artificially fixated, maybe even becoming physically disengaged as if they had fallen into a sort of trance.

READ: The 1 Thing Missing From Your Screen Auditions

As a result of these pressures on you that are different from those of the character, you may sometimes have impulses that depart from what’s appropriate for the character, particularly when it comes to what your eyes are doing.

So there’s a bit of a needle to be threaded here between too little eye contact on the one hand and too much on the other.

A simple example: It’s easier to recall lines if you disengage from eye contact with your partner. This is a fact. As a result, many actors get in the habit of disconnecting from the partner in the moment when they are finding the impulse to speak because they’re trying to recall the line. This habit often persists in their performance, even as they become more confident with the lines and can end up meaning that none of their impulses to speak are borne out of receiving off of the partner! Not a good state of affairs.

This pattern appears in student work with some frequency and when I can get a student who is consistently disengaging as he starts to speak to stop doing this and instead look at the partner as they find the impulse to speak, the difference in the student’s work is often quite dramatic.

My recommendation regarding eye contact? As you begin work on a scene, it’s good to err on the side of more eye contact than might feel normal or comfortable. Brain scientists have indicated that eye contact supports bonding, so having a lot of contact in the beginning, helps to make the pretend-relationship you’re engaging in with your partner take root and acquire some solidity. It’s particularly important to find the impulse to speak through receiving off of the partner aka eye contact.

As the rehearsal process unfolds and the connection with the partner feels stronger, you can loosen things up and allow yourself to disengage from eye contact more, trusting that you won’t lose your connection even when you’re not making eye contact.

But don’t disengage too much! While every scene is different, plenty of eye contact is important—even essential—to make a scene work. As Jimmy Cagney famously said, actors should “hit your mark, look your partner in the eye, and tell the truth!”

Andrew Wood
Andrew Wood is a graduate of the MFA Directing program at the Yale School of Drama, and he has a Ph.D. from Stanford University in literature. In 2004, he founded his acting studio in San Francisco, and expanded it to Los Angeles in 2008.
END_OF_DOCUMENT_TOKEN_TO_BE_REPLACED