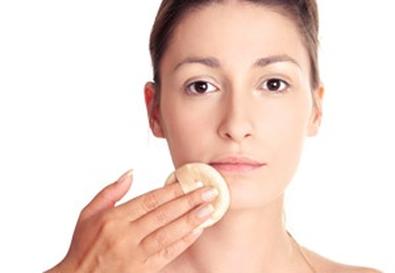 The most common cosmetic mistake women make when going to an audition is putting on far too much makeup, says Emmy-nominated makeup artist Debbie Zoller, whose credits include "Mad Men" and "Castle," among many others. "If they're shot under fluorescent light, heavy makeup doesn't help them; it just makes them look overdone. Do not wear frosty eye shadow, and avoid anything with a blue undertone. Lipsticks with a blue undertone make your lips pop out."

Zoller says cosmetics have a pink, orange, or blue undertone, and if you're not sure, ask the salesperson at the cosmetic counter. The goal at an audition—or an interview with an agent, for that matter—is to look like you, only better. The makeup should enhance your face without becoming a distraction. Zoller recommends MAC and Bobby Brown cosmetics.

Whatever product you use, start with a foundation, making sure the color blends with your skin. "You shouldn't see the demarcation line between the face and the neck," says Zoller, adding it's not a good idea to trust indoor light: Look at your makeup in daylight. To give your skin that finished look, she suggests applying "a nice translucent powder. It can be a loose powder or powder in a compact." A little blusher completes the look, but again, just lightly blend it into the cheeks. "Avoid the streaky cheek-to-ears look of the '80s," she says.

Though many people continue to identify black eyeliner with a retro look, Zoller says it's never really gone out of style at auditions, and it's attractive as long as it's not applied too heavily. A thin line just on the top eyelid will do the trick. The eyeliner should be waterproof, as well as hypoallergenic if you have sensitive skin. Of course, be careful if you're allergic to it. She says Prestige is a great line. As for lipstick, maintain the lips' natural shape. Don't overdraw the lips or outline them, which can lead to a blown-up-doll look. That particular style, Zoller admits, is more prevalent in Los Angeles than in Gotham.

Many actors (and women outside the industry) fret over the shape of their faces, and although it's not really necessary to "correct" the problem for an audition, if altering the shape of your face makes you feel better about yourself and thus more likely to give a good audition, there are a couple of things you can do. If your face is long and narrow, the goal is to pull features horizontally away from the middle of the face. So instead of having the eyeliner start at the inner corner of the eye, it can start more toward the center and flow outward. One way to address a round face is to find your cheekbones and daub the area with a foundation three shades darker than you'd wear on the rest of your face. But make sure to blend it in. Again, subtlety is all.

Perhaps it's unfair, but men don't have as many cosmetic concerns as women. Still, that's not a license for them to look scruffy, unshaven, and uncombed at an audition. Indeed, they should look as if they're going to a job interview that includes appearing camera-friendly. That means removing the shine from their faces, says Zoller, specifically the forehead, nose, and cheeks. The product that does this is called a "mattifer," and it can be found in any drugstore. It's a clear gel, she says.

Within parameters, there is some wiggle room regarding appropriate makeup, Zoller says, depending on the medium. If you're auditioning for a student film—most of them are shot outdoors with handheld cameras and no lighting—make sure you wear a little less makeup, a little less powder in particular. If you're up for a stage role, a slightly heavier application is acceptable. But that doesn't mean look like a mask.

It goes without saying that makeup should be taken off each night, and a moisturizer should then be applied to the skin to offset dehydration.