How to Fail Your Way to Success 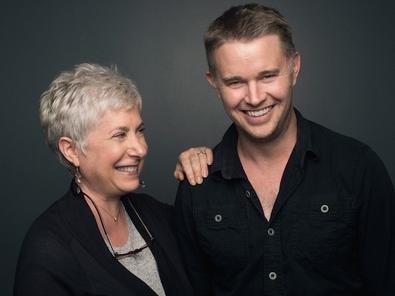 Somewhere amidst the singular focus on your career success, the relentless proving of yourself at every audition, and the daily justification of your choice to be an actor in the first place, something is missing. In trying to convince everyone (including yourself) that you are talented, worthy, and ready to be a series regular, you forget that you have to fail.

Most actors believe failure isn’t an option. Lacking emotional access, getting emotionally stuck in a scene, dropping a line, making a weak or wrong choice, or not being fully connected to your scene partner are often seen as obvious indications that you are undeserving of the success you’re trying to achieve. And if you don’t deserve it, the theory goes, then your pursuit of the success is a futile one. You’re lying to yourself by even trying. Failure gives your inner critic the tools she or he needs to convince you that you’re wasting your time.

Of course, inherent in this way of thinking is that talent is something that’s fixed—that it’s something one either has or doesn’t have. But as all of us feel less than some of the time, this way of thinking makes an actor fear being discovered as untalented, and causes them to spend endless time protecting themselves from being seen as someone who doesn’t have all the answers. Lost in this thinking is the idea that one may not be ready now, but with hard work, relentless exploration, and the consistent pursuit of the depths of one’s artistry, one can grow, and become more dynamic and more powerful.

After many decades of working with actors in front of and behind the camera, in casting rooms, on set and on stage, we believe that every actor should be in process, always learning, always growing, never to proud to fall on one’s face and then go back to the beginning. The only way to find the level of power that leads to consistent success as an actor is to fail. Because failure leads to success. Every perceived failure gives you more understanding, creates more space for growth, and leads you closer and closer to mastery.

Stand-up comics embrace failure like few other people. Jon Stewart talks about leaning into “the bomb” on stage, as it means that he’s pushing boundaries and exploring new territory. There is an understanding that failure is constant, that you have to grind through years of trying and failing to learn how to perform and write, that failure means that growth is on the way. And that’s exciting. Some comics even do their best to look for failure. They seek it out. To them failure is not some singular event that stops their forward momentum for good—that kills their career, and reveals them to be forever talentless. It is a fact of living life as an artist, taking artistic risks, and breaking new ground. It is the price one pays for being the kind of artist that is worthy of success.

That culture is missing for actors. And it needs to be there. In class, on stage, even in auditions, you have to find a way to move forward with abandon, risking an epic face plant in the interest of making bold, personal choices, and growing exponentially. The less averse you are to failure and the pain it causes, and the more you embrace it as a harbinger of positive change, the quicker your success will arrive.

We’re here to figure it out with you every day at The BGB Studio. Join us for new fall career-changing classes, online programs, and coaching. Be a part of our community at www.bramongarciabraun.com.

Risa Bramon Garcia
For the past 40 years, Risa has worked as a director, producer, casting director, and teacher. Having directed two features—including “200 Cigarettes”—she has also directed for TV and dozens of plays in New York and Los Angeles. Her casting résumé includes more than 80 feature films and shows, and includes “Desperately Seeking Susan,” “Fatal Attraction,” “JFK,” “The Joy Luck Club,” “The Affair,” “Masters of Sex,” and the original “Roseanne.” She is a founding partner of The BGB Studio, known for revolutionary acting training.
END_OF_DOCUMENT_TOKEN_TO_BE_REPLACED

Steve Braun
Steve Braun is an acting coach, teacher, and communication consultant, drawing on years of acting, Buddhist practice, and martial arts training to help his clients discover and express their unique emotional truth. When he pursued an acting career, he starred in movies, was a series regular many times, and guest starred on numerous TV shows. He is a founding partner of The BGB Studio, known for revolutionary acting training.
END_OF_DOCUMENT_TOKEN_TO_BE_REPLACED