How Failure Worked for Me 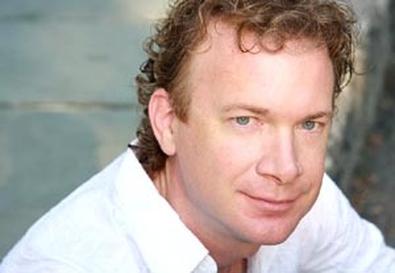 For years I had a deeply personal secret. Only family and some acquaintances I knew from the era of bell-bottom pants and a CB in every Ford Pinto were aware of my shame:

You may chuckle or chortle, but it still remains a deep wound to my spirit. One that I exposed in my book. And my choice to do so on the printed page and once again here remains a terribly uncomfortable offering of honesty.

If repeating seventh grade weren't enough of a humiliating wake-up call with teachers, when I first re-entered their room for another round, several asked, "What are you doing here?"

I foolishly seemed to keep wanting to repeat my recidivism for academic failure. I spent several semesters attending required summer school during my high-school years. Including my senior semesters. My adolescent academic failure eventually disallowed my participation in the graduation ceremony.

I did graduate months later as a school secretary unenthusiastically handed me my diploma on a sweltering August afternoon. Just the two of us. In an abandoned registrar's office. No cap. No gown. No family. No friends. No smiling photographs for decades later reminiscing of what should have been a joyful moment marking my progression.

Why did I continually fail at academics? Was I an intellectual nit? No. Laziness and a lack of priorities were the culprits.

How did failure work for me? The self-inflicted emotional scars that linger arduously drive me to make certain that I am never again—for lack of earnest effort—to fault for a failure I will encounter in the future. I can fail for lack of skill, to which I will learn how to improve myself. That's not a shame. But to fail for lack of trying—there is no forgiveness.

Actors encounter failure, often. But let's focus what is and is not failure.

If you audition and they hire a more qualified actor for the role, then you did not fail. Someone who was better suited for the role was chosen. There is no blame; unless you have been lax at improving your art.

You are culpable if both you and the competing actor were spot-on for the role but the foil that kept you from advancing was an aspect of your craft that could be improved by you.

A desire for improvement is not an entitlement to being better.

There are many 'actors' or 'actor/singers' who can't act or sing and just shouldn't be in the business. Those people are at fault for not recognizing they are out of their league and should pursue a career in which their bank account and personal fulfillment will be better sated.

Just like with athletes, there comes a time when we must realize that the spirit may be willing but proficient skills may never be achieved to compete professionally.

If you're unprepared for an audition (you didn't study the material given; you arrived late and flustered to the audition site; your personality in the room was cold and unbecoming; etc.), you are to blame for the failure.

Take from that experience the knowledge of what you did wrong and strive not have a repeat performance of such in the future. That's how failure can be a good thing. It's like the worn old adage: "Learn from your mistakes."

Mistakes? Yes, I have a few that I own. And if I fail again—and it's more than possible, if I'm honest with yourself—I will make damn sure not to repeat the causes for my defeat.

Determination to succeed is the bastard child of failure. Embrace the offspring as if it were your very own. Only then will failure work for you as it has for me.