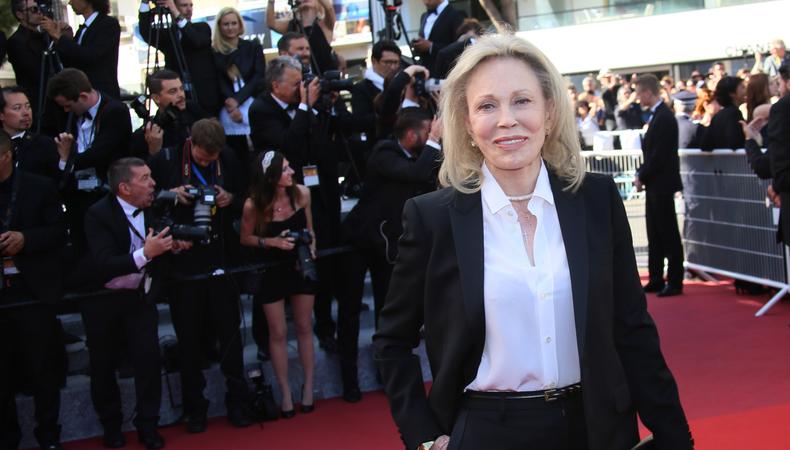 It takes a legend to play one.
Faye Dunaway will play Katharine Hepburn on Broadway. Yes, seriously. The Academy Award-winning icon will make her long-awaited return to the boards, playing none other than Katharine Hepburn in “Tea at Five,” a bio-play about her life. Written by Matthew Lombardo, this production (which has been reworked from previous incarnations) will be directed by Tony nominee John Tillinger, and play a limited engagement in summer 2019. (It will not, then, be eligible for the 2019 Tony Awards.)

Bob Dylan may be Broadway-bound (sort of).
Even though the current Broadway season is well underway, there’s still time for another production or two to sneak in. One such show may be “The Girl From the North County,” the musical that utilizes the Bob Dylan songbook and just completed a sold-out run at the Public Theater. Producers were said to have been eyeing the post-Springsteen Walter Kerr Theatre, but with spring installment “Hadestown” having now snatched it, word is they have set their sights on the Lunt Fontanne (which will be vacated by “Summer: The Donna Summer Musical” at the end of the year).

“Alice By Heart” aligns on and off-stage dream team.
A slew of theater favorites have signed on for “Alice By Heart,” a new musical from “Spring Awakening” creators Steven Sater and Duncan Sheik, as well as “Waitress” book writer Jessie Nelson. Leading the cast will be Molly Gordon, Colton Ryan, Grace McLean, Noah Galvin, Wesley Taylor, and others. The MCC production will play the institution’s new Robert W. Wilson Theater Space, with performances set to begin Jan. 30, 2019. Slated for a Feb. 26 opening, the production will additionally be directed by Nelson.

“Anastasia” enlists theater royalty to play Russian royalty.
Two-time Tony nominee Penny Fuller will be back on the boards this winter. The stage legend has signed on to join the cast of Broadway’s “Anastasia,” stepping into the role of Dowager Empress beginning the week of Jan. 7, 2019. Additionally, original cast member Constantine Germanacos will return to the role of Gleb, beginning Dec. 18.

“Torch Song” will burn out on Broadway.
“Harvey Fierstein’s Torch Song,” which transferred to Broadway this fall after a rapturous run Off-Broadway last season, will pull the plug on its Main Stem run. After failing to drum up attendance and ticket sales, the Michael Urie-led three-parter will play its final performance at the Hayes Theater Jan. 6, 2019. At the time of its closing, the production will have played 26 preview and 77 regular performances.

Casey Mink
Casey Mink is the senior staff writer at Backstage. When she's not writing about television, film, or theater, she is definitely somewhere watching it.
END_OF_DOCUMENT_TOKEN_TO_BE_REPLACED