‘Fences’ and Its Powerhouse Cast Heat Up Oscar Race 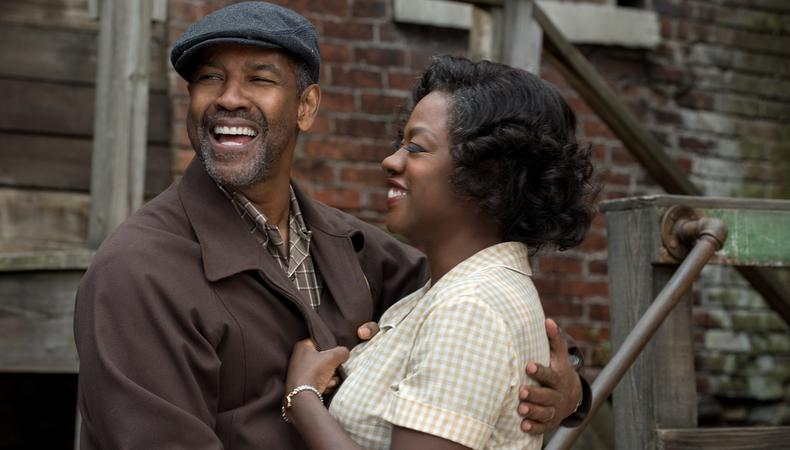 An award-winning play brought to the silver screen by an award-winning artist is never to be ignored. This is especially true for Paramount Pictures’ “Fences,” Denzel Washington’s adaptation of the Pulitzer-winning play from August Wilson. With its rock-solid source material and uniformly superb performances, the film is sure to demand the attention of voters for the SAG, Golden Globe, and Academy Awards.

Washington is directing a classic and reprising his portrayal of the down-on-his-luck Pittsburgh patriarch Troy Maxson—one of the greatest roles in the American theater canon—putting him in contention for both leading actor and outstanding director awards. The two-time Academy Award winner (“Glory,” “Training Day”) and recipient of the Cecil B. DeMille Lifetime Achievement Award at this year’s Golden Globes has experience behind the camera, having also helmed the acclaimed “The Great Debaters” and “Antwone Fisher.”

Viola Davis, a two-time Oscar nominee (“Doubt,” “The Help”) co-stars as Rose, the supportive yet suffering matriarch of the Maxson household. Although “Fences” has yet to screen at a festival, the buzz surrounding Davis’ devastating performance is palpable; the Emmy winner will campaign for outstanding performance by a female actor in a supporting role at the SAG, Golden Globe, and Academy Awards. Both she and Washington earned Tony Awards for their performances in the 2010 Broadway production of the play (although in that case Davis was submitted in the leading category).

READ: “How to Give an Awards Acceptance Speech”

“Fences” opens with a limited release Dec. 16, followed by a wide release Dec. 25. Watch its new trailer below:

Want to star in an awards season contender? Check out our film audition listings!

Jack Smart
Jack Smart is the awards editor at Backstage, where he covers all things Emmy, SAG, Oscar, and Tony Awards. He also produces and hosts Backstage’s awards podcast “In the Envelope” and has interviewed some of the biggest stars of stage and screen.
END_OF_DOCUMENT_TOKEN_TO_BE_REPLACED