Why the Film Camera Loves Your Character’s Backstory 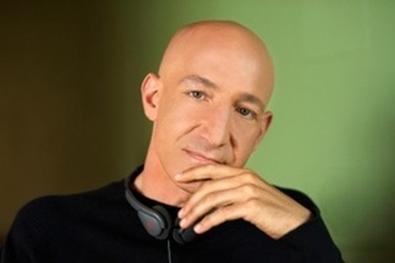 Can you imagine being a film camera? Now there’s a thankless job. Think about it. Everyone makes a big deal about you. Everyone thinks they know you better than anyone else. When making a movie, you’re the only one in the room who is irreplaceable. Yet, when the filmmaker and the film actors come together to discuss a scene and how to play it, no one asks your opinion. You are completely ignored.

All you want to do is tell them what you love in case they want to consider it when making their choices. You wouldn’t demand they use your suggestion. It’s not as though you’re not going to do your job if they don’t. When they turn you on, you’re still going to film whatever they create, relying solely on their process of scene analysis. It’s just that their performances won’t have that special magic touch that makes film audiences, other filmmakers, and film actors everywhere say, “Wow.”

It’s too bad, too. From what you understand, every actor out there dreams of creating film performances so unique, so moving, so magical that he/she is in an acting league by his or herself, setting a new standard of cinematic brilliance. The director will be all right. It’s not his or her face up there on the screen. Sure, he or she would like to be known for being great at directing actors. After all, he or she is a god, but he or she can get by with just a very good performance from an actor as long as everything else is working brilliantly. The story will still have impact. The movie may still be a success. A golden opportunity, however, will have been lost.

If the filmmaker and the film actors did ask you, as a film camera, what it is that you love most in a film performance, you would very patiently explain that what you love most in a film performance is when a character takes a scene personally. They would ask what you mean by that. You would, again very patiently, explain that when it comes to a character on film, your job is to make the audience feel as if they are the character. You do so by taking the audience inside the character. It’s what you were made to do.

Once inside the character, the audience, however, needs a lot more than what is happening in the scene taking place to feel like the character. The audience needs to know what it means to have lived the character’s life. At this point, the actors would perk up and remind you that what you are talking about is called “backstory.” You would be thrilled. If you could talk, you would say, “Yes, yes, backstory. Where is the backstory?” The actors would tell you excitedly, “It’s in a journal!”

You would pan your lens back and forth and silently sigh. You would be thinking, What is it doing in a journal? Why isn’t it in the scene? As a matter of fact, you would tell the filmmaker and film actors that if an actor plays an entire scene as if his or her character is reliving a very specific, very singular, monumental life-changing episode that happened somewhere in his or her past, as if being imprisoned by a flashback, all while speaking the lines of the scene, which simply provokes the flashback, the audience will experience the character’s entire life.

John Swanbeck
John Swanbeck is an author, columnist, speaker, creator, and publisher of CleverActorTips and Chief Creative Officer of BlueSwanFilms. He is a renowned director and teacher of actors, directed the existential comedy “The Big Kahuna” starring Kevin Spacey and Danny DeVito, and has packaged his best original techniques into the much-acclaimed book, “How To Steal The Scene & End Up Playing The Lead,” available on Amazon & iTunes.
END_OF_DOCUMENT_TOKEN_TO_BE_REPLACED