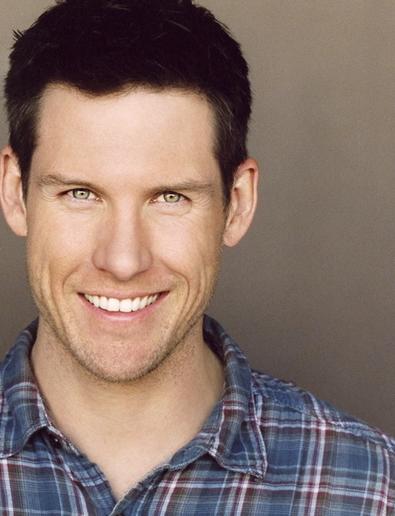 I am a theater-trained actor. I have spent years strutting the boards and working on the text, working on my projection—basically, working on my acting craft. There’s only one problem: I now work in film and television, and the mediums are very different.

Many of my students come from a theater background, and much like I did when I first entered the industry, they can sometimes have difficulty transitioning from theater to film and TV. The first thing theater-trained actors need to understand about working in film and television is specifically how different the mediums are. Obviously, there are many differences between film and television and theater— differences in physicality, rehearsal, and clearly, pay—but there is no difference more profound than how the story is communicated to the audience. Film and television is a story in pictures.

In theater, the story is told mainly through the characters’ dialogue. Often, characters will simply tell you what they are thinking and feeling. This is largely due to the physical distance of the audience. Many of them are so far away, they cannot see what a character might be thinking, feeling, or even doing, and so this information has to be imparted to the audience through the dialogue. This is why if you listen to a radio play or attend a reading, you understand the vast majority of what’s happening even though the visuals are minimal or even non-existent.

The exact opposite is true for film and TV. If you step away from your television for even a moment, you no longer know what is going on, even if you can still hear the characters speaking. The story is told through the thoughts and emotions on the actors’ faces and not what they say. How else can you explain why Steven Spielberg calls himself a “visual storyteller”? Or how we can have movies like “Cast Away,” with more than 30 minutes of no dialogue, or “All Is Lost,” starring Robert Redford, which only has two lines of dialogue in a two-hour movie, or “Quest for Fire,” which is Ron Perlman’s first film, where there is no dialogue at all? And these a just a few examples.

So, clearly, when it comes to film and TV, the dialogue is secondary to the picture, but what does that mean for the actor? It means that what the actor thinks, feels, and physically does is the story, and more specifically, what the character thinks, feels, and does. So never set about trying to just memorize the dialogue of your scene, instead focus on what your character would think, feel, and do, and let those thoughts, feelings, or action inform the dialogue.

On top of it all, props will, on occasion, need to be in the frame to help tell the story. Think of a soft-drink commercial. The actor will often hold the can or bottle right up by their smiling face. Why? Not because we do that in real life, but because the story is about the interaction between the actor and the product. The prop needs to be in the shot in order to communicate that to the audience. Think about an action film. At the end of every film, during the final climactic battle, there is suddenly a shot of the gun on the floor, or the axe on the wall. That shot communicates the importance of the object, where the object is, and that it’s going to be used shortly, all without anyone mentioning it. That’s the only reason why that shot exists.

Think of yourself like a painter. What’s in the frame? What’s out?

For your next film and television audition, focus on the picture. Spend some time beforehand in front of a camera to work on communicating what your character thinks, feels, and does clearly, specifically, and simply, and let the dialogue go. Just a little bit. After all, film and television is nothing but a “story in pictures.”

Jamison Haase
Jamison Haase attended the University of Minnesota Duluth, received his BFA in theater, and moved to Minneapolis shortly after. While there, he worked in theater, commercials, and film. He opened the L.A. On-Camera Training Center in 2007, where he teaches the tips and techniques required for hour-long television and dramatic features.
END_OF_DOCUMENT_TOKEN_TO_BE_REPLACED