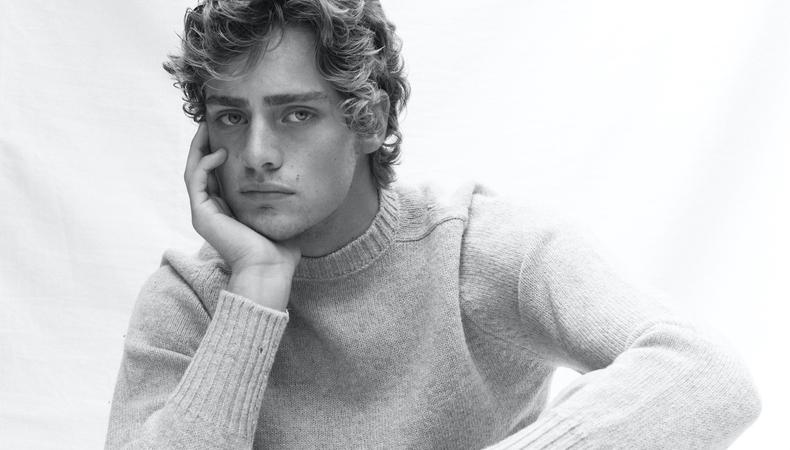 It was 2013 when Fin Argus first heard, and later covered, “Clouds,” the tear-jerking tune from the late singer-songwriter Zach Sobiech that inspired listeners worldwide. Cut to 2020, and the rising star is playing Sobiech in the movie of the same name, about Sobiech’s terminal diagnosis of osteosarcoma and how he used music to say goodbye. The film, now streaming on Disney+, shares the hopeful message: “You don’t have to find out you’re dying to start living.” Argus recently took over Backstage’s Instagram to answer fan questions about the film and share his own words of wisdom on how to succeed as an actor. Hint: It all begins with passion.

How’d you get started in acting, and at what age did you know you wanted to act?
I started acting when I was really young, and just because I had a bunch of pent-up energy, I needed to do something, and I was bouncing off the walls as a kid. So my parents just threw me in an acting class, and I took to it immediately. I think I was in first grade.

What was your first role?
My first role was probably in that acting class. I played a river, and I just laid on the ground! That was my first role, technically. 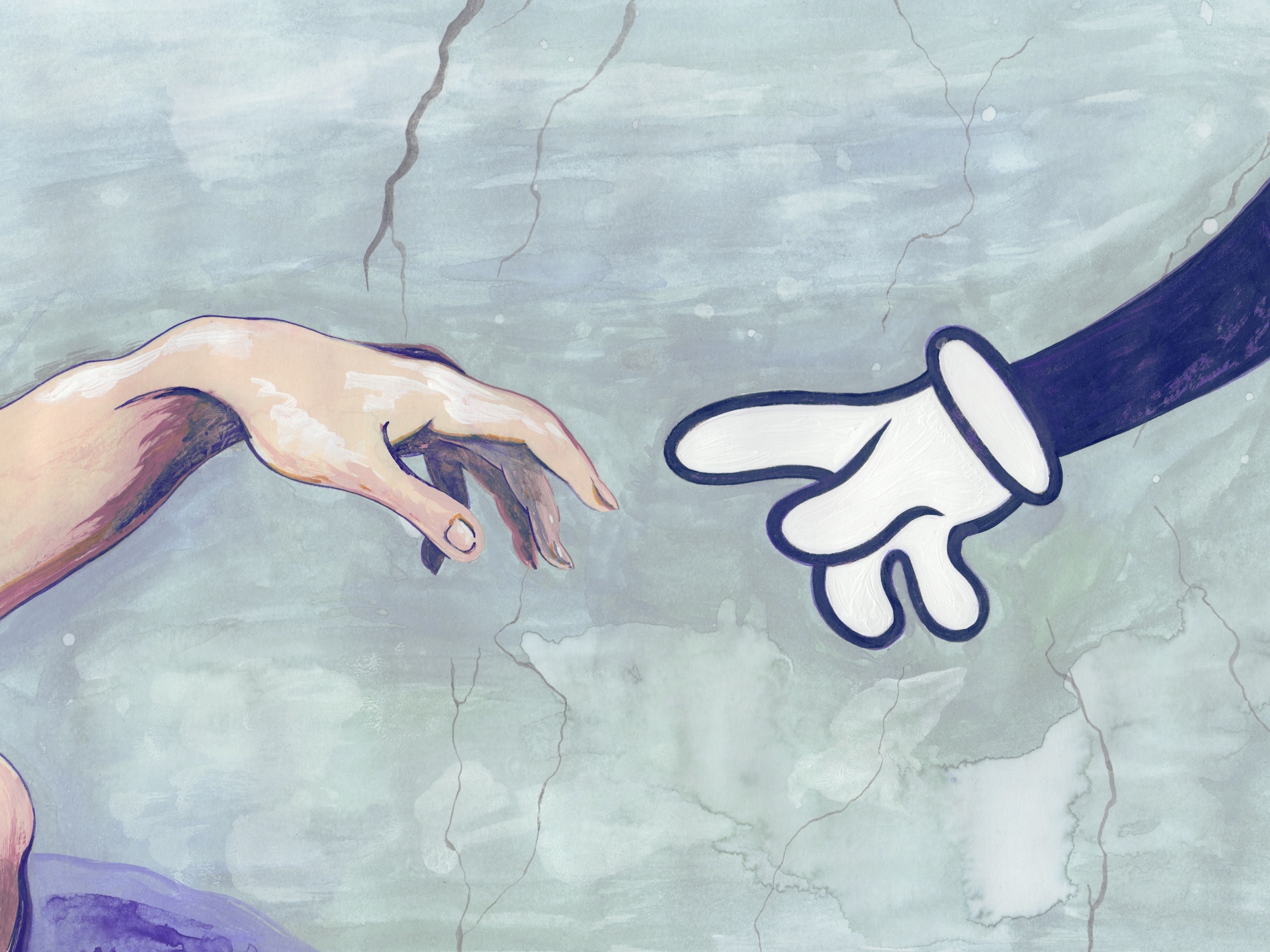 Were you familiar with Zach Sobiech’s story before getting the role in “Clouds”?
I was actually familiar with Zach’s story before I filmed “Clouds.” I remember hearing his song back in 2013, and I tried to learn it on the guitar and tried to do a cover of it, and I thought it sounded bad with my voice, so I never did. Come seven years later, I ended up booking the role!

Do you have to live in L.A. or NYC to make it big as an actor?
I would say that living in these places certainly helps because it’s easier to meet people in the industry. But honestly, I started acting in Chicago, just sending in self-tapes, and most casting is digital nowadays, especially this year, so you can be discovered from anywhere.

Any tips for new actors?
Practice constantly. Even if you’re just doing scenes with friends or making self-tapes or memorizing new monologues, just figure out new ways to be honest about how you’re feeling with your acting performance. That’s the key: honesty. You want to believe yourself.

Any audition tips?
This may sound counterintuitive, but I found that the auditions I do best at are the ones where I’m just like, “You know what, whatever happens happens. I’m going to go and I’m going to have fun and do something that makes me feel good about my performance.” Don’t worry about what they think because then you’ll get in your head.

How did you first start? What did you do to get where you are today?
Actually, I started with musical theater, and I was really lucky with getting an agent out in Chicago. After that I started going out for more TV and film, but it took a lot of time and effort. I only just booked my first feature film, and I’ve been doing this for over 10 years. It takes a long time.

How much will we be crying [watching “Clouds”]? I need to know how many tissue boxes to purchase.
I’ll be honest, guys: “Clouds” is a tear-jerker for sure. You’re going to want a box of Kleenex nearby. I’ve watched it about eight times now, and I’ve sobbed unfailingly every single time.

How long was the auditioning process for “Clouds”?
I feel like people don’t usually realize this, but it’s not usually just audition, callback, booking. It’s kind of a long process. For “Clouds” it was about two months total, and I think I went in seven times doing a director’s session, producer’s session, chemistry read.

What’s the best way to get an acting agent or manager?
The first thing that you want to do is, if you can, make your own content. Make a short film with friends or other aspiring actors, and once you have a reel, you can bring that to meetings and set up meetings with various managers or agents and show what you’re capable of.

What was your funniest audition experience?
My funniest audition moment was actually for “Clouds.” I had to do really intense emotional scenes and be crying, and then after we finished that, I had to play this really funny song, and so I was sobbing while dancing around with my guitar. It was so funny.

What age did you start acting, and how did you get your parents’ support in your career?
I was probably 10 years old when I started acting, and my parents were hesitant at first. There’s no one else in my family that’s in the acting industry or even the TV or film industry, so it was a new world for them. But when I made it clear this is what I wanted to do with my life, they were incredibly supportive.

Any advice for actors in a smaller pool of work that are feeling “stuck in a rut”?
I think it’s really important to understand that “no” is a part of the process. I’ve heard no 95% of the time. And “Clouds” is one of the first big roles that I’ve booked. It just takes a lot of perseverance. And stick it out if you’re passionate about it.

Do you recommend acting classes or a BA in acting to start out?
My acting class is auditioning and it’s working on scenes with friends, which is basically the same thing you do in an acting class. I think if you get into touch with your acting style, then that’s the best thing you can do for yourself. If you thrive in a learning environment like that, then maybe it’s a good idea to do it.

When will we get new music?
There’s a lot of lulls in acting careers. There’s work that isn’t guaranteed unless you’re a series regular in a TV show, so having another creative outlet like music is great for me, and I’d recommend it for anyone, no matter what it is—art in any form, really. That being said, I have a new song. It’s the first time I’m putting out in three years, coming out this fall, and I am just through the roof about it. Be on the lookout. “Exposure.”

How do I deal with confidence and nerves?
I feel like it’s really easy to get caught up in the nerves of thinking, “Does this casting director like the performance I’m giving?” You can’t worry about that. Take direction, of course, if they give it to you, but you need to lean into your character and trust your process.

How do you prepare yourself to play a role? Do you have any methods?
The first time I did this was for “Clouds,” but this is just super helpful: I made a character map, which basically helps me write down the emotional state and physical state for each scene in the movie and make sure it’s a consistent story I’m telling with my performance.

What inspired you to be yourself?
The thing that inspired me to be myself was seeing movies and seeing TV shows and seeing different ranges of characters represented. That’s why I love TV and film so much. It gives me a safe space to try new characters and reinvent myself.