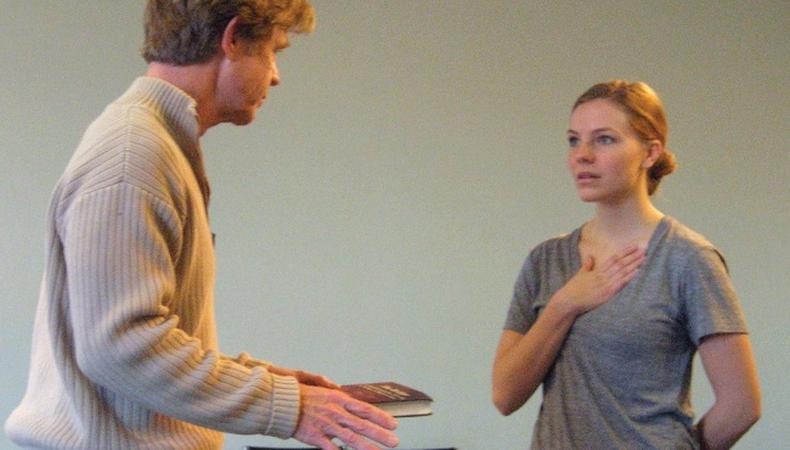 The acting school founded by William H. Macy and David Mamet is set to dole out $10,000 in scholarship money to students in its Los Angeles Conservatory program.

The New York–based Atlantic Acting School, which teaches an “analytic and spontaneous” approach to acting, offers its West Coast program as a way for students to transition into working in film and television.

“It’s geared toward the working actor who’s considering the big move to L.A.,” said Heather Baird, Atlantic’s director of education and recruitment. “Scholarship awards financially enable these actors to move sooner than originally possible. [In L.A.], they’re able to take the time and really invest in the program.”

To audition, students have to put together a two-minute film or theater monologue. “Talent and motivation are important components of this process, but so is an appreciation for the Atlantic philosophy of the ensemble,” she said. “We favor actors that recognize the value of ‘creating your own work.’ ”

Once the pool of students is selected, the money will be divvied up based on merit and need, explained Baird.

“There might be one person who gets a full ride and there may be a couple of others who get partial scholarships,” she said. “Or we may give two 50-percent scholarships and then smaller awards. We want to try and serve as many of the students as we can.”

The school prides itself on its practical approach to acting—the L.A. conservatory students, for instance, produce their own short films—and it’s paid off for some alumni, including Amelia Rose Blaire, who was a series regular on “True Blood.”

“These people, these professionals that [the students] are working with—Mamet and Felicity Huffman and Chris Bauer—they’re all deeply linked to the Atlantic,” she said. “It’s so different because there’s that intimacy. When Mamet comes into the classroom, he’s not just doing a guest class.”

In addition to working actors and playwrights, students get taught by working casting directors.

“Even the casting directors that come in—Sharon Bialy and Jeanie Bacharach—they’re not just hired for a seminar, they’re actually coming in and working with the students,” said Baird.

“Those relationships that are made during the seven-week program, they go beyond the end of the program.”