How to Find Financial Wellness as an Actor in 2018 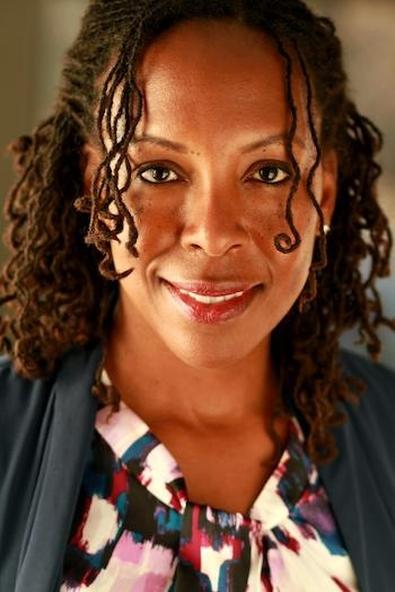 Over a decade ago, Miata Edoga entered the entertainment field as a trained actor and, like most, she was shocked by the financial realities of her chosen career path. Edoga looked around and saw an industry full of actors who were strong artists, but not strong businesspeople—herself included. Since then, she’s made it her mission to fill a void with her organization, Abundance Bound, and its partnership with the Actors Fund. She aims to share practices for fiscal well-being with actors. Such a financial education service can be critical for workers in a field where—as Actors’ Equity wrote in its 2015–2016 annual report—“69 percent [of membership] earned $15,000 or less [annually], illustrating the financial challenges of life as an actor.”

What gap did you see in the industry when it came to the subject of financial wellness?
When I came out to pursue my career, I felt like I was mentally prepared to work hard and to hustle, but I wasn’t prepared financially. I didn’t understand money and how to deal with the lack of stability in the career I had chosen. In the early years of my career, I got myself into a lot of financial trouble, and I’m really honest about that with my students. There was a point where I was almost $80,000 in credit card debt. And I used to cry a lot. I used to go to auditions not thinking about the role or thinking about the work, but thinking about what bills I would pay if I got the gig. It was just a really unempowered way to be pursuing my career. I had to fix it or I had to quit, it was one of those two choices. That led me on a journey of commitment to my own financial education. As I started to make progress, I began thinking, Gosh! Why wasn’t this taught in college or at the conservatory? And that’s what led me to start my company; that was 15 years ago.

Tuition is going up for actor training programs, and a number of schools are even adding extra provisions like audition prescreenings, which have costs. Are you noticing an impact from higher education on the community’s financial well-being?
Absolutely. I feel that higher education debt is having a massive impact on our society’s financial well-being, and I would say that for actors and creatives, that impact is even greater. There has to be significantly more accountability on the part of these institutions with regard to the debt that students are being encouraged to take on with absolutely zero guarantee of any sort of stable employment. And what makes me even angrier is the fact that I feel these institutions are largely—not 100 percent—encouraging students to take on debt and are only focusing on the training of the creative craft side and are absolutely failing their students in the business, financial, and entrepreneurial sides.

Drilling in a bit further, it’s hard for a 17-year-old to understand the financial gravity of incurring debt when they look into attending an undergraduate training program. Do you have any messages for young actors who are considering taking on debt for a BFA?
It’s difficult, right? Because you’re at that age and you’re just focused on the dreams of who you intend to be in your future, and that’s what we want! [Financial awareness] is not about squashing or depressing the dream. What I would say to the young person is take on as little debt as possible. Recognize that your debt is a burden you’re adding to the “backpack” that you’ll be carrying when you finish. We want you to be able to enter the world as unburdened as possible. The second thing I would say to any young person is to make a commitment that you are going to be a full person. That means that the same commitment you are making to your craft, you must also make to you as a businessperson, to you as a financially strong being.

Are there any foundational tidbits when it comes to monitoring one’s budget or cash flow you can share?
You have to buy into why this is important to your career and to the things that matter to you. The foundation of financial strength is clarity. A lot of us are extremely vague about what’s happening with our money. We can’t build stability, we can’t make powerful choices from vagueness. So, the first step is deciding that you’re going to actually figure out what’s happening right now, tracking literally every penny that you’re spending.

One of the most notable forces when it comes an actor’s financial stability was the ability to itemize deductions. With the recent GOP tax bill eliminating that, do you have any concerns about how that’s going to influence actors?
I have a lot of concerns. I do think that what we’re seeing at this point is a plan that could potentially penalize the working actor. But I feel there’s a lot of panic out there that has the potential to result in some rash decisions and movements—everyone’s throwing around incorporating [registering as a business]. The only message I can give right now, because I feel we have to let the dust settle, is everybody needs to breathe. We need to remember the taxes that we’re all about to file between now and April 15th, have not changed. So filing your 2017 taxes, you’ll still be able to do everything you’ve done in the past. The only advice that I have right now is the same advice I would always have, which is to continue to keep impeccable records when it comes to your expenses. And then, over the next 60 days, we’re going to have a lot more information about how we can most powerfully move forward given the realities of the bill.

Even before the tax bill went through, folks have been advocating for actors to form their own LLC, even if it’s just for liability. What are your opinions on actors forming an LLC?
Actors have to be extremely careful about understanding the kinds of jobs they are getting once they incorporate and whether those companies are going to be willing to pay their corporation.

In addition to your company Abundance Bound, you also work with the Actors Fund. Can you talk about the partnership?
The Actors Fund is a social services agency specifically for everyone in entertainment. I love their mission statement, which is basically that they foster stability and resiliency. Abundance Bound has a contract with the Fund to develop their national financial wellness program.