Find The Moment Before 'Zero' 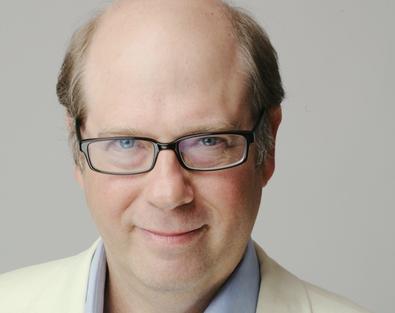 My former acting teacher, guru, and dungeon master Ed Kaye-Martin gave a piece of advice that revolved around finding the place we call “Zero” when you act. He said that it was essential for an actor to remember to go to Zero when you rehearse or perform. We asked for a translation into English. Ed said, “Actors have to understand the first moment of a scene – where you start – that place is called Zero. When you rehearse a scene over and over again, it’s easy to get stuck in the emotional place at the end of the scene instead of rewinding to where you were at the beginning.”

I understood what Ed was saying in a theoretical way. Now, thirty years and two hundred television shows later, I have seen the practical wisdom of his advice. In television, one of the greatest challenges you have is working quickly while shooting multiple takes. The great television actors have the ability to snap back to the first beat of the scene instantly, ready for the director’s call of “One more time from the top.”

Conversely, I have seen several actors play a scene beautifully only to get lost on his or her way back to Zero. They’ll start take two in tears before they hear the bad news that their son was kidnapped. They’ll be angry at their boss before they’re fired. It can be a mess. Finding and returning to Zero is a skill that cannot be underestimated. It’s central to almost every project I’ve worked on.

Many actors use something physical – a prop or a simple activity that is repeatable – to ground themselves to the opening beat. But even doing that is unreliable. I would add my two cents to Ed Kaye’s rule. The only way to be consistent in getting back to Zero, is finding the moment before Zero.

The moment before Zero is the key that unlocks every scene. It is the imaginary world that informs you where your character was before a scene started and where he’s going after the scene ends. It instructs you as to what your character is thinking when you’re silent. It grounds all improvisation in truth.

Last summer, I was invited to be a guest teacher at a master class with fifty young acting students from all over the world. Before we got into any of the exercises I had planned to do, I opened with the standard, “Before we start, does anyone have any questions?” (In my teaching experience, I have found this ploy invaluable in killing time.)

A young Australian actor eagerly raised his hand. I pointed to him. He asked, “How do you play drunk?” I was stunned into a moment of silence by three things: That this was the first question, the urgency of the question, and that it was asked by a young Australian. In truth, I thought I should be asking him.

I was about to answer when a little voice inside my head said, “Stephen, think before you speak.” So I pulled out my second favorite time-killing tactic used by teachers, I turned the question back onto the class and said, “What would YOU do if you had to be drunk in a scene?” The students looked around to one another for inspiration. Hands sprung up in the air.

The first answer I got was – “You don’t play drunk. When people are drunk they always try to appear sober.” That was a nice answer. It sounded like the voice of experience.

Someone who was an obvious devotee of the great director and acting teacher, Stanislavski, said they would think back to other times when they were drunk, observe drunk people around them, develop a sense-memory of it, and then, bring that memory to life in the scene. Sounded like a lot of work, but it was a reasonable answer.

One fellow was more into the physical and said he would simulate drunkenness by slowing down his speech and making his movements slightly uncoordinated. Without invitation he got up and demonstrated. Rather than appearing drunk, he looked like a character in a Claymation movie.

The real answer resides in the moment before Zero. How do you play drunk? The answer? It depends on why you got drunk in the first place.

In my experience people get drunk for four main reasons: To celebrate, to mourn the loss of someone or something, by accident, and by habit.

As an actor you can decide which one it is. By focusing on why you got drunk, the behavior will take care of itself. You will always be able to find your starting place, handle multiple takes, and to improvise if need be. The moment before Zero informs it all. This process applies to all character work.

Stephen Tobolowsky has appeared in more than 200 movies and television shows. He is the author of “The Dangerous Animals Club,” published by Simon and Schuster. He teaches improvisation and comedy for Kalmenson & Kalmenson.