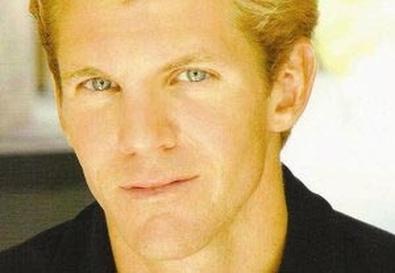 "She always said her singing didn't count unless she was under the spell of the music." Near the end of "Souvenir," my character has this wistful recollection about Mrs. Florence Foster Jenkins, his longtime collaborator. In the play, I'm trying to identify what she brought to her work, despite her artistic limitations, that made her performances distinctive and even moving. And if you ask me about my approach to preparing a role, I guess I find that statement particularly resonant as well.

"Souvenir" is written by Stephen Temperley with two distinct voices for its characters. I sometimes think an actor's job is to find the singular flavor or "music" of a given playwright's language. People often speak of the music of Tennessee Williams or Shakespeare—though David Mamet has his own rhythms and key changes too. The actor has to figure out how to sing it all, so to speak, with fluency and passion.

Of course, this is sounding kind of esoteric and impractical. There was nothing mystical about how I began work on this play, like any other. I was just trying to learn all my lines—and, in this case, music. For me, that's the doorway. I love exploring exactly what the playwright wrote and why he wrote it just that way—with the words in this particular order, with that progression of thought. The process is messy, involving a lot of cul-de-sacs and course corrections. I'll find myself paraphrasing lines or skipping over parts that weren't initially clear to me, for example. Again I have to be brought back to the precise words the writer chose. And that's often where exciting discoveries are made.

Eventually I find myself able to think the character's thoughts, simply because I've made his words my own. That informs much else, from body language to inner emotional life, as the play takes shape and things fall into place. In musical terms, I've learned to sing in a different key, perhaps, than the one I'm accustomed to. But in every performance, I'm really just trying to let the playwright's music cast its spell and work its magic—which is enough to have made Mrs. Foster Jenkins proud, I suspect.
—Brent Schindele

To help me unlock her tone-deaf singing, the first aspect of Florence Foster Jenkins that I needed to find as I prepared to play her in "Souvenir" was the tone of her speaking voice. I have had a 25-year career in opera, and I have sung many of the arias she performed and recorded. So how do I turn off my own pitch to welcome in her total obliviousness to pitch but still hang on to my own passion and enthusiasm for singing, which she absolutely had as well?

When I found her speaking voice, the body language and carriage followed. Then everything else fell into place—her childlike qualities, enthusiasm, incredible energy, and this phenomenon she shares with many others who are tone-deaf: They hear music but can't reproduce pitch. Thus the incredulousness on her part that she wasn't singing what was written.

I was afraid of all her verbiage. But like a great composer, Stephen Temperley has written such a genius play that the music of his language informs the actors where to go. The channeling of her became crystal clear when what was on the page became part of my body and soul. I was intrigued with her past and its dark parts that made her seize the day when she had the financial wherewithal to become who she always wanted to be. She did not set out to reclaim herself until she was in her 50s, and she achieved her life's dream at 77—a lesson for so many women who have had to reinvent themselves or have dreamed of doing it.
—Constance Hauman


Brent Schindele graduated from Dartmouth College, trained in New York, and began his career as Tony in the national touring production of "West Side Story." Based in Los Angeles, he has made a living as an actor ever since. Constance Hauman's recordings of "Lulu" and "Lost Highway" have won her international acclaim and awards. Her one-woman show "Exiles in Paradise" has been performed in New York, L.A., Berlin, and Washington, D.C., and has received various honors.