With “SMILF” back for its second season, the series creator explains how she went from auditioning actor to running the show.

“There was something in me, which is in all people who stay in this business: ‘Something is going to happen,’ ” says Frankie Shaw, recalling her early-career faith. “Because the payoff is so big and you love it so much, that’s what keeps you going.”

Pushing through her days as an auditioning actor and single parent, living paycheck to paycheck, apartment to apartment, Shaw is still going. While she is now best known for creating and starring on “SMILF,” the pitch-black Showtime comedy based on her life, her success was hardly a foregone conclusion. 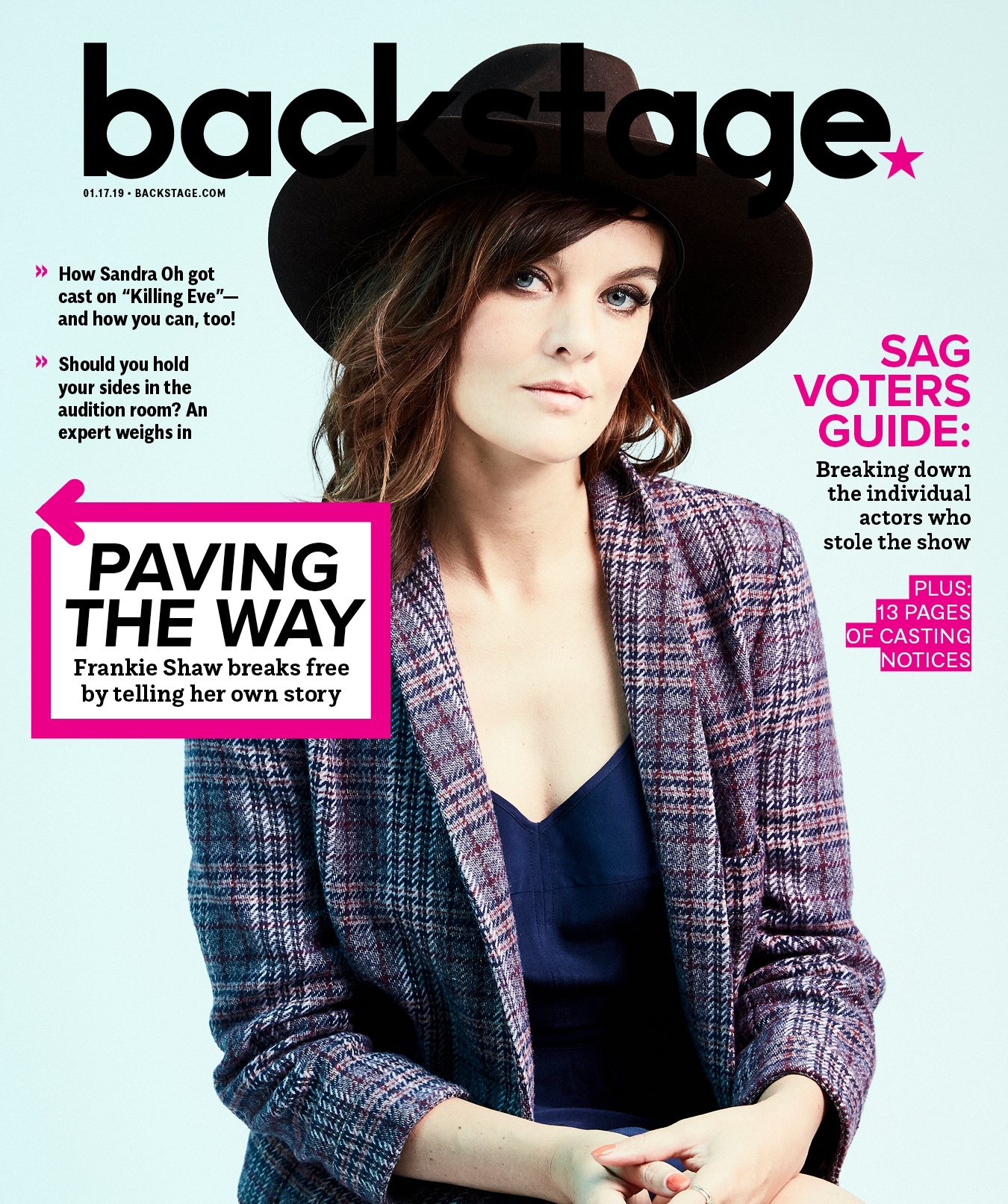 “I was very deep in the trenches of the working actor,” Shaw recalls on a late fall day in Manhattan’s Garment District, tucking into a veggie burger. “There were so many ‘You’re the girl [for this project]’ moments, and then it would not be. There was a point in my auditioning career where I was like, ‘I have to work really fucking hard and take this really seriously,’ so for each audition there were hours and hours of preparation. I could survive off of that, but it wasn’t comfortable and it wasn’t easy.”

Being an actor is a ruthless pursuit on its own, but to be an auditioning actor as well as a single parent, Shaw admits at times felt insurmountable. That is in part because there is no infrastructure in place to support actors who also have children.

“The thing about auditioning is it takes five minutes, but if you don’t have childcare, how do you do it?” she posits. “If I was desperate, I would just bring my son, but people are scared to do that. Because there’s such a [belief] that people are so desperate to break in, as far as [childcare] it’s just like, ‘Well, figure it out.’ ”

It’s ironic, then, Shaw is first to note, that what was once her biggest obstacle ultimately became the basis for her career breakthrough.

“I’ll say to my son, ‘Thank you,’ because our struggle gave me a story,” she says, speaking about the creation of “SMILF.” “I had so many funny stories about moving with him every three months. It took moving into a house this year to grasp the gravity of what a home means for us, and for him to have this really comfortable room. That is our biggest reflection as far as what telling the story has given us.” 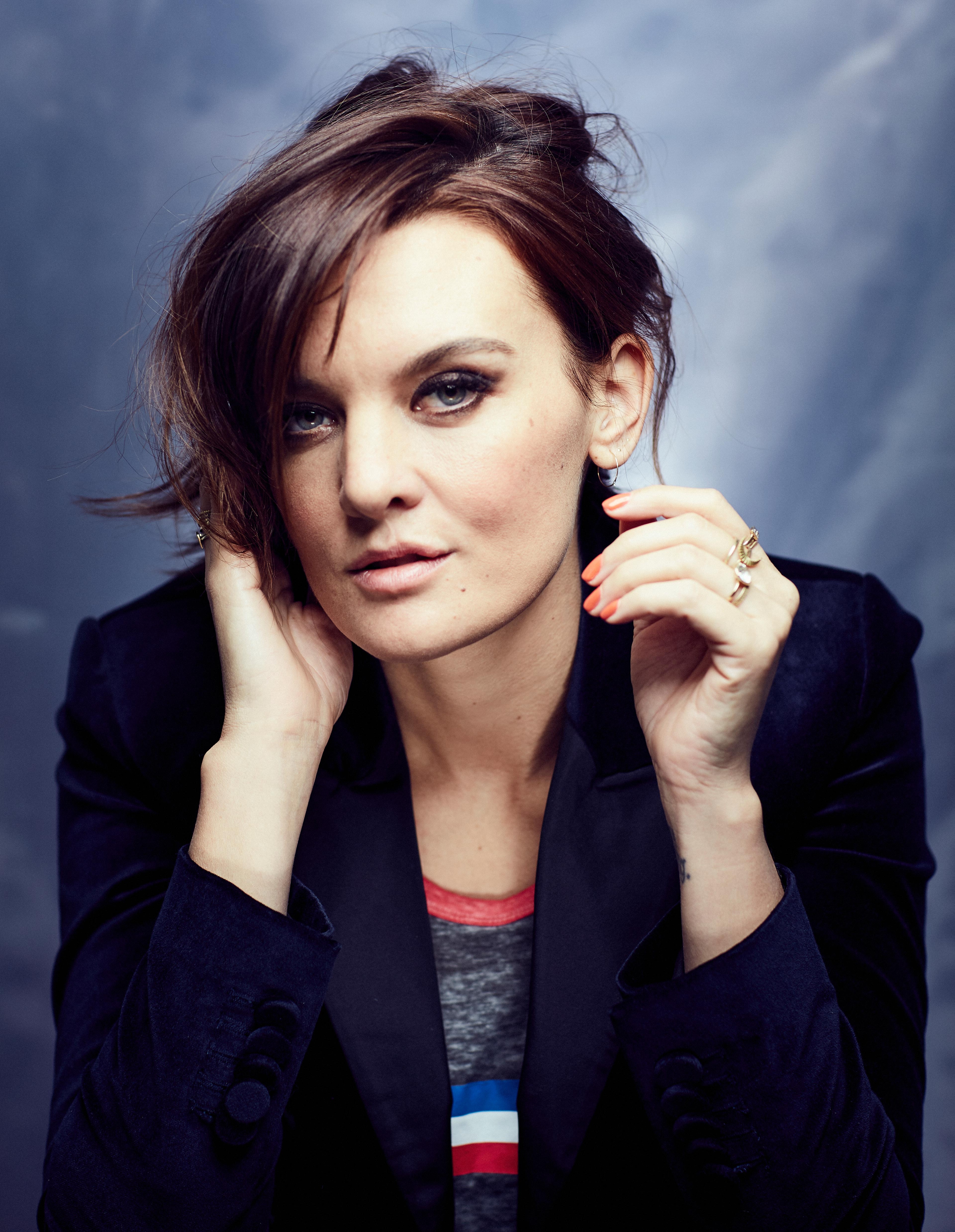 And while Shaw admits that the adage “write what you know” is true to an extent, one’s work doesn’t have to be entirely autobiographical. “If you are a writer and you write partly what you know, it doesn’t exactly have to be your story,” she says, “but the characters come from experience.” Now, having successfully done it, Shaw argues that the oft-touted advice for actors and other creatives to simply “make your own thing” is rooted in fallacy: “It goes so beyond ‘make your own thing,’ and it’s also a farce because I didn’t start [creating my own work] until I booked my first series regular gig on ‘Mixology,’ and then I could spend the $3,000 that I needed to make ‘SMILF,’ ” she says of her earnings from the ABC series. “You’d have to quit auditioning and get a full-time job [to make enough money], and then make your own thing on top of that. Really, how do you do it?”

Well, how did she do it? Like everything else, it was a confluence of luck, timing, and skill. “I was trying to get staffed as a writer because I was so sick of auditions and needed more stability for my kid, so I ended up writing a pilot, which was a little different from ‘SMILF,’ ” she says. In a can’t-make-it-up twist of fate, Shaw ended up sitting next to a director on a flight and struck up a conversation. “She called me in to audition. I gave her some notes on the script—which could have ended very badly—but she said, ‘Those are great,’ and to send her anything I write. I sent her this pilot and I met with her and Michael London, who ended up coming on ‘SMILF’ as a producer.”

It was London who told Shaw to make the series darker and more true to her story. What dawned was “SMILF” as it exists now, the first season of which mixed bulletproof comedy with the kind of boundary-bending social commentary and criticism seldom depicted in half-hour series. One particularly jarring episode begins with a Woody Allen quote before revealing that a character had been sexually abused by her father as a child, for example.

Tackling subject matter ranging from the effects of trauma to mental illness—particularly as seen in women—the series makes its return Jan. 20; it will, Shaw thinks, push the envelope further, while also letting the actors delve deeper into their characters.

“Last season was, ‘How do we talk about some of the harder things to talk about as a woman?’ ” Shaw says of the show, which she also executive produces as showrunner and frequently directs. “We set the world for everyone, so this season was, ‘How do we push ourselves further and go a little wild?’ I want to talk about identity as a woman and what happens when something that you think defines you goes away. We’re dealing with grief and psychological elements of our characters.” And her series’ actors are sure to deliver on Season 2; Shaw cast them paying close mind to ingenuity. With an ensemble comprising Connie Britton, scene-stealer Raven Goodwin, and Rosie O’Donnell in a career-best performance, the showrunner has already demonstrated her knack for building an onscreen world.

Of course, with the autonomous might of steering one’s own show behind the scenes and in the spotlight also comes a daunting (and solitary) responsibility. Shaw experienced that firsthand ahead of the series’ Season 2 premiere when she faced claims that her writers’ room was split racially and that she had mishandled nude scenes on set. ABC Studios’ investigation at the end of 2018 found no instances of misconduct on Shaw’s part.

The creator outright rejected both notions immediately, pointing to her mandate for half of her crew to be women and her dedication to hiring writers of diverse racial backgrounds and sexual orientations: “I’ve dedicated my career to creating platforms for underrepresented voices—both in front of and behind the lens,” she said in a statement amid the controversy. “That’s why I felt so strongly that at least half of my crew on ‘SMILF’ needed to be female, that we should create an intersectional workplace in which more than a third of writers were women of color, and that it was important I have female shadow directors on set.”

While the ups and downs of being a showrunner have been a new side of the industry for Shaw to explore, the desire for autonomy over writing and directing have been ingrained in her storytelling for much longer—even if she didn’t realize it.

“When I was acting in, like, shitty indie films, I thought, I want to change all this stuff. I didn’t even know I was learning to direct as I did that,” she remarks. “I’d be like, ‘Couldn’t it be faster?,’ and suggest stuff for the director. It was just a development over the years. But every audition I go on, I do rewrite it a little bit: one joke or one tiny moment at the end. They’ve auditioned this role a million times, and sometimes a real joke can wake them up.”

Ultimately, that instinct for agency was the genesis for “SMILF,” and while no one journey can be replicated—least of which hers—Shaw is adamant that aspiring storytellers of all forms should continue to seek it out.

“If you have an inkling to tell a story, that’s what was driving me,” she insists. “I knew I had scenes that inspired me and I felt the deep [impulse] to write. I wasn’t writing it to get me out of the hell of auditioning. I actually wrote it because I had a story that I wanted to tell.”

Casey Mink
Casey Mink is the senior staff writer at Backstage. When she's not writing about television, film, or theater, she is definitely somewhere watching it.
END_OF_DOCUMENT_TOKEN_TO_BE_REPLACED