Frankie Shaw of Showtime’s ‘SMILF’ on That Season Finale 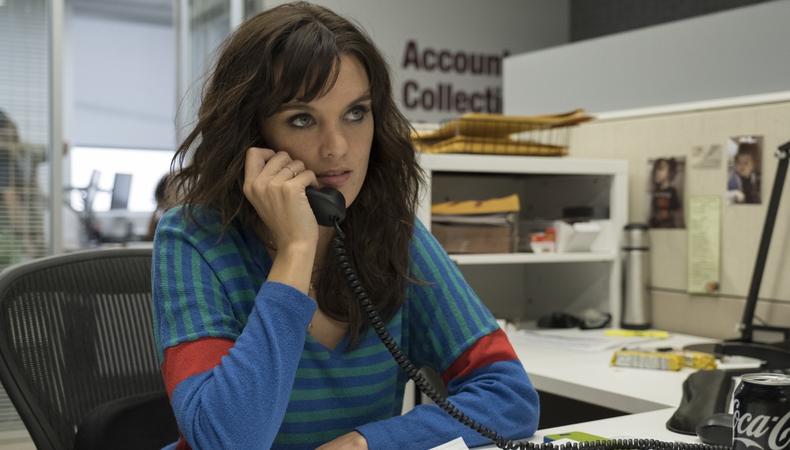 Frankie Shaw’s Golden Globe-nominated work on Showtime’s “SMILF” is multifaceted, to say the least. In the comedy, she’s Bridgette Bird, a Bostonian flailing as she tries to both provide for her child and find something resembling fulfillment. The show sometimes trades in fantasy—one episode is an homage to “Run Lola Run”—but it also depicts Bridgette’s traumas in an unvarnished fashion. (The season ended with the character resolving to confront the father who sexually abused her after matching with someone who looks like him on Tinder.)

But Shaw’s responsibilities on set aren’t just limited to performing. She’s also a writer, executive producer, and sometimes director. Backstage spoke to her about her unusual style of preparing for auditions, and the recent Season 1 finale of “SMILF,” which was renewed for a second season.

How does it feel being nominated for a Golden Globe?
Oh my god. I can’t believe it. It’s pretty unbelievable just because that type of experience seemed like it was always so far away and foreign to me.... I love watching awards shows and it seems like there’s a special group of people. It’s just amazing that you can work so hard on something and it gets recognized on a greater scale. I keep high-fiving my husband.

“SMILF” was nominated for comedy series and you were nominated for acting. Are those different feelings?
They are both amazing and the show being recognized feels so like, Oh, more people will watch the show now. It just feels really special. And the acting—it’s the thing that I probably value in myself the least maybe I’ve been beaten down by so many years of nos.... So that part feels really special because I started out as an actor before I started making films. I’m telling you it’s been—like anyone—consistently auditioning for 13 years, hundreds and hundreds of auditions. The amount of hours! I have had two series regular shows and a recurring, and then all the rest indie movies or one-offs. That’s many, many, many auditions. It’s really wild.

How do you typically prepare for an audition?
I have a very specific process. I usually hire my son’s babysitter and we just run the lines. I can’t look at them. She has to say them to me and I repeat them back. So I do that. I learned that I’m a kinesthetic learner, which is a smaller percentage, which is experiential, which is why when I’m directing I have to be in the room and feel it out. I get to know the scene by call and repeat. I also add my little personal touches to it to make it feel like I’m putting more of what I can bring to the character. And then I just run it so much. I’ll be driving to the audition and call whoever, my assistant or babysitter, on the phone and run it all the way up until I get it.

What is your worst audition story?
Oh, my god, there’s been a million. I remember in New York auditioning for Bernie Telsey for a play where I had to do a British accent. It was a period piece, and I remember dressing in some ridiculous petticoat, which was so unnecessary. And then I would start the accent and I would [say], “Oh god, I keep messing up. I’m so sorry. I’m going to just start again, is that okay?” And I would start again, and then like, “Oh my god, can I just start again? Oh my god, I’m being such a crazy actress right now. I’m so sorry.” It was just imploding. I don’t even know if I got through it. And the thing about that was my family had a family vacation, which they never do, to London. And I skipped, going to go on this probably open call audition that I bombed. That was terrible.

What has creating Bridgette in “SMILF” added to your acting skills?
I think that as the season went on, we found that having Bridgette engage in physical comedy was really fun and it’s something that we want to add more. A lot of times I would do something just as a joke, like in the finale, just fall to make the crew laugh. Then it was just, “How do we incorporate that into the story more?” I have an athleticism and there’s an athleticism to the character.

I think [I learned about] asking for what you need. So in the scene in the finale where I had to get emotional when I was reading the letter, I requested that we didn’t break for lunch until after my close-ups were done, knowing that if we took this lunch break and stopped the momentum and I came back with a belly full of food it would be a little bit harder to access some of that. So we just pushed lunch 20 minutes and got the first couple shots off. It really helped me I think.

In the finale, what was it like performing that moment when Bridgette reads the letter to the man who she believes is her father?
It’s strange because on the show I’m not just the actor. So on one hand I kind of have to put on my blinders and engage in the scene. Like, if I was just the actor I’d want the director to come up and tell me it was great, but I just sort of would shut everyone else off, do the scene, and then when I needed to change the camera I was only the director and we weren’t talking about the emotions or the scene. It’s the same thing as doing nudity in front of my crew. Like, okay, now we’re just going to pretend I’m not the one running the set. Yes, you guys are seeing my ass but whatever, I’m going to put on clothes in one second and move on, you know? It’s just sort of like compartmentalizing for me my different roles because the way in which I approach the roles are very different.

Does writing and directing empower you to make different choices in your acting that you might not if you were on somebody else’s set?
One hundred percent. I do think that for me it takes me a little while to gauge what a set is like or to get comfortable. And as I’ve gotten older I would say I do get more and more comfortable. But I also am learning. So much of acting is comfort and confidence. So because it is my own show, I’m fully capable of making a fool of myself and falling on my ass and it doesn’t matter, you know? I think the best actors do sort of take ownership and take their time and have confidence.

The opening of the finale is staggering and pointed: using a Woody Allen quote in his signature font and then cutting to a scene of Bridgette when she’s a young girl, calling people to tell them that her father abused her. What was the impetus behind calling out his alleged sexual abuse? How does making a choice that’s so bold affect you as an artist?
When we were writing the show we always had the idea of doing the Woody Allen font when we were breaking the episode. But then what happens is whenever we’re editing I’ll be in the edit with my editor—Christian Kinnard in this case—and we’re like, “We’ve got to put a quote in.” And it always has to do with the theme of the episode. Literally, it was just the first one I thought of. I was like, “Oh, let’s look up Woody Allen quotes.” And then it made us laugh so hard to go from a Woody Allen quote saying, “the heart wants what it wants, there’s no logic to it” to “my dad touched my vagina.” It was partly because I believe the victim. I start believing the victim until I’m proven wrong. So I believe Dylan [Farrow] and I think it’s pretty obvious considering Woody married another daughter of his. It’s not like a far-fetched idea. In a way it was like, culturally we haven’t shunned you publicly, but I can in my art because I believe Dylan and this episode is about childhood sexual abuse so let’s just be a little tongue-in-cheek about it.

Through the show and in the finale you’re dealing with very pertinent, very tough issues. What kind of responsibility do you have as an actor when you’re portraying that?
I think that it’s really just about giving an honest experience of it. Not commenting on what’s happening. And so if it’s painful for her, let it be painful even though she might be judged for it. Or if it’s not, and she’s nonchalant about something, let that feel truthful even though others might judge her for it. It’s that thing: Don’t judge your character.

How do you prepare for especially tough scenes?
For me it’s, as a performer, knowing what I need. Sometimes I found because I’m doing so much on the show I have to put my phone away when I’m shooting because I’ll get distracted by the other elements of creating a show. I run lines a lot so I can then throw them away. I’ll take some assistants and I’ll block—this is more the directing—I block the scene out so if I have to change the script on set, I will. And then, you know, underneath it your motivation changes the blocking. If you’re really lost in a scene, find the beat change and then it’ll help you figure out the blocking.

What was your most memorable survival job?
I’ve had so many jobs. What’s true is in “SMILF,” tutoring and writing essays for rich kids. I also helped an acting coach open up his acting studio by doing all the paperwork and setting up his website. I don’t know if that’s interesting. I’ve just done all of the bad jobs. Oh, I have one! In New York I was a dog runner where I had to take the dogs on an hour run. So I was just running the dogs all day. It was called Running Paws.

What advice would you give your younger self?
Keep going. I mean I think that’s the key. There were so many times where I was like, “I don’t know should I give up? What else can I do?” You just keep going. Keep trying.