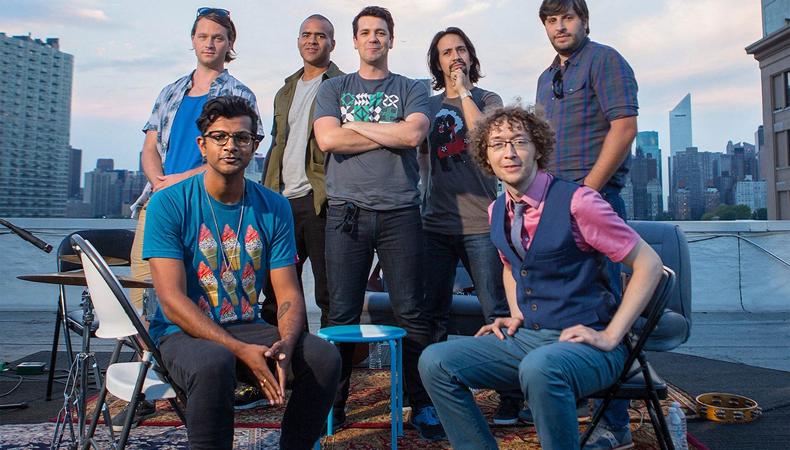 Catch the flow.
“Freestyle Love Supreme,” the improvised hip hop stage show co-founded by Lin-Manuel Miranda is back for a very limited engagement. Tickets for the experience, helmed by “Hamilton” director Tommy Kail, unsurprisingly sold out in a flash. However, TodayTix offers a daily lottery for $30 tickets, giving out 15 for every performance. Though Miranda is not in the regular cast, audiences audiences never know who may drop by. ($119)

Get down for a good cause.
Artists for World Peace is back for another installment, again featuring talent from some of the biggest shows on Broadway. On Feb. 17, join stars from “Dear Evan Hansen,” “The Band’s Visit,” “The Book of Mormon,” and more at the Green Room 42, where they will sing, dance, and share stories to help communities and children throughout the world. All proceeds from last year’s event funded Native Eyes Project, which provides eye care to Native American communities across the U.S. (Tickets start at $102.50)

Take a crash course in shorts.
The Academy Awards are fast-approaching, and if you’re a completist trying to cram all your viewing in before the ceremony on Feb. 24, you’ll want to make it to the IFC Center. Through Feb. 21, the West Village theater will be screening all five of the 2019 Oscar-nominated short films in one all-you-can-eat session. BYOT: Bring your own tissues. ($16)

Head to the Apollo for nearly nothing:
In honor of the 85th (!) anniversary of the Apollo Theater, the iconic venue is offering 850 Amateur Night opening tickets for a fractional $8.50. The Feb. 20 event will also include a special performance by R&B singer Raheem DeVaughn. Honestly, what else do you need to know?

Be under no illusion:
Through Feb. 24, head to La MaMa’s Downstairs Theater for “City of No Illusions,” the newest inventive work from veteran theater company Talking Band. Written and directed by four-time Obie winner Paul Zimet, the dark comedy is set within a funeral home and features original music by Ellen Maddow, as well as an international cast of 12 performers. ($25)

Casey Mink
Casey Mink is the senior staff writer at Backstage. When she's not writing about television, film, or theater, she is definitely somewhere watching it.
END_OF_DOCUMENT_TOKEN_TO_BE_REPLACED