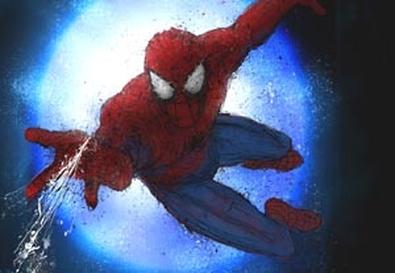 Yeauxlanda Kay broke a leg. It happened five years ago during a performance of "Too Much Light Makes the Baby Go Blind," with the avant-garde theater group the New York Neo-Futurists. In one of the show's 30 two-minute plays, Kay was chased by another actor and then had to leap over a set of chairs. It worked in rehearsal. In front of an audience, though, she stuck the landing "too well," she said. "I landed like a lawn dart."

She remembers her right knee buckling and hearing her femur hit her tibia. She also heard someone in the audience say, "Oh my God, that's not good." But Kay finished the show. The following morning she felt the worst pain of her life. X-rays revealed a chip in her tibia. A doctor told her to stay off the leg for a few weeks to give it time to heal. She didn't have that kind of time. She didn't have insurance either.

Theater is physical and often involves myriad hazards: trapdoors, moving sets, smoke machines, raked stages, simulated violence, even flying. So the risk of injury to actors, from Off-Off-Broadway to the latest megaproduction on the Main Stem, is always real. But as shows push the envelope, whether through physical action or special effects, are actors more at risk?

Though it's difficult to say for sure, injuries to actors have made recent headlines. Take "Spider-Man: Turn Off the Dark," a $65 million Broadway production that has been beleaguered by more hobgoblins, from script problems to safety issues, than its title superhero. Actor Kevin Aubin broke both his wrists in October while rehearsing a flying sequence. Another actor injured his feet weeks earlier, according to news reports. Earlier this year, in the Broadway revival of "A View From the Bridge," actor Santino Fontana sustained a concussion in a stage mishap and was forced to leave the show. In 2005, Idina Menzel fell through a trapdoor and was hurt during a performance of Broadway's "Wicked"; the same thing happened to Adrian Bailey in 2008 in "The Little Mermaid." Reaching further back, two actors were hurt during a performance of "Aida" in Chicago more than a decade ago when an elevated tomb they were in fell.

Data from the Occupational Safety and Health Administration shows a rise in on-the-job injuries to "performance artists" in recent years. In 2008, there were 4,100 workplace injuries to performers with performing arts companies nationwide, resulting in 1,600 performers being forced to miss work or having restrictions put on what work they could do. In 2009, the total jumped to 5,800 injuries; 2,000 performers missed work or had restrictions placed on them.

Still, theatrical productions have come a long way safetywise in the last 20 years, said Gene O'Donovan, president of Aurora Productions. Flying sequences, for example, are now governed by mechanical and computerized controls with safety backup procedures in place, not by a stagehand holding a rope.

"I'd say we do a much better job than we did before," said O'Donovan, who's also an adjunct professor at SUNY Purchase and Columbia University, teaching production management. "The whole safety process—just in general, and in the world—is so much more than it has been previously. Workplace safety has come a long way."

When the oft-delayed "Spider-Man" finally opens, it will feature some of the most daring web-swinging acrobatics ever attempted on Broadway. But first it will have to get safety approvals from the New York State Department of Labor. When inspectors visited rehearsals earlier this month, only seven of 35 flying sequences were ready to be viewed, according to Labor Department spokesman Leo Rosales. "We're still waiting for them to notify us so that we can see the rest of the maneuvers," he said. "We stand ready to go back."

Business representatives from Actors' Equity Association will also visit a production several times—from tech rehearsal to long after opening night—to ensure that the show is being produced in accordance with contractually negotiated safety guidelines, said union spokeswoman Maria Somma. For example, if a stage is raked, it must be at a certain angle and actors must be trained in how to perform on it. Smoke and haze must be created using certain products and machines and kept at a specified distance from performers. All costumes, wigs, scenery, and exits are checked.

And as productions get more elaborate, safety rules follow suit. "The technology is changing," Somma said. "The industry is trying to keep up with that."

If an Equity rep visits a production and sees a potential hazard, the union will call the show's general manager. "We're not trying to minimize the artistic elements of the show," Somma said. Rather, they're "looking to preserve safety." That's something that the union and the Broadway League, the trade association of Broadway theater owners and producers, take seriously, she said.

As needed, Equity will organize committees to look at specific safety concerns. For example, one committee focused on the potential health effects of smoke, haze, and pyrotechnics. According to Somma, Equity and the Broadway League look to see whether "early adjustments can be made to minimize, eliminate, or reduce the amount of injuries."

Injured or not, to qualify for six months of health insurance through Equity, union members must have been employed under an Equity contract for at least 12 weeks during the previous 12 months. With 20 or more weeks of work in a year, actors qualify for a year of coverage. "Participants are evaluated for health coverage eligibility four times per year," according to an outline of the health plan on Equity's website.

Nonunion actors may be eligible for workers' compensation if it's provided by the theater company. Health insurance is also available through organizations such as the Freelancers Union and Fractured Atlas. But some actors may have to rely on the magic of "Dr. Footlights" or take matters into their own hands.

Kay, who didn't have health insurance when she broke her leg leaping over the chairs, toughed it out. To accelerate her healing, she ate red meat to build up her red blood cells, took a shark-cartilage supplement, and drank a Guinness each morning. As she hobbled around the city on crutches, "strangers came and laid hands on me to pray for my healing," she said. She also tried Bikram yoga. After more than a year and a half, she discovered acupuncture. Two weeks later, the knee was healed, Kay said.

Jacquelyn Landgraf had to drop out of a seven-week run with the Neo-Futurists a few weeks ago after spraining her ankle when her "rock-star jump" ended awkwardly on a toilet plunger wrapped in Christmas lights. She has turned her experience into a lesson for the aspiring actors she teaches at the Atlantic Acting School in New York. New actors who are still learning to be more in touch with their physicality, she said, can injure themselves because they aren't yet aware of when they may be taking things too far.

"It's your livelihood, and if you're out of commission, it affects your life," Landgraf said. "You do one little wrong thing, and then you're out of work for a few months."