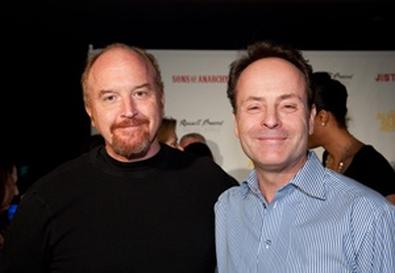 Standup comic Louis C.K. could have taken a lot of money from a network like CBS or NBC to develop "Louie," his unique comedy series that combines disconnected personal stories and comedic vignettes with clips from his live performances. But the critically acclaimed show debuted on FX in 2010 because the cable channel was willing to give C.K. something even more valuable: creative freedom.

C.K. writes, directs, and stars in each episode. (Until this season, he also edited the show himself.) To maintain complete control over every aspect of "Louie," though, the comedian agreed to a smaller upfront fee and per-episode budget from the network. The "Louie deal" has since been the envy of comics everywhere, and C.K. is one of the most successful standups touring today.

Before the third season of "Louie" premieres June 28, FX president John Landgraf spoke to Back Stage about Louis C.K.'s creative process, and why leaving the singular comic alone has spawned one of the best shows on television.

"I think Louis is a very rare bird," Landgraf said. "There are not very many people out there who do standup, who write, who act, who produce, who edit, who are really skilled in music, and who know a lot about cinematography and lenses. I mean, this guy is a really complete filmmaker. So he's rare in the sense that he really requires virtually no support and no supervision. He can literally do everything himself. He's willing to work on a shoestring and able to produce quality on a shoestring. But there's also a fragility to his process. The minute you start futzing with it and forcing it into a certain position, or making him do rewrites or giving him notes, he just kind of freezes up and he can't work. He's a guy who can almost only work for himself.

"What I'm grateful for is that I work at a basic cable network and I have a lot of support from my management, and I was able to adapt a system that was uniquely right for Louis. I said basically, 'Hey Louis, look, if I have to give you too much money, then I have to give you notes, because I have a fiduciary responsibility as an officer of a publicly traded company to invest the company's money wisely. But if I can give you this little money, then I can do something kind of crazy. If you can make a show of real quality with that little money, I don't have to give you notes.' And he took the deal.

"He took less money for more creative freedom. It turned out to be a great bet for him, because he was capable of making something extraordinary for little money. He's going to end up making a lot of money on that show because it's going to be on the air for a long time and he owns a really big chunk of it. He made a big bet on himself, and it was the right bet. And I came along for the ride.

"If there's another Louis out there and they read this, they should pick up the phone and call FX. The guys behind 'It's Always Sunny in Philadelphia,' who could perfectly well make a television show now without any input from me, couldn't make a television show without input from FX when they started. They needed a very well-constructed infrastructure as they were learning how to do this. So I would be delighted to work with someone who doesn't need any input from us, but I would also be delighted to work with somebody who's incredibly talented and needs a ton of input from us. The key common denominator there is talent—not, 'What process does this person require in order to bring that talent to the greatest fruition?' It is the talent itself. We just try, as more of an indie film business than a big factory, to adapt ourselves to the process needed by the talent, rather than forcing them to adapt to our process."

On top of his reinvention of the TV comedy form, C.K. is also revolutionizing other aspects of the business. He has released his standup specials "Live at the Beacon Theater" and "WORD" on his website, where fans can download audio and video files for $5 each. (Aziz Ansari and Jim Gaffigan have since done the same.) C.K. extended that DIY distribution model this week when he began selling tickets to his upcoming standup tour on his site, as well, eliminating the need for an external ticketing service and the accompanying surchages to keep prices low for his fans. Tickets to most shows sold out in a matter of hours.

The third season of "Louie" premieres Thursday, June 28 on FX.