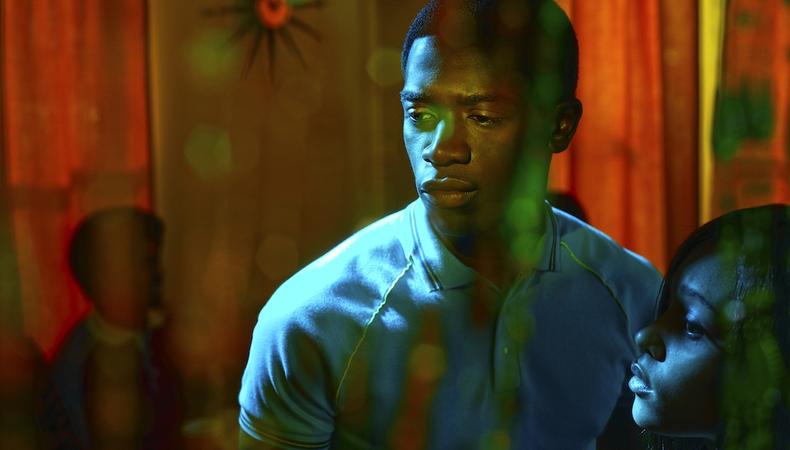 So, first thing’s first: I’m not an actor.

I’ve never taken an acting class. Never written myself into a scene. Never planted myself at the end of the bar in a scene to look cool for my friends. (They already know I’m not cool.) Don’t get me wrong, I love actors! I have the utmost respect for the craft, and I’d be dead in the water without them. But I’m not one of them.

And yet, when you come in to audition for “Snowfall,” I’m the one who decides whether or not you’ll be on a show your parents can brag about or at home making another self-tape wondering what went wrong. (The answer to that, by the way, is almost certainly “nothing,” but I’m getting ahead of myself.)

Is this unfair? You betcha. But here’s what I can give you: some thoughts, rules, and whatevers on the audition process that may demystify the perspective of those of us on the other side. My goal is to help make you more comfortable and better suited to continually do your best work so you can make my show better while getting you cash-money, a scene for your reel, and creative fulfillment.

1. I’m just as uncomfortable as you are.
Like most showrunners, I got into this racket to write and to be alone in a room with my imagination. And yet now I somehow find myself in a room with an actual human in front of me, hearing my dialogue spoken for the first time since I’d written it. So if I seem a little off, don’t assume I don’t like you or that I don’t think you’re any good or that I’m bored or daydreaming about Sugarfish. (Actually, the Sugarfish thing might be true. Sorry.) But I’m likely sitting there insecure with the scene and rewriting the dialogue in my head while simultaneously thinking how to articulate a note that’s clear and concise and makes sense in actor-speak—a language in which I’m not yet totally fluent. So when you get in there, if it’s not the most welcoming and inviting and glorious environment, know that it’s not you, it’s me...or maybe it’s Sugarfish.

2. Be your best self. It matters.
The cliché is true: You get what you give. Energy in the room feels off? Flip the script and make it what you’d like it to be. Ultimately, this is your audition, not ours, so act like it. Be open and free, vulnerable and gracious, and that’s probably what’ll come back at you. That doesn’t mean you have to be smiley and bubbly, but don’t bring extra drama into the room. We can tell. And if when the dust settles and it comes down to you and one other person who’s equally right for the role, I’ll go with the person who I think won’t upset my delicate set vibe.

3. Know. Your. Lines.
Uh huh, I know, I can hear you now: “Dave, I’m reading this for insight, why are you hitting me with this basic shit?” Because it’s still staggering to me how many people come in unprepared. And we’re talking about producers’ sessions here. Oh, what’s that you say? You want the benefit of the doubt? You’ll learn them before we shoot? Sorry, no chance. If you didn’t put the work in for the audition for this legit FX show, why would I think you’re gonna show up on my set prepared?

Do I sound paranoid? Yeah, maybe. But you’ve never had to rewrite a scene on the day because an actor showed up not knowing his lines. (Yes, I had to do that, and it sucked for everyone except the talented young girl who went from playing Prostitute No. 1 to quickly learning and carrying an entirely new scene.)

So either know it before you come in or call your agent and tell them you’re sick, because otherwise you’re wasting everyone’s time.

4. Don’t beat yourself up—you probably weren’t right for it anyway.
When I write a character, I’ve got a very specific notion for who that person is. And unfortunately, the thing in my head probably isn’t you. There are a few world class talents who are so compelling and versatile they can do anything, and if you’re one

of them, I envy the life you’re gonna have. But for the rest of us—the mortally talented grinders—you’re gonna bring a lot of your general presence and aura to the role, and more often than not, that’s not what I had in mind.

Rejection is hard enough, but if you start to take it more personally than you should, it’s going to affect your next audition and begin a vicious cycle. Most times you’re just not right, and that’s okay. Eventually, you will be! And those rare days are why you bring that good work the rest of the time.

I’m sure there must be more, but right now that’s all I can think of. Interestingly, most of these rules also apply to when you actually book the job and get onto set, but that’s another column.

Until then, keep on keeping on, and I’ll see you in the room.

Dave Andron is the showrunner and co-creator of “Snowfall” on FX. Season 2 premieres Thursday, July 19.

Ready to act on the small screen? Check out Backstage’s TV audition listings!