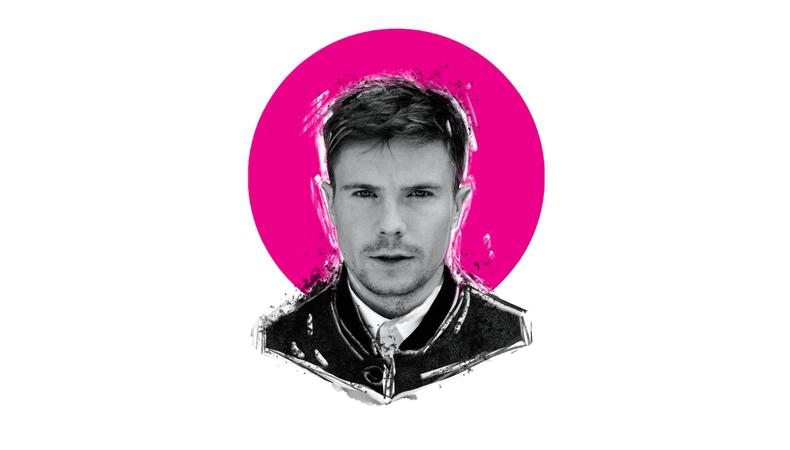 Since his breakout television role as Chris on the cult U.K. drama “Skins” in 2007, Joe Dempsie has found success on other beloved TV shows—among them “Game of Thrones.” Fans celebrated when his character, Gendry, the bastard son of King Robert Baratheon, returned after a multiyear hiatus on Season 7. Here, Dempsie revels in seeing the character through to the end of the HBO hit’s eighth and final installment.

What has playing Gendry on “Game of Thrones” added to your acting skills?
It’s certainly been a challenge for me. I started acting in a drama workshop in Nottingham for kids and teenagers. It was about studying the nuances of screen acting as opposed to stage. It was heavily improvisation-based…. From an early age, my sensibility has been naturalism and playing with dialogue and hopefully collaborating with writers and directors, and “Game of Thrones” is the other side of that spectrum. Every line, almost every word, is written with purpose and it’s there for a reason. If you want to change a line, you need to have an incredibly good reason to request it. Not having much experience with period drama, the challenge for me was taking these words that I don’t really have any control over and making sure they sound as natural as possible. There are so many actors on the show who spent years on the stage and spent more time on the show than I have who are masters at that. I spent a lot of my time observing them and trying to take from them what I could in that regard. It’s definitely still a skill I’m trying to master.

You wrapped filming “Game of Thrones” last year. Does it feel like an accomplishment that Gendry made it to the final season?
He does have the slight caveat that he spent three seasons out of the show. When you think about it in retrospect, it is the safest place to be if you want to make it to the end. Over the years, even as early as the first few seasons, people would ask on occasion, “What would you like the fate of your character to be?” You might get the odd person who would say, “I’d like to be king or queen.” From Day 1, my only desire on a personal level was to see Gendry make it to the final season. Even back then, you got the sense that wherever this story was going, it was going to be quite the climax. I think a lot of the actors on the show just wanted to be there for the final season and be a part of it, drink in the atmosphere of that story coming to an end. Year on year, the scale and scope of the show seems to have gotten bigger and bigger. I just wanted to be on set during the filming of Season 8 with some kind of knowledge of where it was going. I’m delighted that I was there.

When Gendry shows up again, it’s very satisfying to know he didn’t just row into oblivion.
One of the aspects of the fandom the show initiates is the fact that the longer a loose end is left untied, the more conspicuous it gets. Rather than fading off into the distance, which is what David [Benioff] and Dan [Weiss]’s plan for Gendry was, they wanted to leave it long enough that viewers had started forgetting about him before they brought him back so it would be this huge surprise. It was satisfying for me that it was still a question people were asking and it was still a strand of the story people were interested in. I thought people would’ve completely forgotten about him, but with every passing season, the question of Gendry’s whereabouts became more intense.

I was, in those intervening years, very aware that on “Game of Thrones,” you are a cog in a humongous machine. This is a tale with myriad strands that David and Dan have somehow corralled into something that’s cohesive and compelling. It wouldn’t have surprised me at all that during those wilderness years for Gendry, they didn’t have the space to address his story. To their credit, they’re ruthless like that. I would’ve bowed to their superior knowledge. For me, the last year and a half of those three years that Gendry fell out of the show, I was preparing myself for the fact that you would never see him again.

With a cast and plot so far-reaching, did you ever have trouble keeping it all straight?
Certainly. I still, to this day, maintain that there when the show airs, there should be a red-button feature where you can choose to watch the show in annotated form. Sort of like SparkNotes, a little thing popping up reminding you who that character is. It’s mind-boggling, the world that George [R. R. Martin] has created. The fact that they’re about to undertake production on a prequel that’s set 3,000 years before is insane. That there is even the possibility of tracing family trees of characters back that far shows how complex this world is. As an actor, being part of that, that’s something your ego has to get around. The analogy that I always use is an English football analogy, which might not go over too well in the States. But there’s an incredibly famous manager of Manchester United called Alex Ferguson who always used to say, “No player is bigger than the club.” It wasn’t worth upsetting that balance of power for the sake of one football player. There’s a similar kind of thing with “Game of Thrones.” Obviously, everyone has an ego, and actors more so than others. But you have to realize you are there to serve a much bigger story. The story is much bigger than your character will ever be.

What advice would you give your younger self?
Enjoy experiences in the moment more. With anything that starts out as a hobby and becomes a job, you can let adult anxieties creep into it. But there have been a number of acting jobs over the years [that], for whatever reason, I felt were quite daunting and therefore I looked forward to the point where they were over. And then I come to the end of it and I realize it’s been such an incredible experience and I haven’t appreciated it in the moment; I’ve been waiting for the stress of the job to be done. In the past few years, I’ve tried to enjoy the experience as it’s happening rather than looking back on it with rose-tinted spectacles.

How do you keep yourself from burning out?
I imagine it’s fairly common for most actors, if they’re filming something, [that] as they approach the final six weeks of that shoot, their agent will send them stuff they might want to consider for afterward. I don’t do that. I’m concentrating too hard on what I’m doing at the time. I’m terrible at splitting my attention between two things. I’m still trying to work out what the solution to that is, to be honest.

How do you typically prepare for an audition?
Video auditions are becoming more and more prevalent in our industry. It’s opened so many doors for so many actors, particularly British actors who want to audition for American productions. It’s not necessarily a medium I thrive in. I always prep well. The least you can do is make sure you’ve got the lines solidly learned before you go in. If the lines are something I’m not having to think about, I can be more malleable when playing a scene. In terms of auditions themselves, I feed off the nerves you get before going into a room and sitting opposite a casting director and a director and a producer and giving your interpretation of the scene. If you’re in a room with people, it becomes a collaboration.

What was your first headshot like?
It was not good. I would’ve been 18, and I’d just signed with an agent. I had quite bad skin when I was a teenager that I was very self-conscious about. It was taken in a cemetery! I just remembered that. [Laughs] I look very baby-faced in it.

Ready to advance your career? Find all the acting advice you need here.