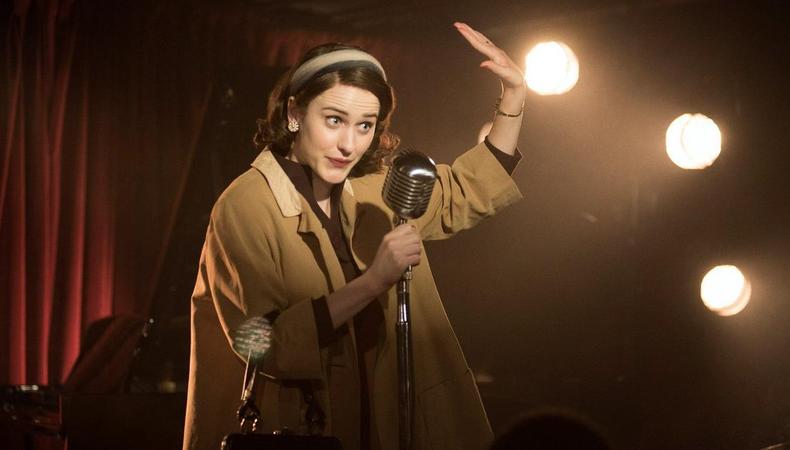 The ceremony, hosted by Michael Che and Colin Jost of “Saturday Night Live” at the Microsoft Theater in Los Angeles and televised on NBC, celebrated diversity on the small screen and the seven decades of The Academy of Television Arts & Sciences’ history. HBO continued its streak of earning the most Emmys—23, including those revealed at the Creative Arts ceremonies Sept. 9 and 10—although it tied with Netflix, which in 2018 led the nominations tally for the first time with 112.

The Television Academy this year honored newcomers and repeat winners alike. Following last year’s impressive Emmys showing from Hulu, it was unclear whether the network’s “The Handmaid’s Tale” would repeat its success in drama categories, especially given the return of HBO’s record-breaking juggernaut “Game of Thrones.” In the end, voters opted for the latter, giving the fantasy hit nine total wins and crowning it the year’s best drama (and extending its Emmy record of most wins for a scripted series to 47 total). In accepting the top prize, showrunners David Benioff and D.B. Weiss thanked author George R. R. Martin and their collaborators. “A show is only as good as the people who make it,” said Weiss. “We’re blessed and lucky to have the greatest cast and the greatest crew.”

But other than Peter Dinklage’s third “Game of Thrones” win in the supporting actor category, voters spread the love among drama contenders; leading actress Claire Foy and director Stephen Daldry won for Netflix’s “The Crown” Season 2, and the writers of FX’s sixth and final season of “The Americans” and its leading actor Matthew Rhys took home trophies. A visibly astonished Thandie Newton accepted her first Emmy for Season 2 of HBO’s “Westworld.”

The first season of HBO’s dark comedy “Barry” earned acting statues for Henry Winkler and series co-creator Bill Hader. “I took classes at Second City L.A.,” said Hader in his acceptance speech. “I was taught there that you should always make the other people look good. So what I did was I hired a bunch of really great actors that made me look really good. I share this with the cast.”

Stay tuned at backstage.com/awards-season to keep up with industry updates and coverage—and to prepare for film awards season, which is just around the corner!

Jack Smart
Jack Smart is the awards editor at Backstage, where he covers all things Emmy, SAG, Oscar, and Tony Awards. He also produces and hosts Backstage’s awards podcast “In the Envelope” and has interviewed some of the biggest stars of stage and screen.
END_OF_DOCUMENT_TOKEN_TO_BE_REPLACED