6 Genius Ways to Memorize Your Lines 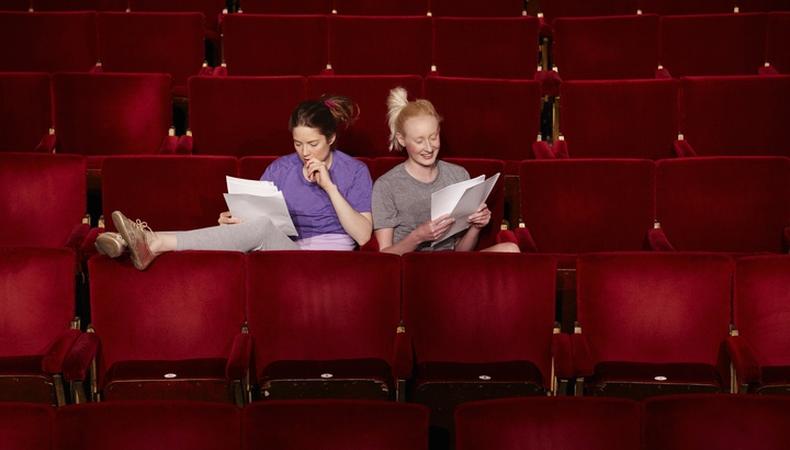 For some actors, memorization comes easy. For others, it can be the very bane of their existence. Wherever it is you land on that spectrum, memorizing lines is and will remain an essential component of quite literally every project which you undertake throughout your career.

Even if you’re the kind of person who has trouble memorizing a Starbucks order, there’s no need to panic! We consulted with our Backstage Experts and rounded up some of the most useful pointers for line memorization—no mnemonic devices included!

1. Know what you’re saying.
“The first time you run through it, just listen to the words. Focus on pausing between each line, really absorbing what’s being said and going over the scene many times in many different ways, playing with intention, actions, and pacing. Try it sitting and standing, and allow yourself to make mistakes and explore every way not to do it, while also getting more and more comfortable with the lines. Focus on the ‘why’ and the circumstances, which will help you learn the scene on a deeper level. If you forget your lines, you can find your way back because you really understand what’s going on.” —Matt Newton

2. Technology is friend not foe.
“No time to rehearse with a friend or family member? Line-learning apps are becoming increasingly popular—especially among teen and young adult actors who need to prepare for auditions. One that we’ve found to be useful is Rehearsal. Users can upload their scripts to the phone app straight from their email inboxes, highlight their lines, record their scene partner’s lines, and memorize! Super useful and efficient. The app also has functionality to record voiceover auditions that you can send directly to your agent or manager.” —Mae Ross

3. Sound it out.
“Write the first sentence on your pad of paper and speak the words out loud as you write; not after you write, but as you write the sentence. This way, you are writing, speaking, and in essence, drawing the words into your muscles, both mentally and physically. You are beginning to viscerally digest your words.” —Kimberly Vaughn

4. Use your imagination.
“From the very first time you see the scene, read it like a good novel and imagine yourself in the scene as if it were real. This will already start making the reality and flow of the scene make sense to you. Make sure you understand what is making you say your words and what causes you to transition from one beat to the next.” —Cathryn Hartt

5. Give "memorization" the Voldemort treatment.
“I am vehemently against that word, [‘memorization’]. Just like in Shakespeare, once you understand the meaning behind the words, then his words flow freely as if they are the actor’s own words. Memorization is also not comprehension. Just because an actor memorizes a sequence of words doesn’t mean they understand the words—that’s why actors can be thrown off so easily in the room when they flub or mispronounce a word.” —Killian McHugh

6. Seeing is believing.
“Try memorizing images instead of lines. It’s a technique I use whenever I’m directing actors to play Shakespeare or any material that employs imagery or descriptive language, but it works with all material as long as the actor has an imagination. I’ve seen actors use it to memorize entire acts of a play in a weekend. Simply associate a specific image or visual with each of your lines and your lines will come to you much faster. Obviously, it helps if the material is of a certain nature, but you can take even the most ordinary, boring dialogue and associate images with it as long as you have an imagination. Worth a try!” —John Swanbeck

Casey Mink
Casey Mink is the senior staff writer at Backstage. When she's not writing about television, film, or theater, she is definitely somewhere watching it.
END_OF_DOCUMENT_TOKEN_TO_BE_REPLACED