George Clooney: 'I Learned A Lot From TV' (Video) 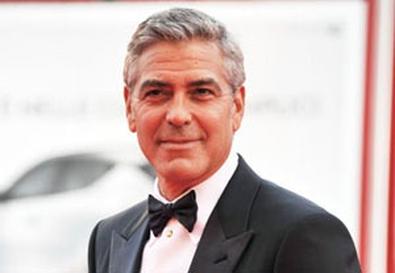 Photo Source: Pascal Le Segretain/Getty Images
While George Clooney is an Oscar-nominated director and screenwriter and Oscar-winning actor, he learned a lot about acting from working in television.

"When you work on a sitcom, you actually have to do a lot of writing as an actor and the writing you're doing is mostly just fixing things," says Clooney, who starred as Dr. Doug Ross on "ER" for six years. "The script is changing every day so much, and the actors have so much input with their characters that you learn to just nail things down."

In the first video, Clooney speaks with "The Hollywood Reporter's" Todd McCarthy about the differences between working on a film set and a TV set, emphasizing that it's more important to be nice to people in TV.

"There was an understanding of storytelling," says Clooney, who's latest film, "The Ides of March," is in theaters. "There's also an understanding that success is such a fleeting thing and understanding to appreciate when things go well is a very big thing to take away."

Clooney's big break was arguable "Out of Sight," a film he did with director Steven Soderbergh, which he discusses in the second video. Clooney has starred in six movies with the director, including the "Ocean's Eleven" movies, and the two also formed the production company Section Eight, which shuttered in 2006.

Clooney has also appeared in three films with the directing brothers, Joel and Ethan Coen, of whom Clooney says, "You could argue that they're probably one of the best duo of directors of all time in terms of consistently good work."

"It's impossible," jokes Clooney, mocking their laughter, which he describes as sounding like "seagulls mating." Clooney says he pits the two against each other when receiving direction.

"What you do is you wait till they come over to tell you, and you go, 'Well that's not what your brother said,'" he teases.

Watch both videos below.