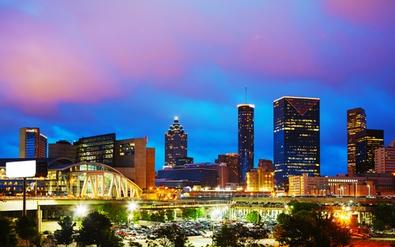 The Peach State is one of the top destinations for big-budget features and television series because it has one of the most robust production incentives in the country. In fact, the incentive is so effective, it also draws the kind of productions that help actors survive—commercials.

Atlanta casting director Annette Stilwell cast her share of features in the 1980s, when Georgia was experiencing its first production boom. When that work dried up in the 1990s, she switched to commercial casting. Since then, Stilwell has become one of the city’s top casting directors for national spots, some of which have “motion-picture budgets.”

“Most of my clients are from California, New York, or wherever, because I do predominantly national spots,” she says. “I’ve worked on commercial projects that had $1-million-dollar budgets.”

The reason commercials get big budgets in Georgia? The state’s tax incentive—which converts a large chunk of in-state production expenditures into transferable tax credits—applies if they have a minimum budget of $500,000 to spend in-state. Commercials, film, and television productions get up to a 30 percent tax credit.

While film and television roles can help propel an actor’s career, a big-budget national spot can provide a nice residual check for a performer.

And that’s because there’s a chance to do everything in Georgia. The state’s incentive program, which was launched in 2008 and has since been improved with state Department of Revenue auditing, has brought in a full range of productions.

“Georgia’s just got everything you want—really great infrastructure, good crew, stages—for a big-budget film, and all the way down to the indies and TV series as well,” says Dama Claire, an L.A.-based production executive well-versed in states’ incentive programs.

Claire notes that Vince Vaughn’s new feature, “Term Life,” is shooting in Georgia, as is the reshoot of “Fast & Furious 7,” and the new James Bond film, which has the working title “Bond 24,” and is expected to shoot there in the fall. Moreover, “Need for Speed” shot there, and AMC’s “The Walking Dead” and ABC’s “Resurrection” also call the state home.

“Georgia’s also been really good in keeping up with new media,” Claire adds.

In addition to the tax credit, the state has developed a crew and infrastructure base. “We’ve had 11 sound stage announcements in the last four years,” she says.

There’s even more on the way, as developer Jim Jacoby is readying the Atlanta Media Campus & Studios on the edge of the city.

“We’re seeing a lot of crew people move here and we’re also seeing a lot of producers moving here now,” Thomas says. “It looks like it’s going to be a very busy spring.”